As one of the key outputs of the Nunataryuk project, the Grid Arendal together with Nunataryuk project partners will create a first ever Arctic Permafrost Atlas, an innovative new publications aiming at presenting the project reserach results in a more holistic way combining the physical changes of the Arctic coast to how changes in permafrost affect human communities in the Arctic.

It will be a 100-page coffee table–style book that will draw in a general audience as well as researchers and scientists. Half of the pages will be dedicated to maps, graphics, and photographs, including portraits of Indigenous people and others who live and work in the Arctic. Scientists from all 26 Nunataryuk partner institutions will contribute data, findings, ideas, and visuals. 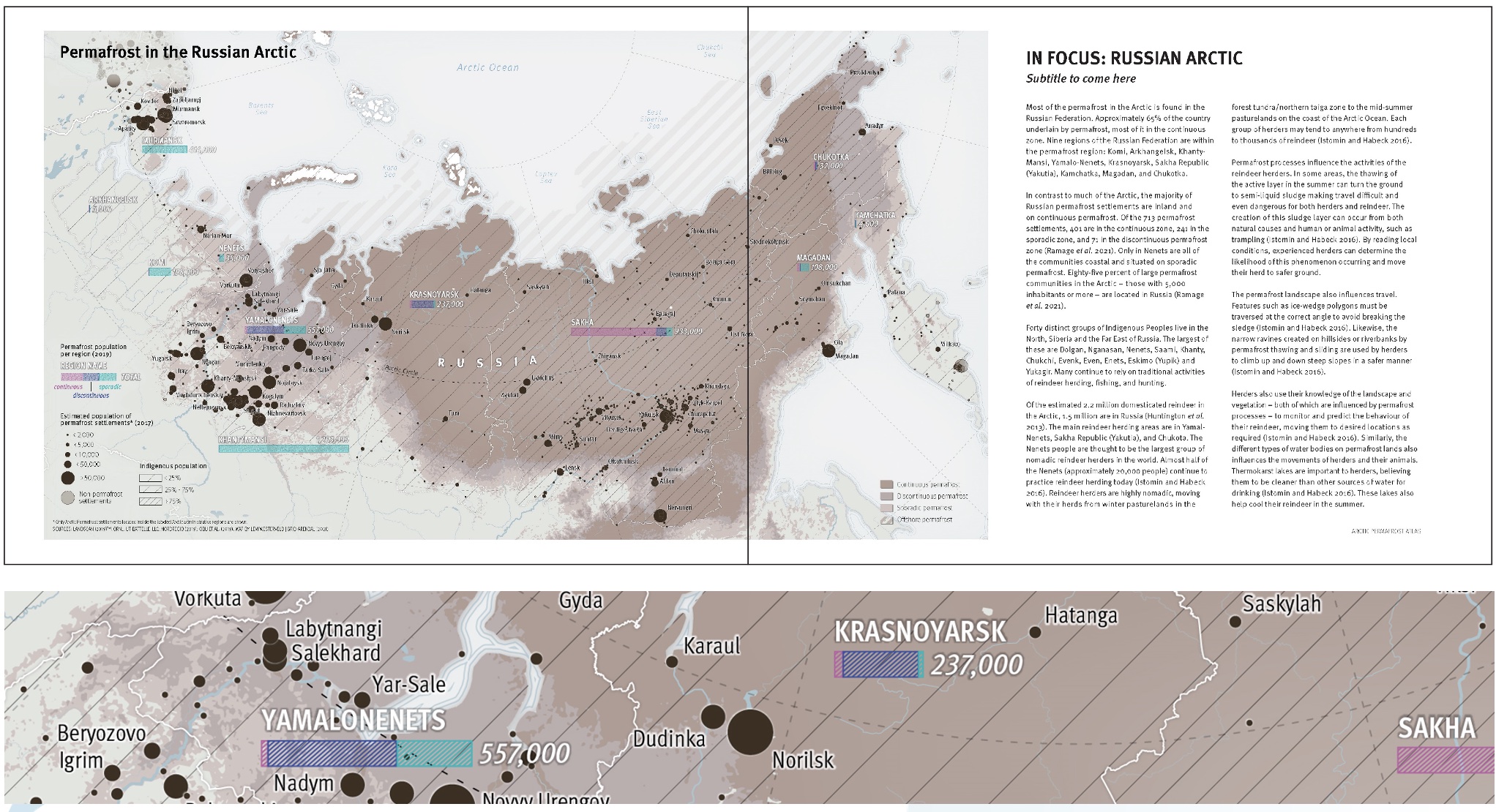 The work on the Arctic Permafrost Atlas started back in 2019 with initial brainstorming and in March 2021, as part of our online annual meeting, an interactive workshop to contribute to the atlas' table of contents was organized. The table of contents serves as a skeleton of the atlas, guiding scientific writers and cartographers as they draft text and develop concepts for maps.

Read here “You are muted” How researchers across the world came together digitally to share knowledge about permafrost. A story about the exercise created by Grid Arendal.

Read here "Behind the scenes: Making maps for the first Arctic Permafrost Atlas". A background story how the maps come about by Levi Westerveld.

After the available data was clear and the structure of the atlas finalized it was time to concentrate on the visual design of the atlas. Maps are perfect for visualizing environmental variables such as snow cover distribution, temperature anomalies, or population density, but it is considerable more difficult to create visuals that explain in a meaningful way what the environmental changes mean for communities or their cultural heritage.

Firts visualization produced  in this process is based on newly published paper within Nunataryuk by Justine Ramage et al.  The "Life on frozen ground" map shows the current population in settlements built on permafrost. It shows how 4.9 million people live in 1,162 permafrost settlements across the eight Arctic countries in 2017, the latest year for which data were available.

Read here "How many people live on permafrost? It took an interdisciplinary team to find out." A story about the creation of the map together with the scientists by Grid Arendal.

Currently, the first chapters of the atlas are been drafted by science writers, while more maps and other graphcs are being formulated with scientists. The finalized Arctic Permafrost Atlas will be released in 2023 and published in both print and digital formats.