Permafrost and the risk of anthrax transmission

A recent outbreak of anthrax disease, severely affecting reindeer herds in Siberia, has been reportedly associated to the presence of infected carcasses or spores released from the active layer over permafrost, which is thawing and thickening at increasing rates, thus underlying the re-emerging nature of this pathogen in the Arctic region because of warming temperatures.

Anthrax is a global zoonotic and epizootic disease, with a high case-fatality ratio in infected animals. Its transmission is mediated by environmental contamination through highly resistant spores which can persist in the soil for several decades. 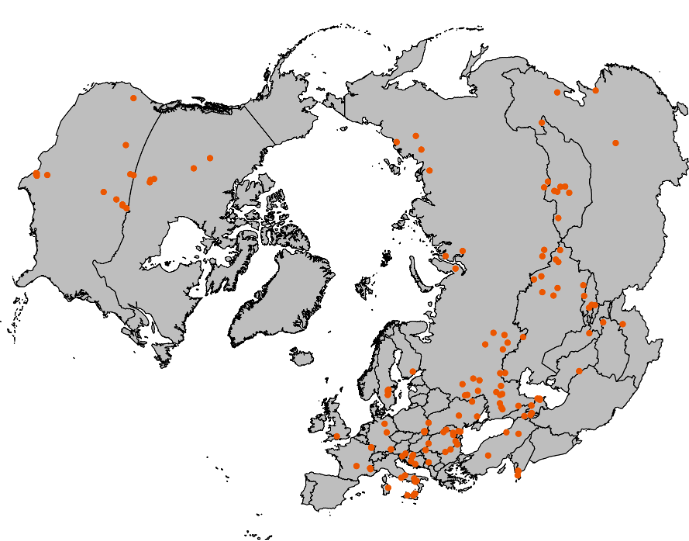 In a new study by Nunataryuk partners, published in Nature Scientific Reports, the authors have developed and analyzed a new epidemiological model for anthrax transmission that is specifically tailored to the Arctic environmental conditions. The model describes transmission dynamics including also herding practices (e.g. seasonal grazing) and the role of the permafrost active layer as a long-term storage of spores that could be viable for disease transmission during thawing periods.

Results show how the temporal variability of grazing and active layer thawing may influence the dynamics of anthrax disease and, specifically, favor sustained pathogen transmission. Particularly warm years, favoring deep active layers, are shown to be associated with an increase risk of anthrax outbreaks, and may also foster infections in the following years.

The results enable preliminary insights into measures (e.g. changes in herding practice) that may be adopted to decrease the risk of infection and lay the basis to possibly establish optimal procedures for preventing transmission; furthermore, they elicit the need of further investigations and observation campaigns focused on anthrax dynamics in the Arctic environment.