Right before Christmas group of Nunataryuk Early Career Researchers sat down (virtually) with Billy Storr, JD Storr and Janelle from the Aklavik Hunters and Trappers Committee to elaborate on the ongoing Nunataryuk activities at and around Aklavik, in the Yukon coast in Canada.

The meeting aimed at introducing the different Nunataryuk projects going on at the site and to present results from already concluded projects.

The discussions after the Nunataryuk presentations concentrated on hearing from the AHTC side how this knowledge could be useful to them, how our and other research could best be shared locally, how workshops and research in Aklavik should best be organized during the pandemic (do Zoom meetings work? Are online surveys and interviews an useful format?), what the Committee expects  rom future Nunataryuk research in their community and also, in more general terms, what does the community members want to know about permafrost and climate change. 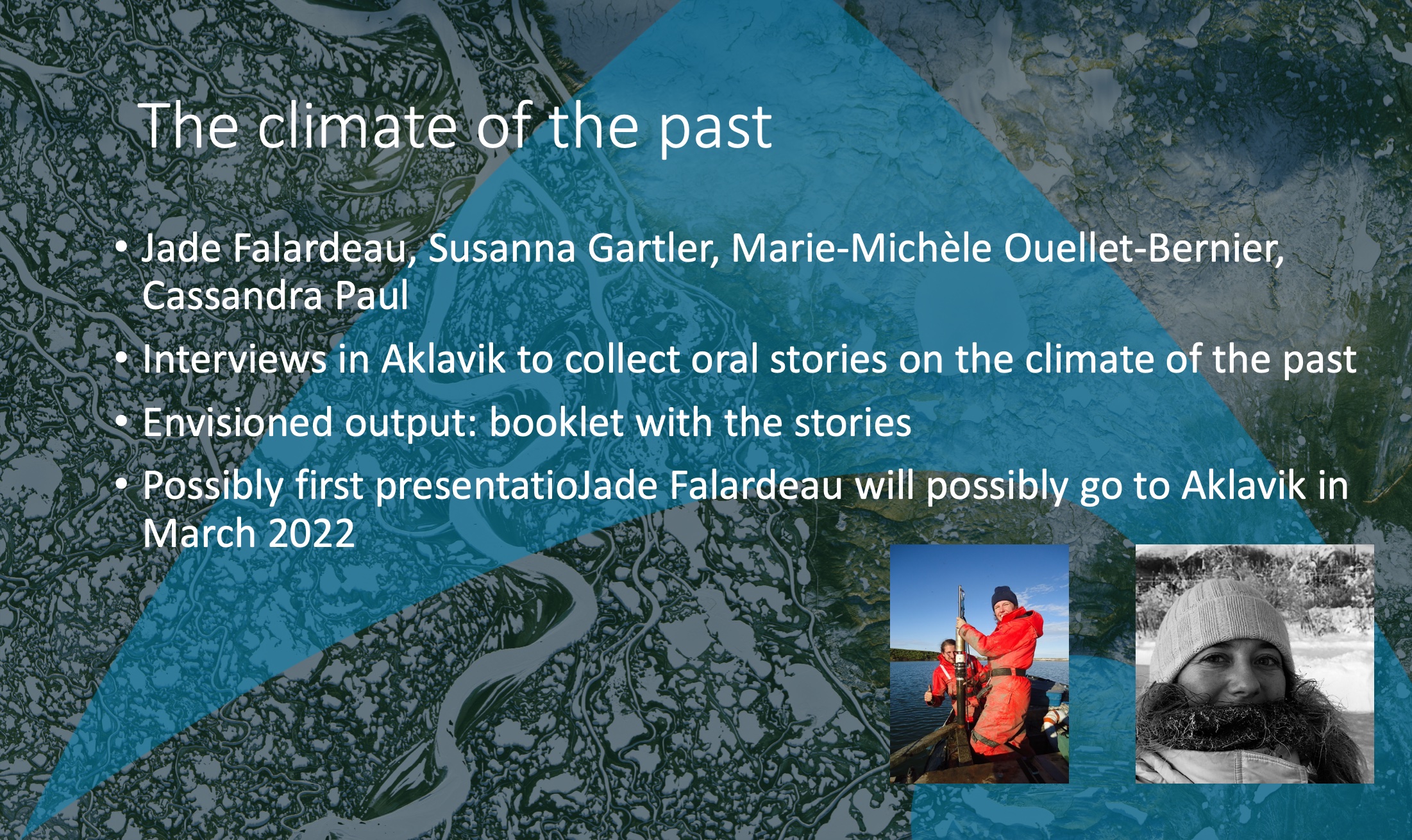 The discussions revealed that permafrost thaw creates big problems in the community. For example people find silt in drainage systems and peoples’ cabins are endangered, which affects the community in great extent. In addition, silt discharge in to rivers and changes in the river system are considered a problem, as is coastal erosion, which is considered a big challenge for the community at large.