In collaboration with locals: ranking of risks related to permafrost degradation

Four Nunataryuk scientists went on their third field trip to Ilulissat to continue the close contact and collaboration with the community and to anchor the forthcoming report on permafrost related risks in local perspectives.

As part of the week-long fieldwork they conducted 21 comprehensive interviews. The scientists worked within a holistic framework that included questions related to risks from the perspectives of health and well-being, safety, planning, engineering, and economy.

Ilulissat is surrounded by mountains, which means that the locality is becoming increasingly confined and this is making desirable building areas more scarce. With an extension of the town and with the new and significantly enlarged airport construction, the increasing pressure on scarce land means that one will built in areas that earlier would have been avoided. One example are the red terrace houses built on permafrost which now are abandoned (see picture below). The current plan is to demolish the houses and built something new, most likely with several floors. 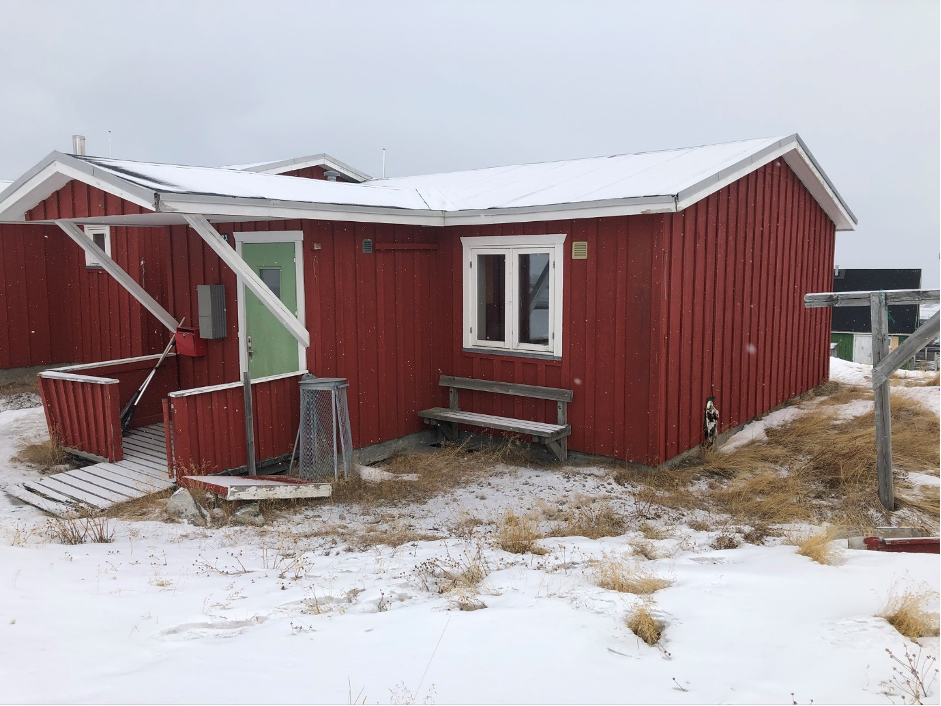 One important outcome of the fieldwork has been the collection of perceived risks from local stakeholders representing both the public & private sector as well as civil society sectors in Ilulissat.

Several stakeholders emphasized in interviews that all current risks can be avoided with the necessary financial resources. However, competition for the scarce financial resources is significant with many divergent views on how best to use these funds given the many competing interests.

Current issues and challenges arising from permafrost are managed from the municipal budget that are decided by central government. According to local stakeholders, permafrost challenges are not considered a sufficient reason to receive an increased level of compensation, and for this reason some offices or institutions may look elsewhere or abroad to find the funds to save e.g., the Knud Rasmussen Museum in Ilulissat.

The local museum named after the half Greenlandic half Danish Arctic explorer Knud Rasmussen is severely impacted by permafrost. From the outside the permafrost damage is mostly visible in the staircase. It is the smaller building to the right that is sinking most drastically. One interviewee said that the leaning floors can trigger a feeling of dizziness. Currently there is a cooling plant underneath the floor to prevent further sinking. However, it is a short-term solution, and the municipality’s technical department has assessed that further work needs to be done. The idea is the apply for international funding to save the museum as there are no local funds that can pay for the work needed.

While most houses are built on bedrock, the impact of permafrost thaw on the road network in Ilulissat is something most people experience. In some areas of town the road must carry heavy transport, e.g., ship containers, and one interviewee told stories about how a tractor more recently was exposed to deep bumps that caused severe damages to the vehicle. The interviewee also explained that, in general, company vehicles deteriorate and wear out faster, leading to higher repair and replacement costs. 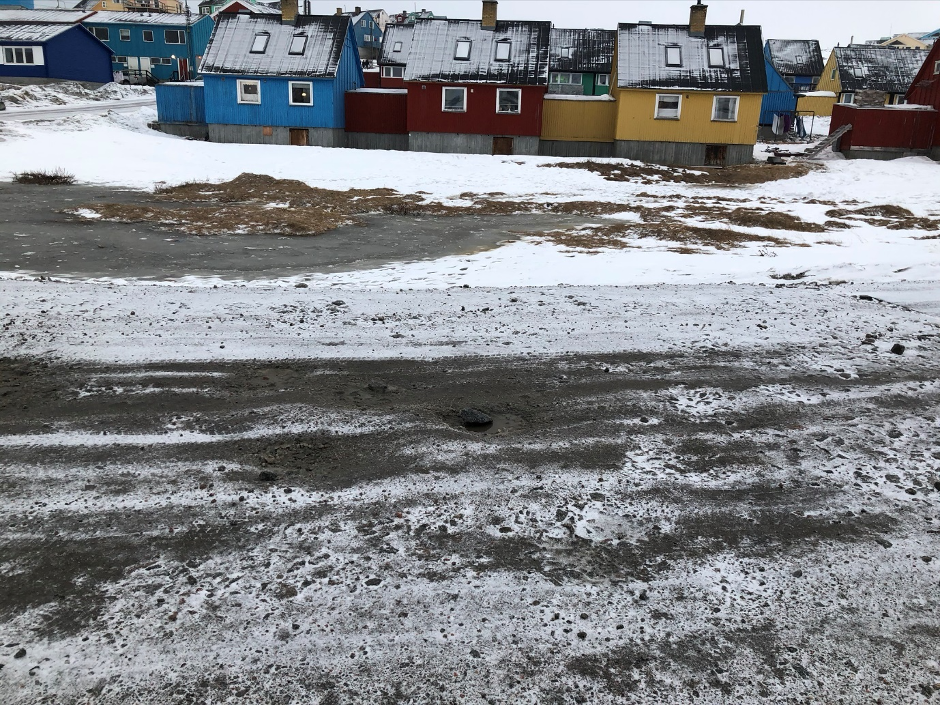 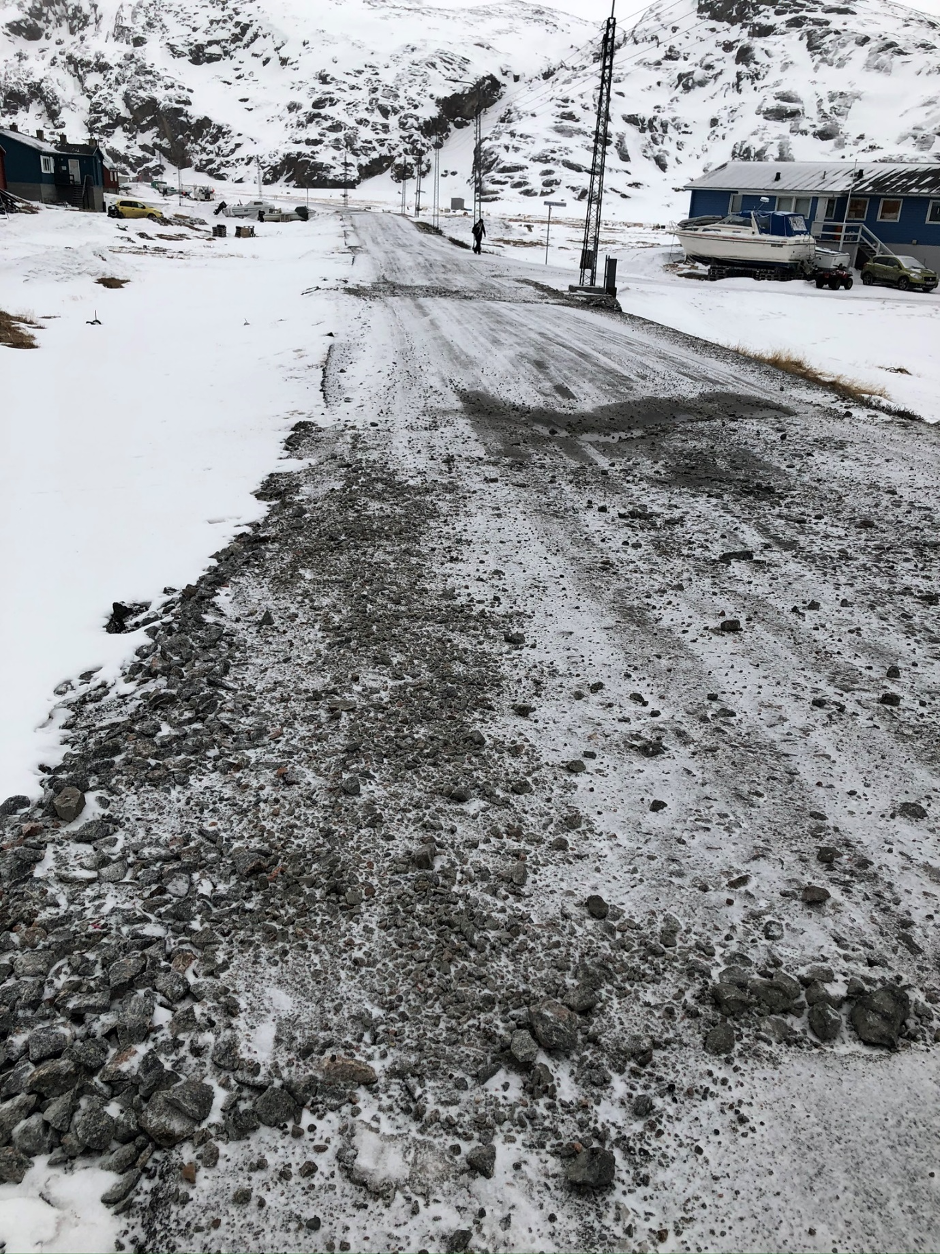 The government owned energy company Nukissiorfiit is responsible for the production of the town´s energy and fresh water supply. Most energy is sourced from hydropower that is transported on wires between masts. Several of these masts are on permafrost and company employees have observed how the masts are slowly sinking further into the ground. Currently, they are monitoring the situation but some of their measurement equipment were eaten by a fox.

The housing company INI A/S administers the public housing stock in Ilulissat, and they also provide important accounts of damages from thawing permafrost in the area. However, as many of the houses they are responsible for have in fact deteriorated to the point where they need extensive repair or reconstruction, they face many issues in addition to permafrost damages. Overall, they lack funding to take care of the repairs needed. Several houses in Ilulissat have also been abandoned due to extensive damage from permafrost thaw, e.g. mould, sewage issues, doors or windows that cannot close properly, etc. 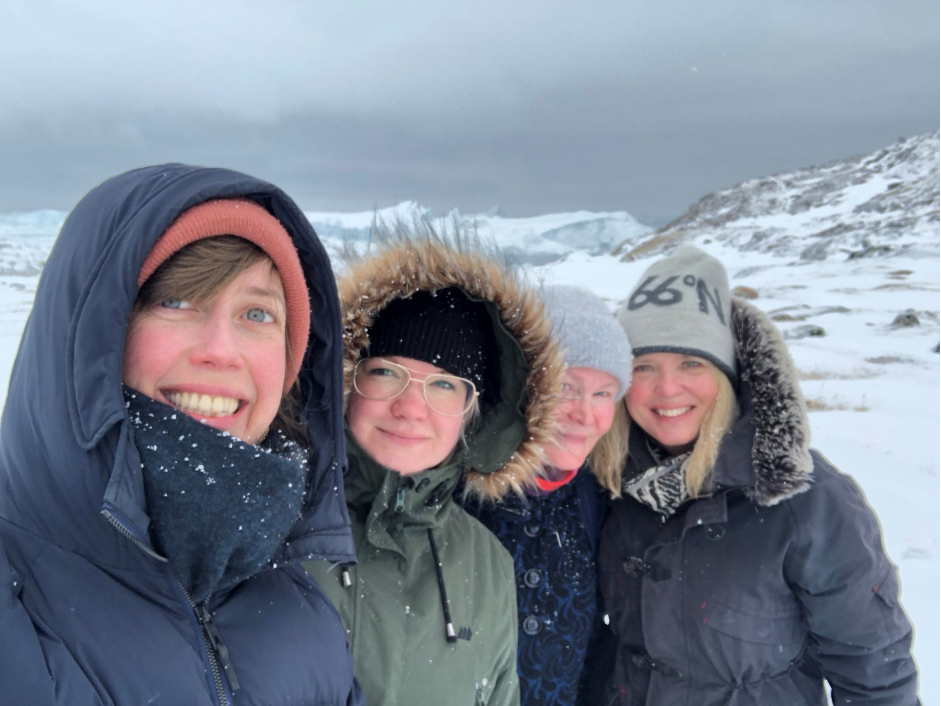