After leaving the boat crew on the Blackstone River, Frederieke and Paul drove north along the Dempster Highway to sample rivers flowing into the Peel River and to reach Fort McPherson, where a Canadian research group is sampling Peel River water for us at the ultimate end of our journey. We also met with representatives of the Tetlit Gwich’in (people of the head waters) First Nation, through whose traditional territory the Peel River flows. The Peel River also flows through the traditional territories of the Vuntut Gwitchin (people of the lakes), the Na-Cho Nyak Dun (big river people) and the Tr’ondëk Hwëch’in (people of the river). In preparation for the trip, we applied to all four First Nations, as well as the Yukon Government and the Territorial Parks, for permits for our work, resulting in a great number of contacts before ever getting to Whitehorse. 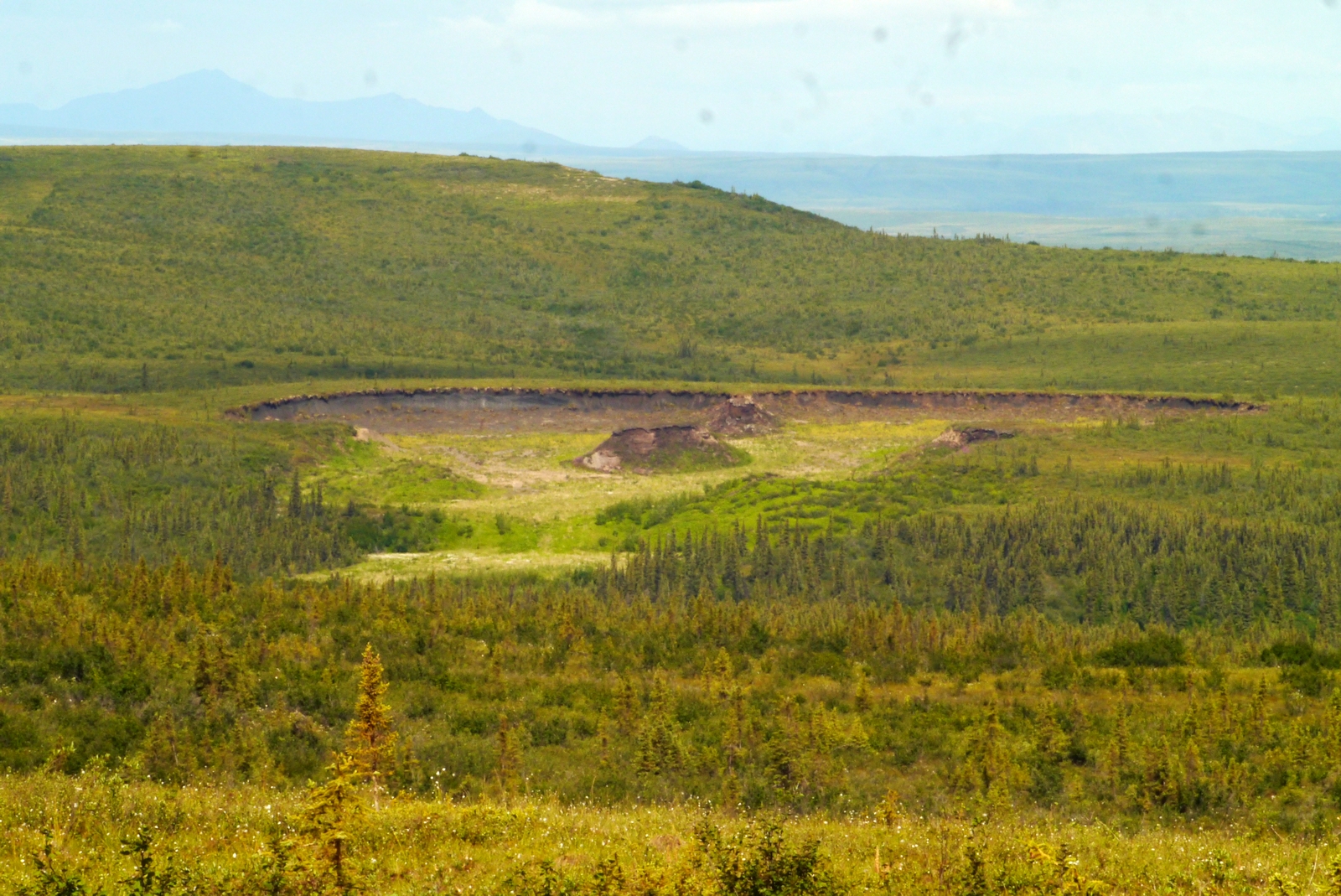 On the way back south, we met Dr. Ashley Rudy from the NWT’s Geological Survey. She and her group were flying out to permafrost slump sites to measure their activity. A slump is a site of severe permafrost thaw, where melting of the ground ice causes the ground surface to collapse and often get eroded. The ground ice that gets exposed by the subsidence continues to melt, so that these features can eat their way into the landscape. Numerous slumps were visible from the road (left picture and online e.g. here), looking like craters in the otherwise green landscape. These features are spread unevenly over the Peel watershed, and their distribution is related to ground ice and composition. When they are active, they release old organic carbon (buried plant material) to the river system, something we hope to measure as we travel downstream.

Over the past week, the river crew has been travelling northward on the Blackstone River through the Ogilvie Mountains, sampling the river, its tributaries and springs. The water levels are lower than the park service has seen in at least 20 years, so they often had to walk the boats over shallow stretches. Nonetheless, they are making good time, and plan to hike out to the road on Sunday evening (the 14th). Via satellite tracker, we get a daily update on their location and how they are doing. Via satellite telephone, they let us know what needs to be replaced or give us ideas on how to improve the next leg. 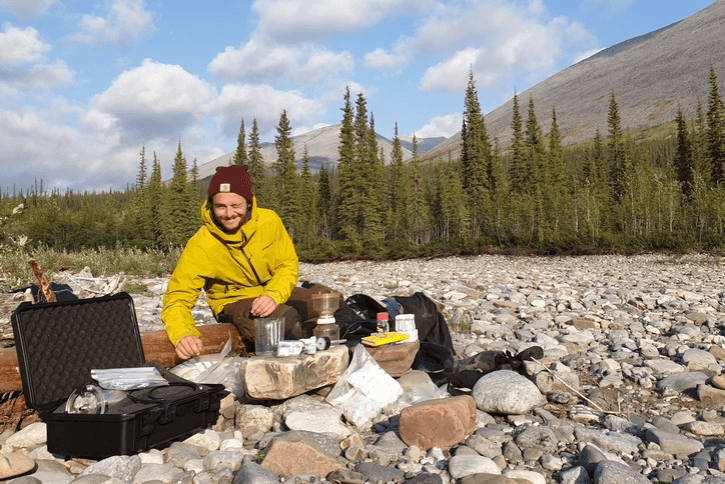 The Klondike Highway stayed open over the past week, although pilot cars were on stand-by to ferry travellers through the thick smoke. For most of the 500 km, the road was shrouded in smoke and the sun, when it was visible, was red. In Whitehorse, we picked up Kirsi Keskitalo (VU Amsterdam), spent two days shopping for supplies for the next two legs, packing and re-packing and setting up a canoe on the truck’s roof. Sunday we head back up the road to meet the boat crew, exchange participants, collect and preserve samples and re-supply the next leg.