George, Jan and Peter retrieved some last sea water samples from close to the coast. This was done by by drilling a hole in the now only 1,5 m thick ice and taking water samples from below the ice. They will help to understand the winter signal for suspended particles in the water. All water samples have now been measured, filtered and prepared for additional analyses at home. 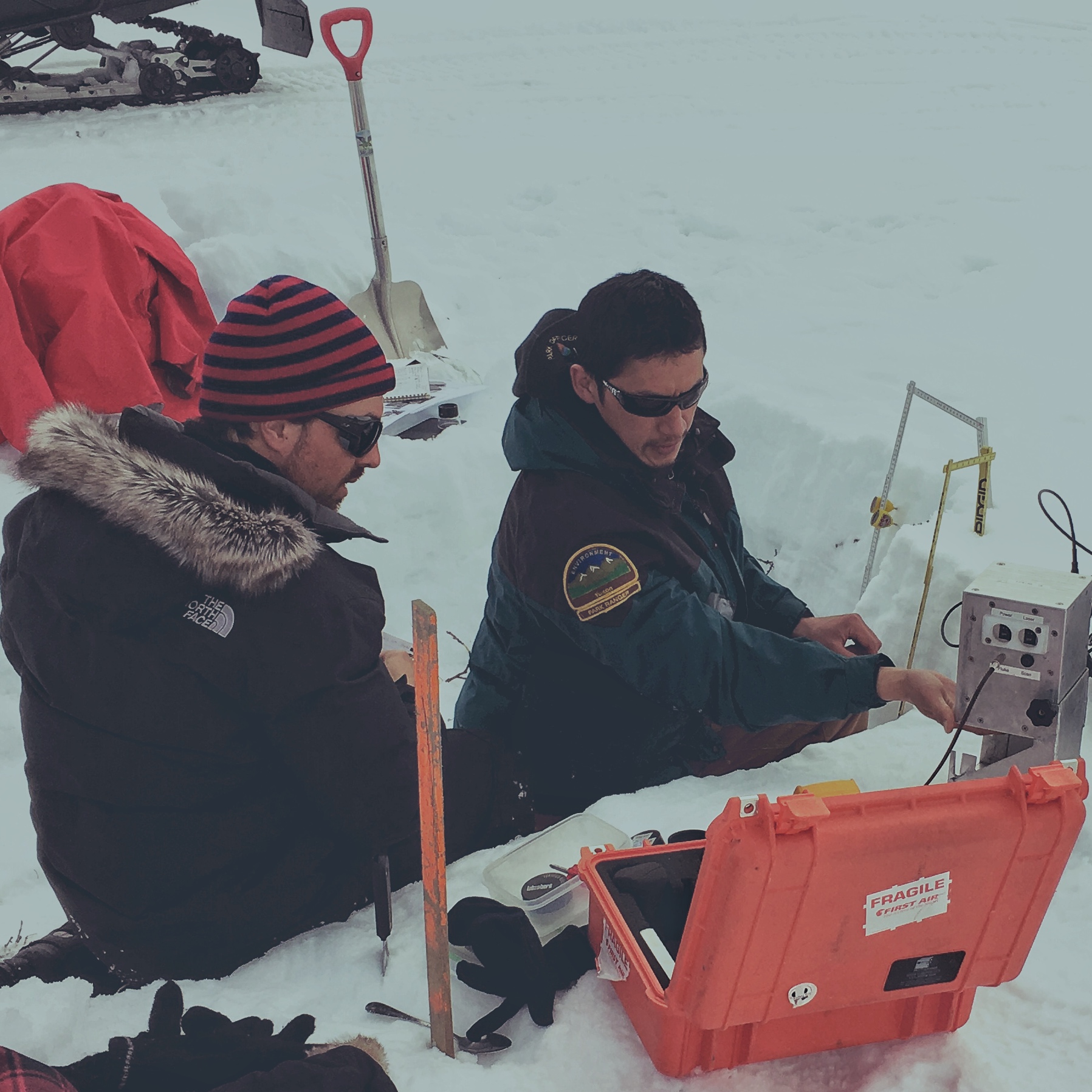 Team snow used one last overflight of TerraSAR-X and visited more snow pits. Hugues and Juliane helped by measuring snow depths along a transect through both arms of Ice Creek perpendicular to the valley slopes. Thick ice crusts at about 70 cm snow depth were a little hard on the equipment, though. Joëlle and Vincent visited a total of 66 snow pits during their three weeks on Herschel Island. They finished by putting up time lapse cameras to monitor the snow pack during the snowmelt period.
We also sorted, recorded, and weighed all samples and cores and packed them in styrofoam ice core boxes. We can leave the island with a light heart and nearly 500 kg of research potential. 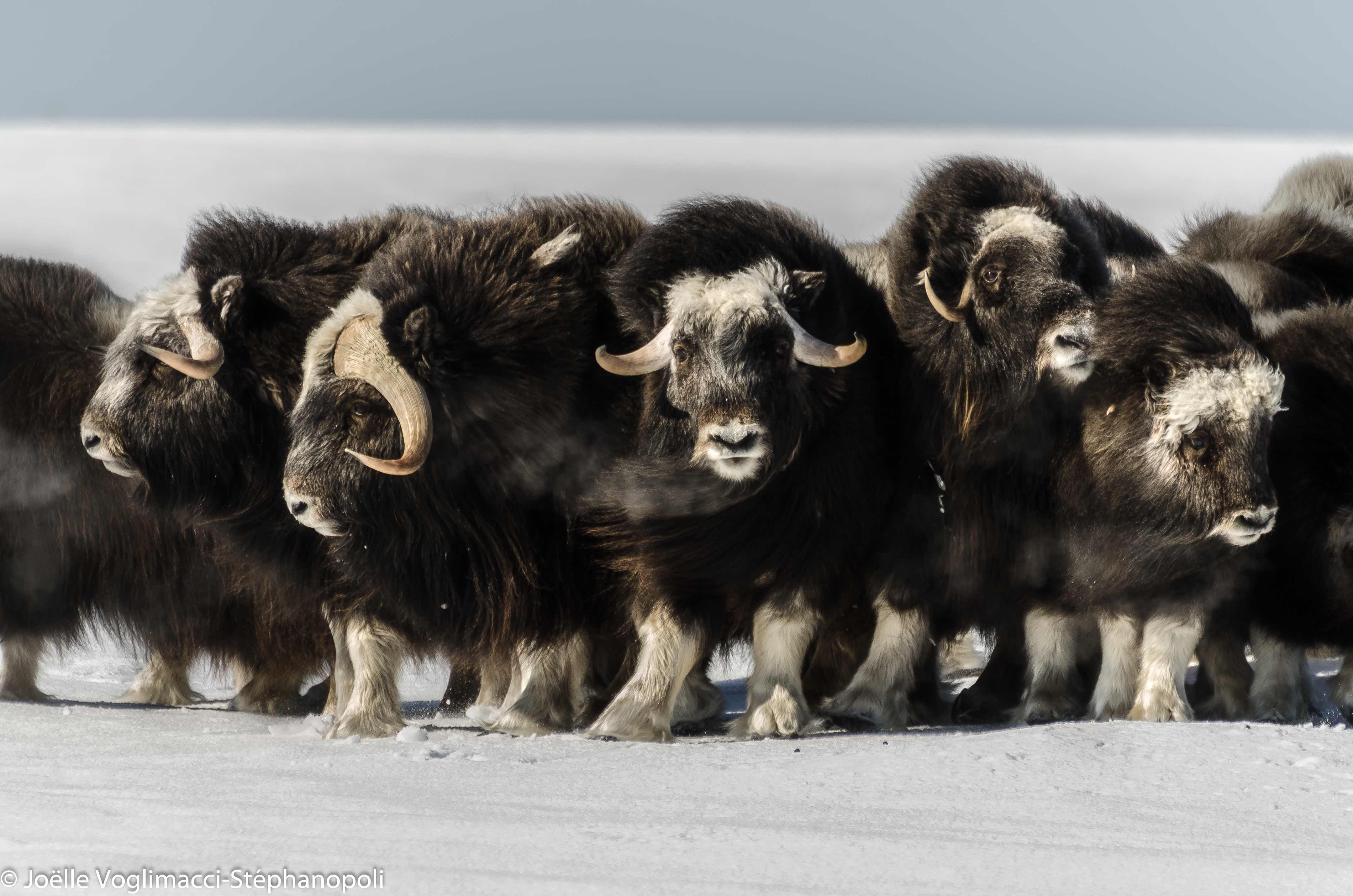 We want to leave everything ready to go for the next field crew, so we are also cleaning, checking, repairing and packing all of our scientific equipment and tools. When we looked up from our work from time to time, we scanned the beautiful snowy landscape for wildlife. We were often lucky. There were many seals on the ice, and there was a muskox herd on the island. They moved in on May 3 with 20 animals. They are keeping to the highest cliffs, where the snow is blown off and they find some grass. There they graze and watch out from their raised vantage point. The same day a grizzly bear woke from its sleep and is now hungrily circling the muskox. We saw a lone wolf at some distance and we continue to see foxes, snowy owls, and ptarmigan. 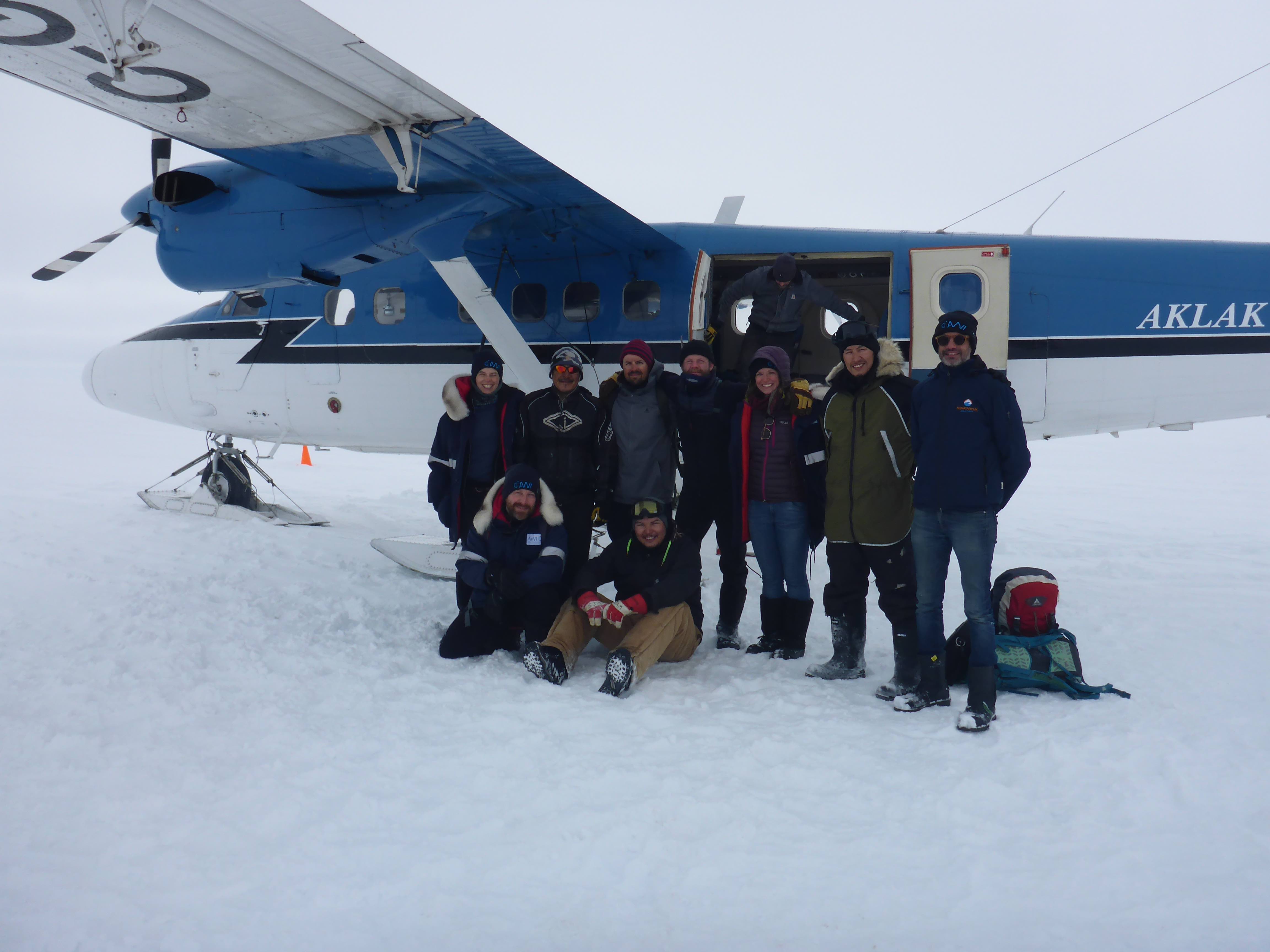 We cannot be certain, but we probably covered several hundred kilometers on the snow mobiles. Now the snowmelt starts, and especially in the delta it is getting wet. The ice road between Inuvik and Aklavik is already closed for larger vehicles. Peter and William are on their way to return the snowmobiles to Aklavik and ultimately to Aurora Research Institute in Inuvik. Our own flights from Herschel Island to Inuvik had originally been scheduled for Monday, 6 May. Just as on the way in, however, we got weathered in. In the end, we took our twin otter flights back to Inuvik on Wednesday (Jan, Joëlle, Vincent, Juliane) and Thursday (Hugues, George). That cut our time for preparing freight and sample transport, packing away gear and managing many other small tasks quite short. But as usual, we managed anyway and will be on our way home to Sherbrooke, Amsterdam and Potsdam tomorrow, Friday, May 9.

All the best from a happy and successful team!