As part of the Nunataryuk WP4 project “Coastal water satellite tracking of organic matter in the Mackenzie Delta in the context of climate change permafrost thaw”, our team conducted an ice-safety training in the largest (412 km2) teaching and research forest in the world, Forêt Montmorency, near Quebec City in Canada. 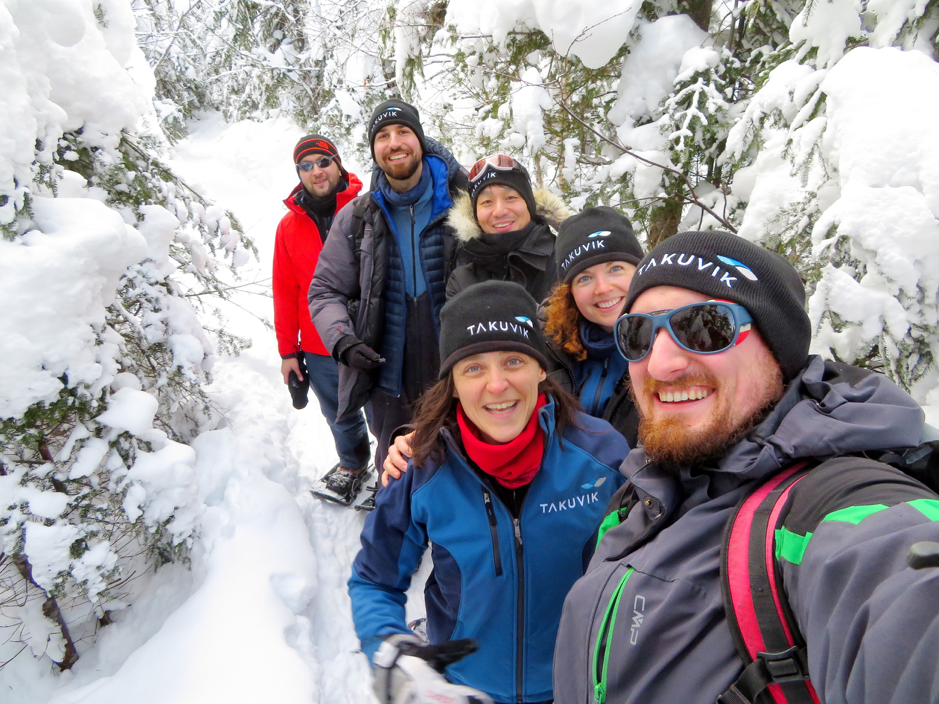 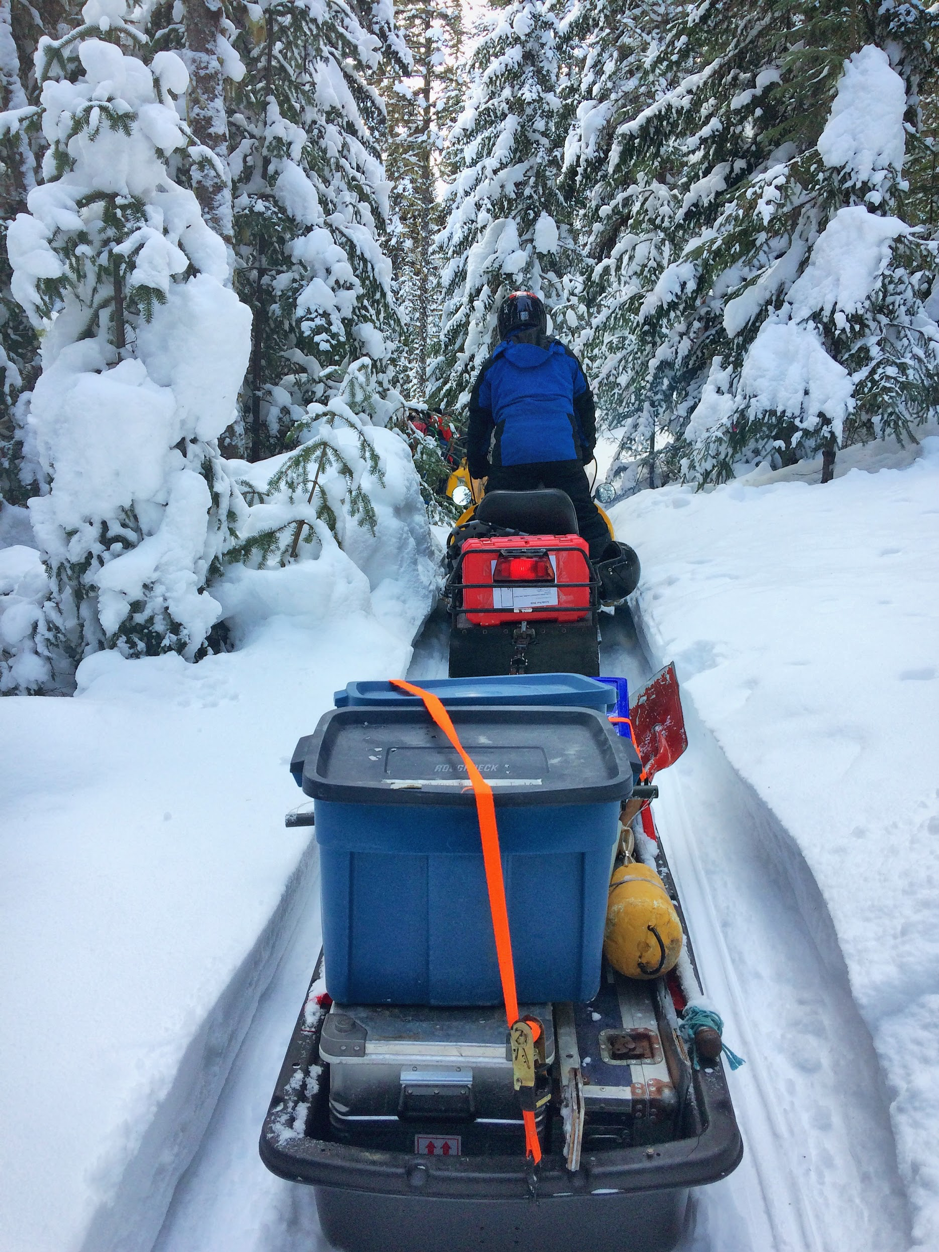 Our team sets up “camp” for the day on Piché Lake (47°19′20″ N, 71°08′50″ W) under partly sunny skies and very mild temperatures (-5oC) for a 4th of February in Quebec. As the snow cover is thick and dense in the region, part of the team snowshoes through the forest to reach Piché Lake, while the remaining team members use snowmobiles and sleds to carry the gear and instruments. 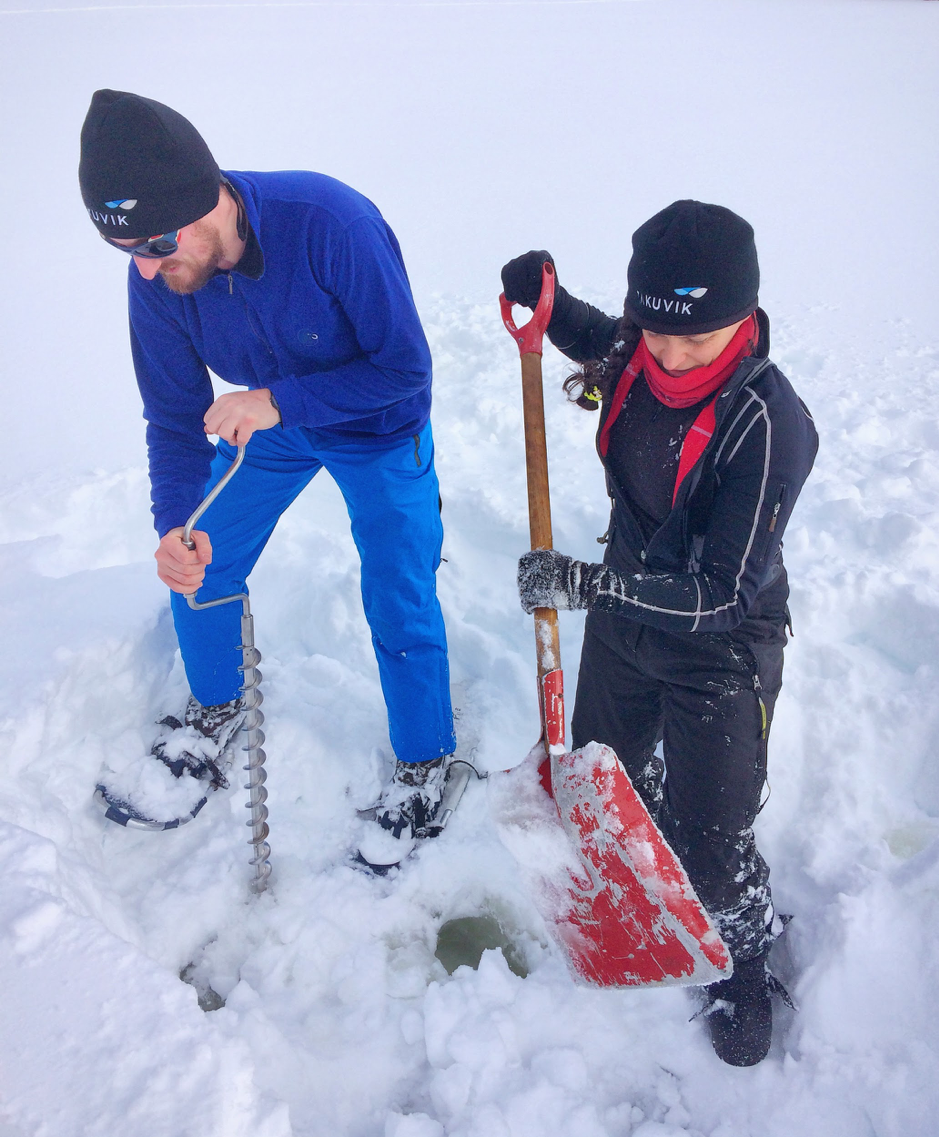 The heavy snow cover on the lake is shoveled to reveal the slushy surface of the ice and trainees take turns practicing the various techniques taught by the mentors: ice drilling and ice sawing, ice coring, water sampling, and the underwater deployment of optical sensors. 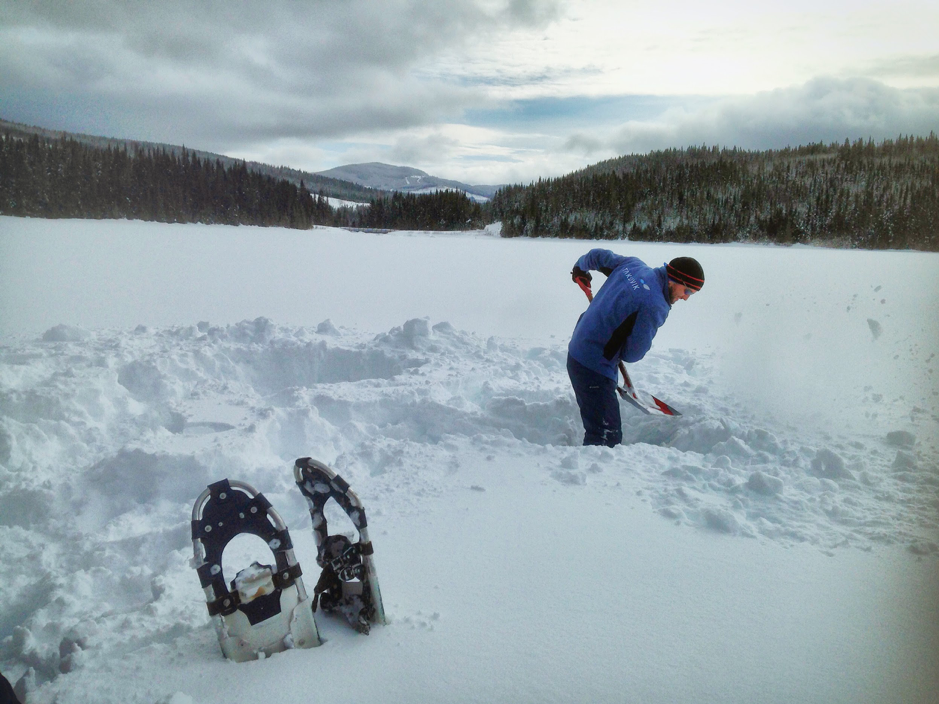 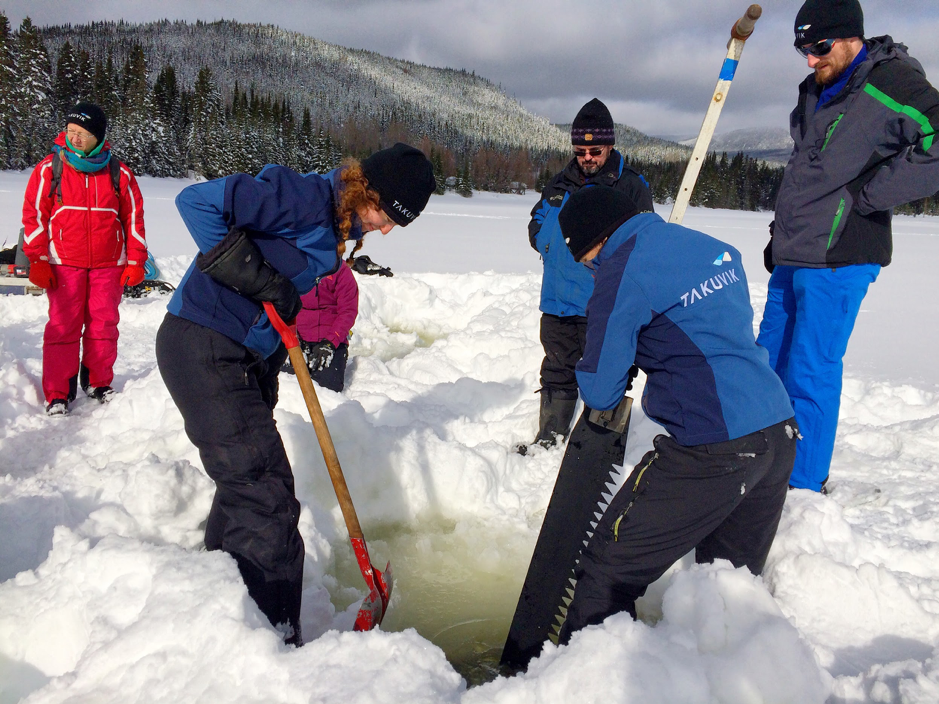 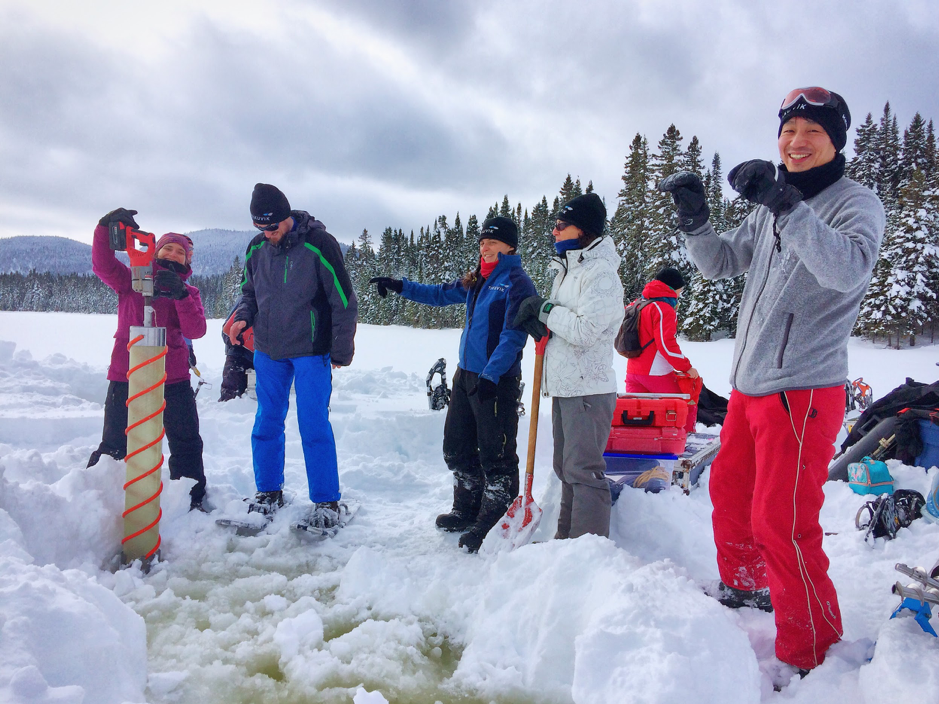 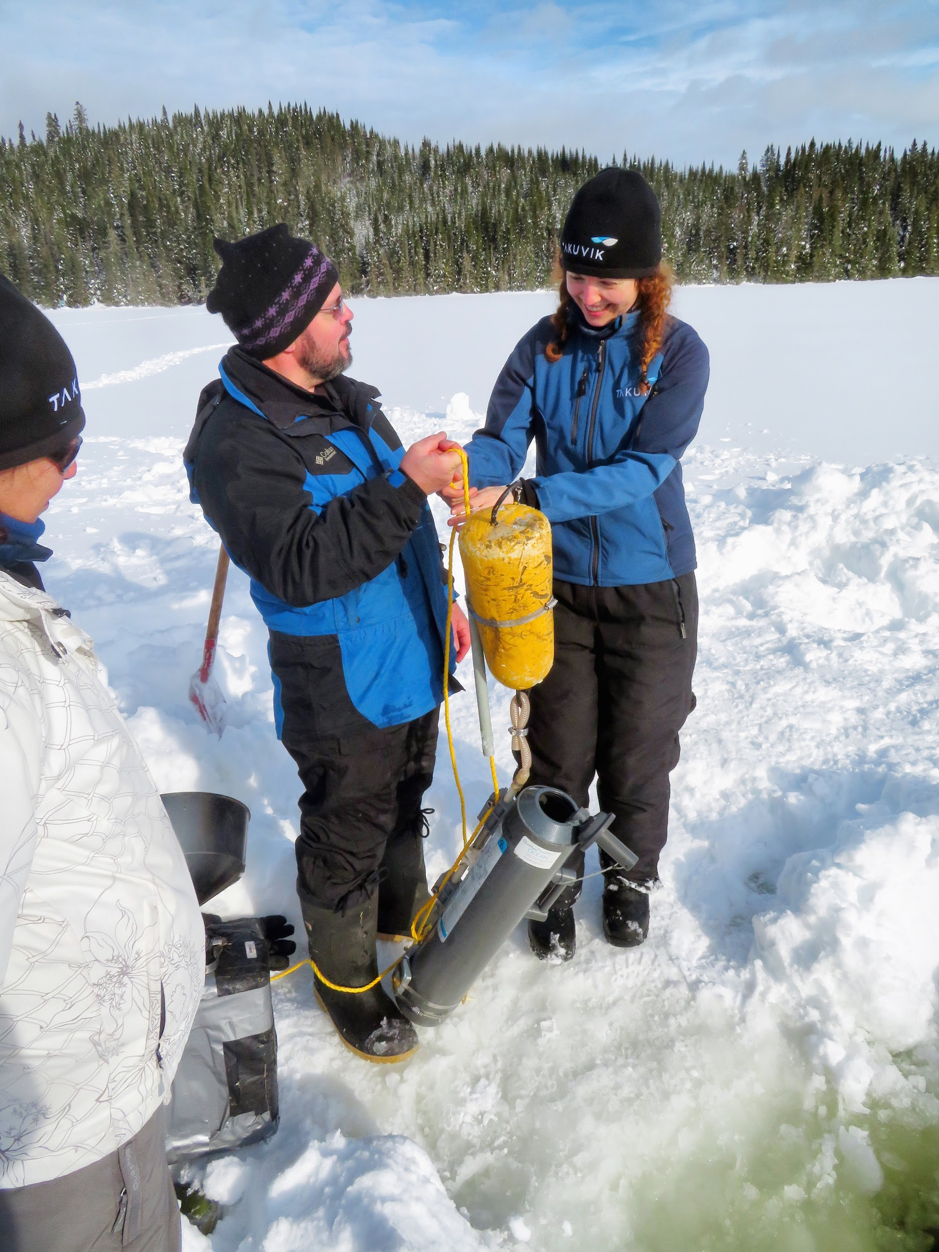 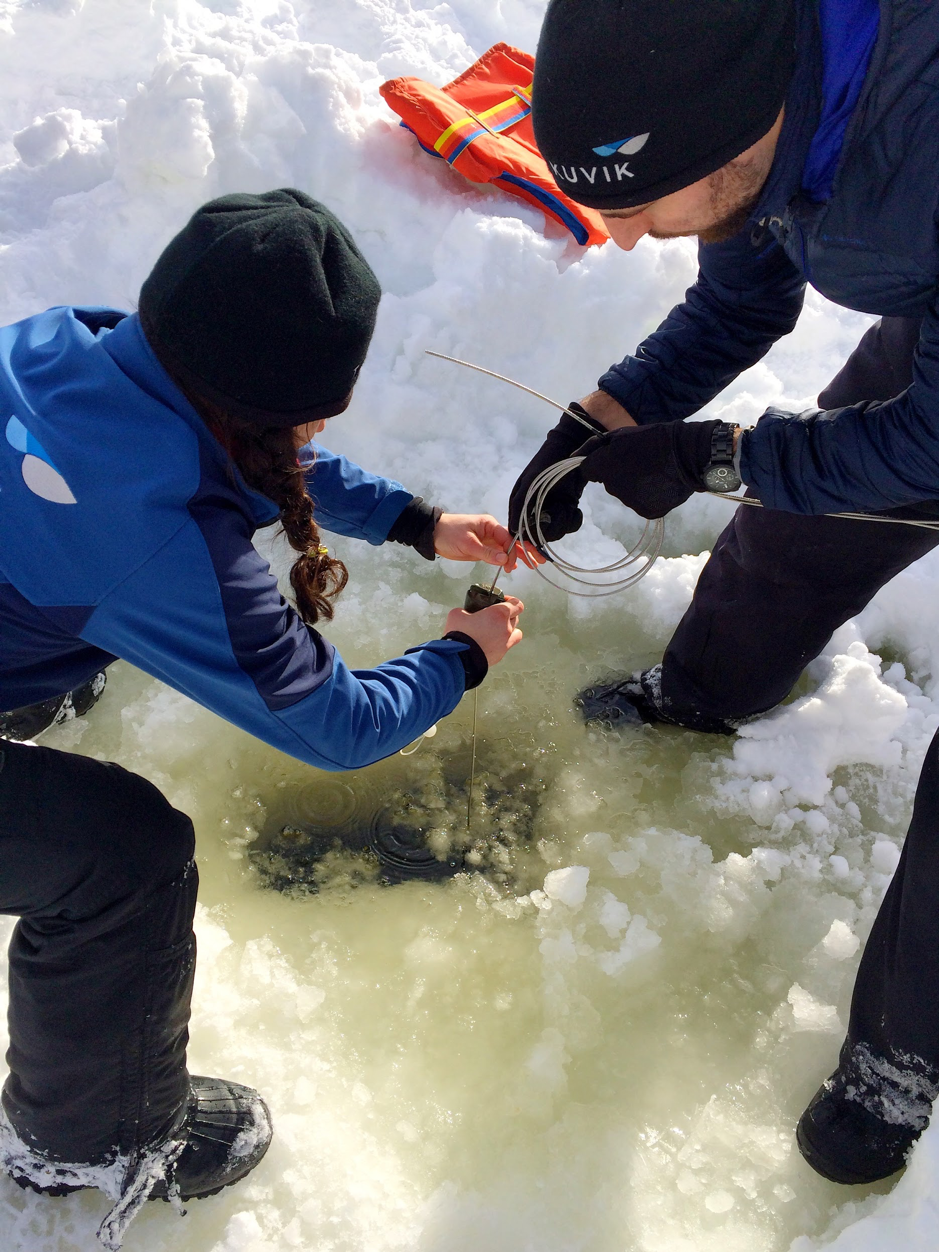 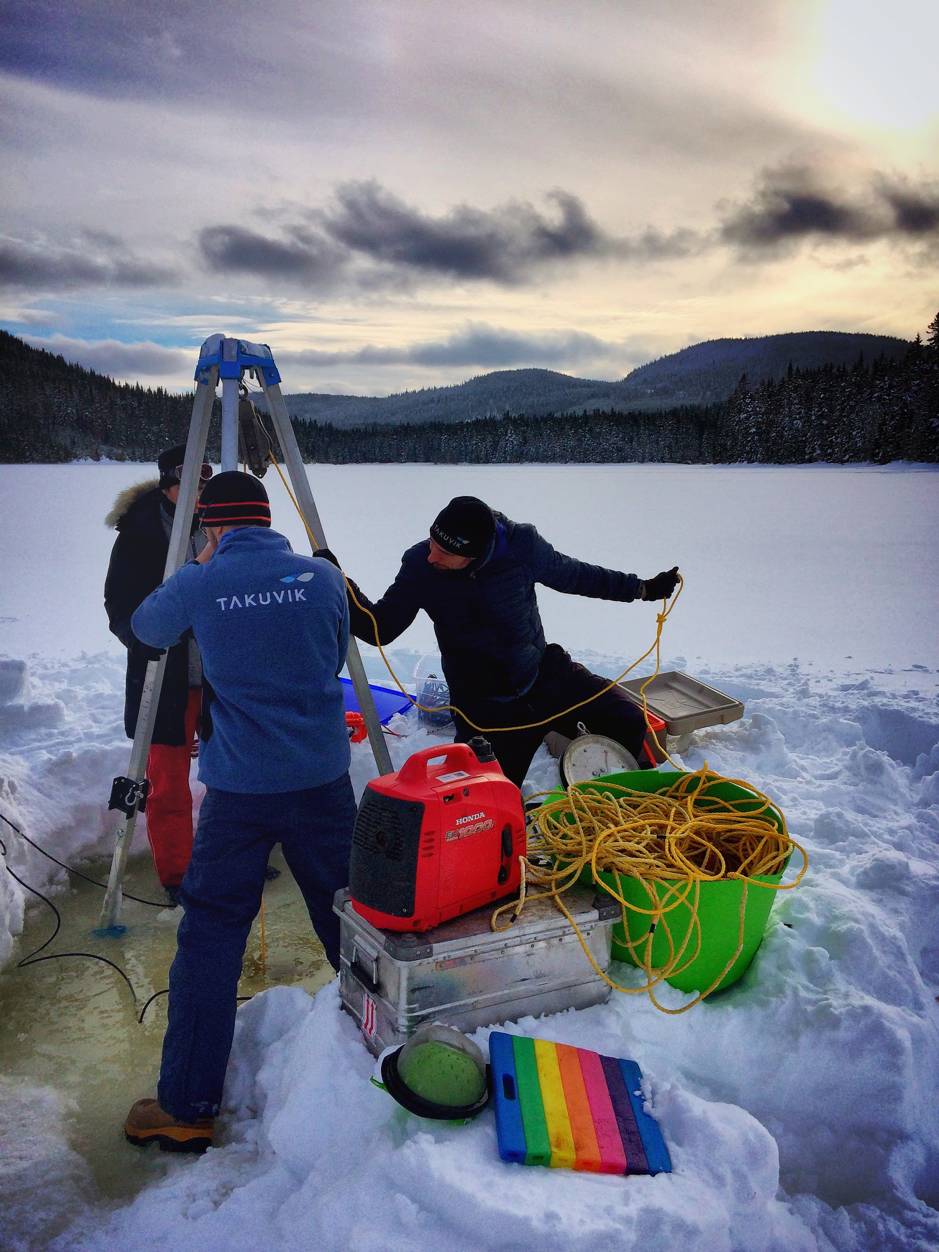 Additional information on the ice and water sampling techniques used during the training session can be found in a technical video produced and edited by Christian Katlein. Among new scientific gear being tested in the lacustrine waters that day: a niskin bottle modified by Sylvain Blondeau and José Lagunas-Morales (Takuvik research engineer) to be deployed from a helicopter during stationary flight (hovering) over the coastal waters of the Mackenzie Delta in June 2019. The bottle has been engineered to trip as soon as a top-seated float comes in contact with the surface of the water. 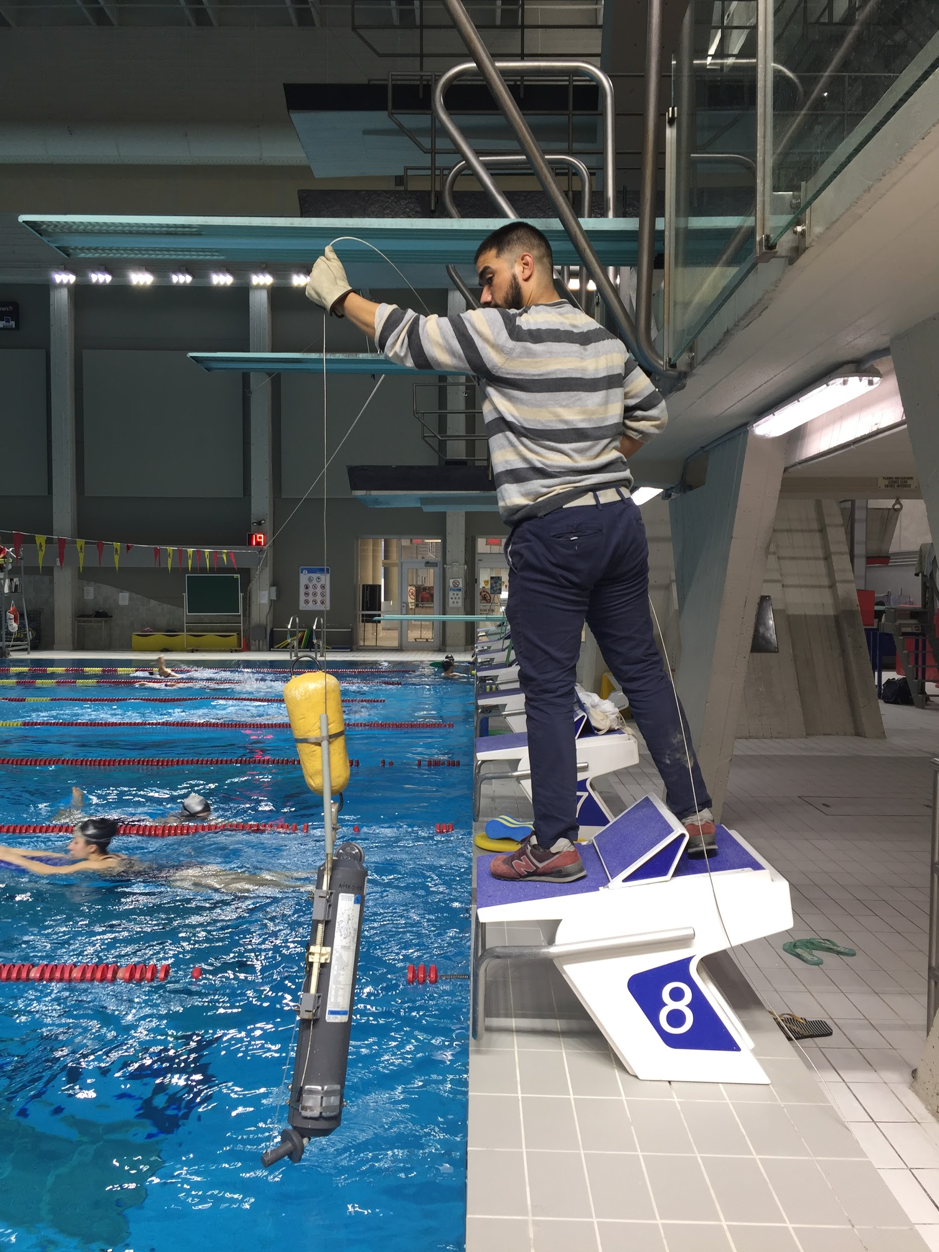 After trying out the assorted techniques and taking a short lunch break, the team members rise up to a final challenge: practicing for a mock station in the most efficient (less than 1 hour) and safest way possible. The team goes through the motions smoothly and, as the sun sets behind the evergreen wooded horizon, the team finally packs up confident with their skillset and team mates.

Stay tuned for the next entries in our preparatory field diaries: a consultation tour with Hunters and Trappers Committees in Inuvik, Aklavik and Tuktoyaktuk; a Helicopter Underwater Egress Training offered by Survival Systems Training in Dartmouth; and a BK 117 helicopter trial flight with Great Slave Helicopters in Calgary.