As one of the teams involved in Nunataryuk's Work Package 2 that deals with the dynamics of Arctic coastal environments, our role is to conduct high resolution mapping to provide a snapshot of the present state of the coast and to assess on the rates of coastal change, especially after 2015. For this task, we use, both satellite imagery, as well as aerial photos collected at selected field sites with Unmanned Aerial Vehicles (UAV's) or drones. 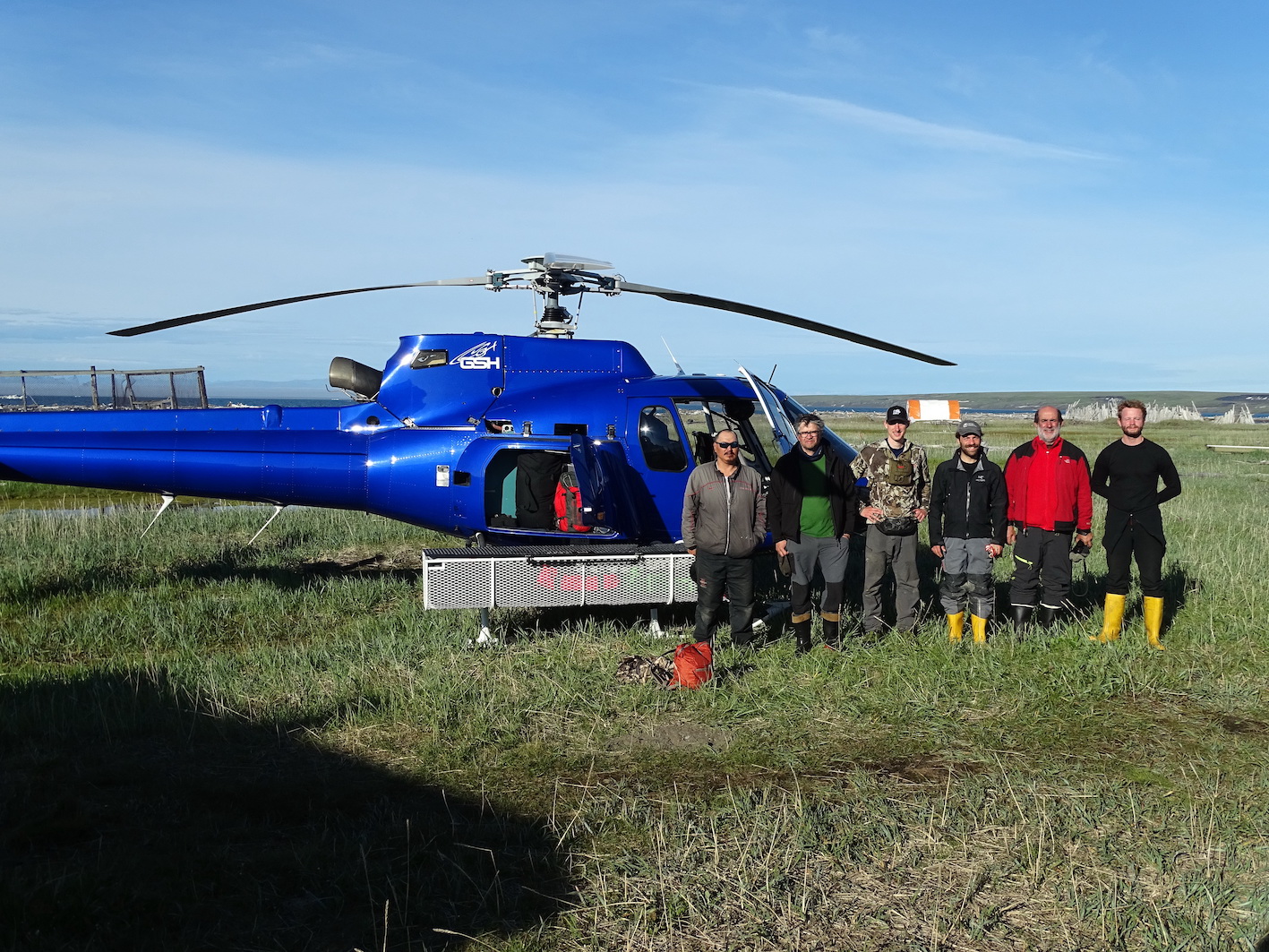 The data collected in the field will allow for calibrating, validating and also improving the quality of the data collected by satellites and also by the AWI aircraft POLAR-5 that is to survey the Beaufort Coast in August. During our field season, special image acquisitions will be provided by DLR's TerraSAR-X, as well as from the CNES Pleiades, in the framework of the activities of WMO's Polar Space Task Group.

The field team in the Beaufort Coast for this task is Gonçalo Vieira and Pedro Pina from the University of Lisbon, Dustin Whalen and François Malenfant (Geological Survey of Canada), and Samuel Stettner and Justus Gimsa (Alfred Wegener Institute).

Our field season (Gonçalo and Pedro), although relatively short (2 weeks in total), was intensive and divided into three different periods:

a) an extraordinary, but short 5-days week, surveying the east coast of Herschel Island, where we focused essentially on flying over the large retrogressive thaw slumps that are affecting the permafrost of the east coast. The main issue we found was the unstable weather, especially the rain, which limited the flight time, but even so, we were able to survey a large sector of the coast, which will allow us for generating excellent quality baseline data for comparison with forthcoming seasons. 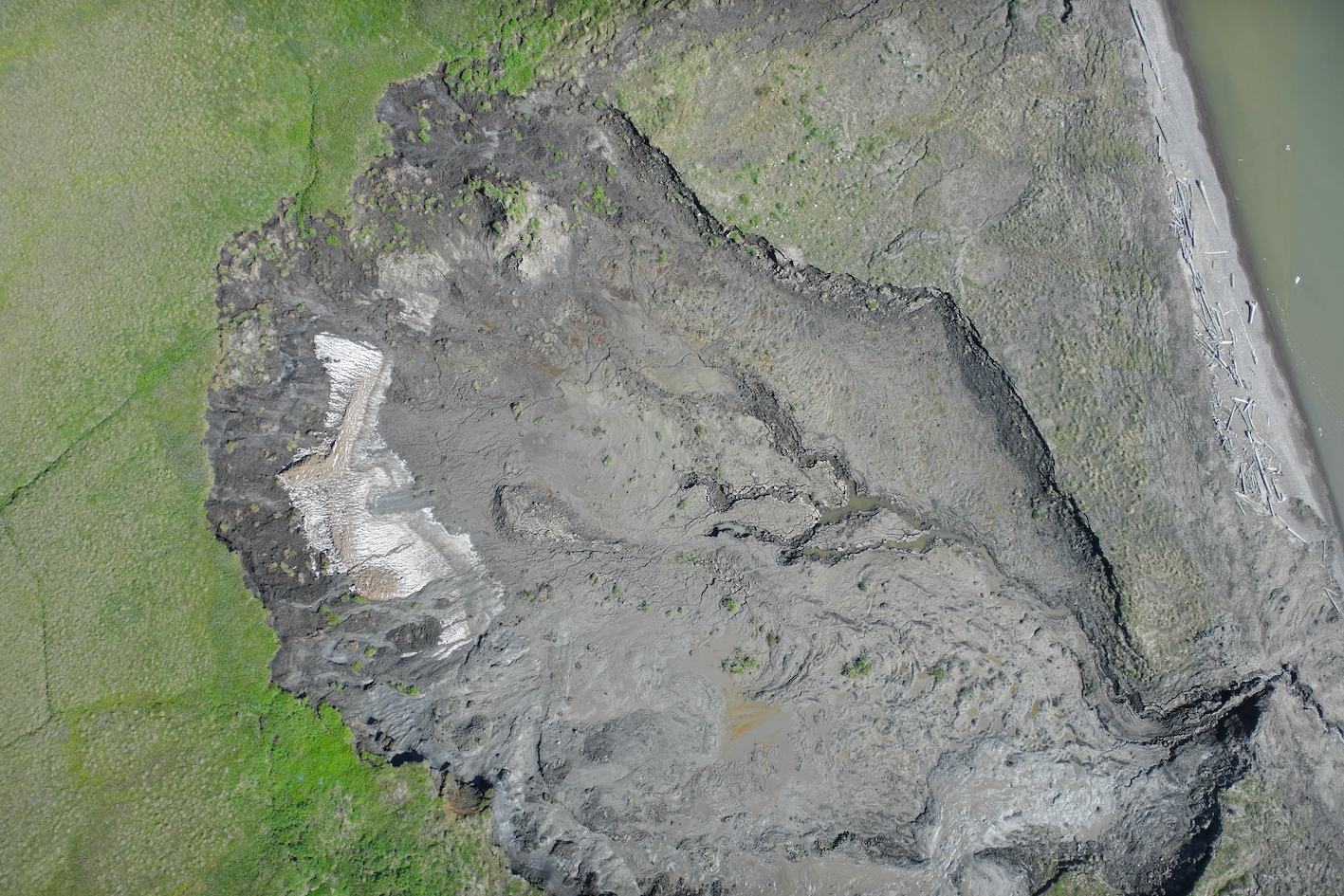 b) an incredible 2 days of UAV surveys in several of the Geological Survey of Canada coastal monitoring sites, from the Alaska/Canada border, to King Point, east of Herschel Island, over a straight distance of ci. 150 km of coast line. Again the weather limited significantly the helicopter time, with dense fog obligating us to land twice and to wait for fog to dissipate, so that we could take off again. Eventhough, we have surveyed most sites and were very impressive with the high coastal erosion rates in the permafrost bluffs, which accounted for the disappearance of several ground control markers installed in previous years at the monitoring sites. 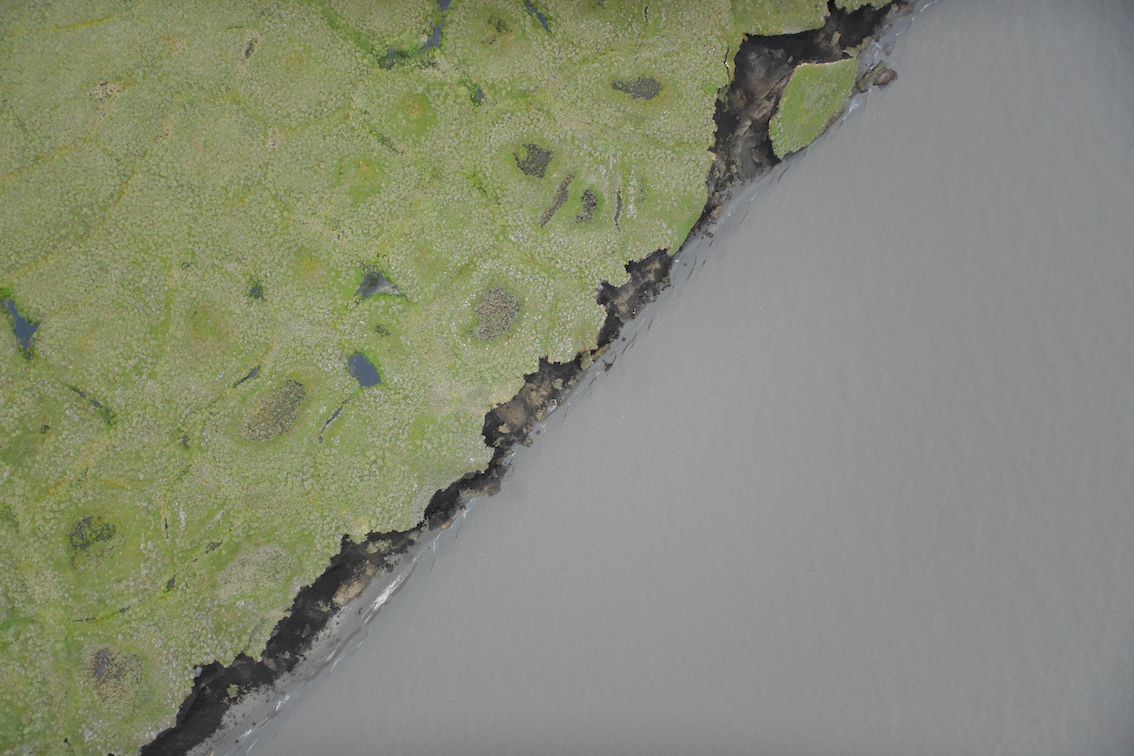 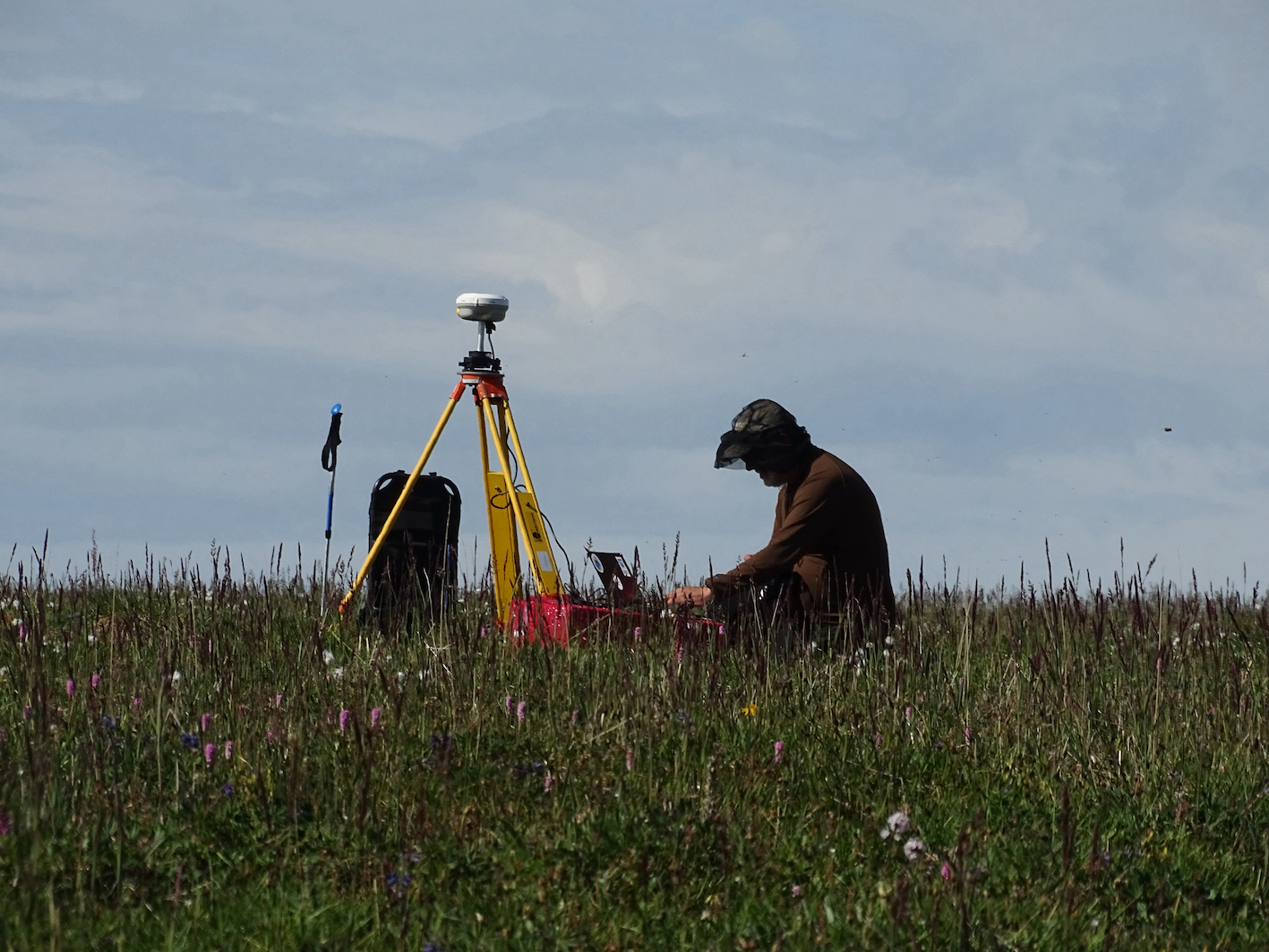 c) and finally, 3 excellent days in Tuktoyaktuk, which allowed for the mapping of the whole village, data which we expect to be of direct application on coastal erosion and flooding hazard mitigation, since we will be able to generate a very accurate digital surface model of the whole area and to produce a detailed infrastructure survey. 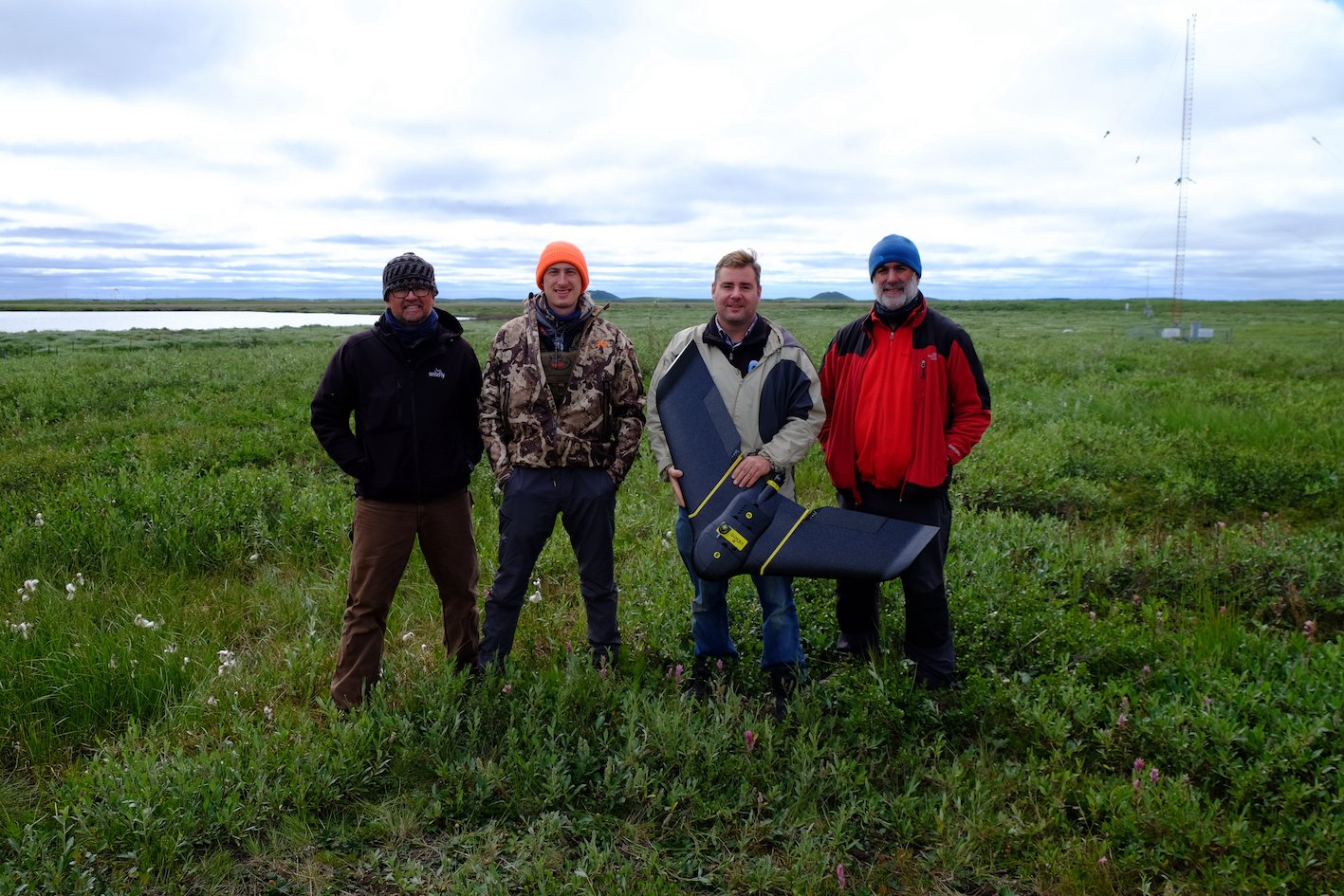 Besides flying the UAV, we have also collected numerous ground control points along the coastal sites, as well as surveyed specific transects along the coast that will allow for comparison with previously existing data. In order to provide accurate georeferencing for the POLAR-5 aircraft survey, we have also installed several large marks at the field sites, for which we have measured the coordinates. 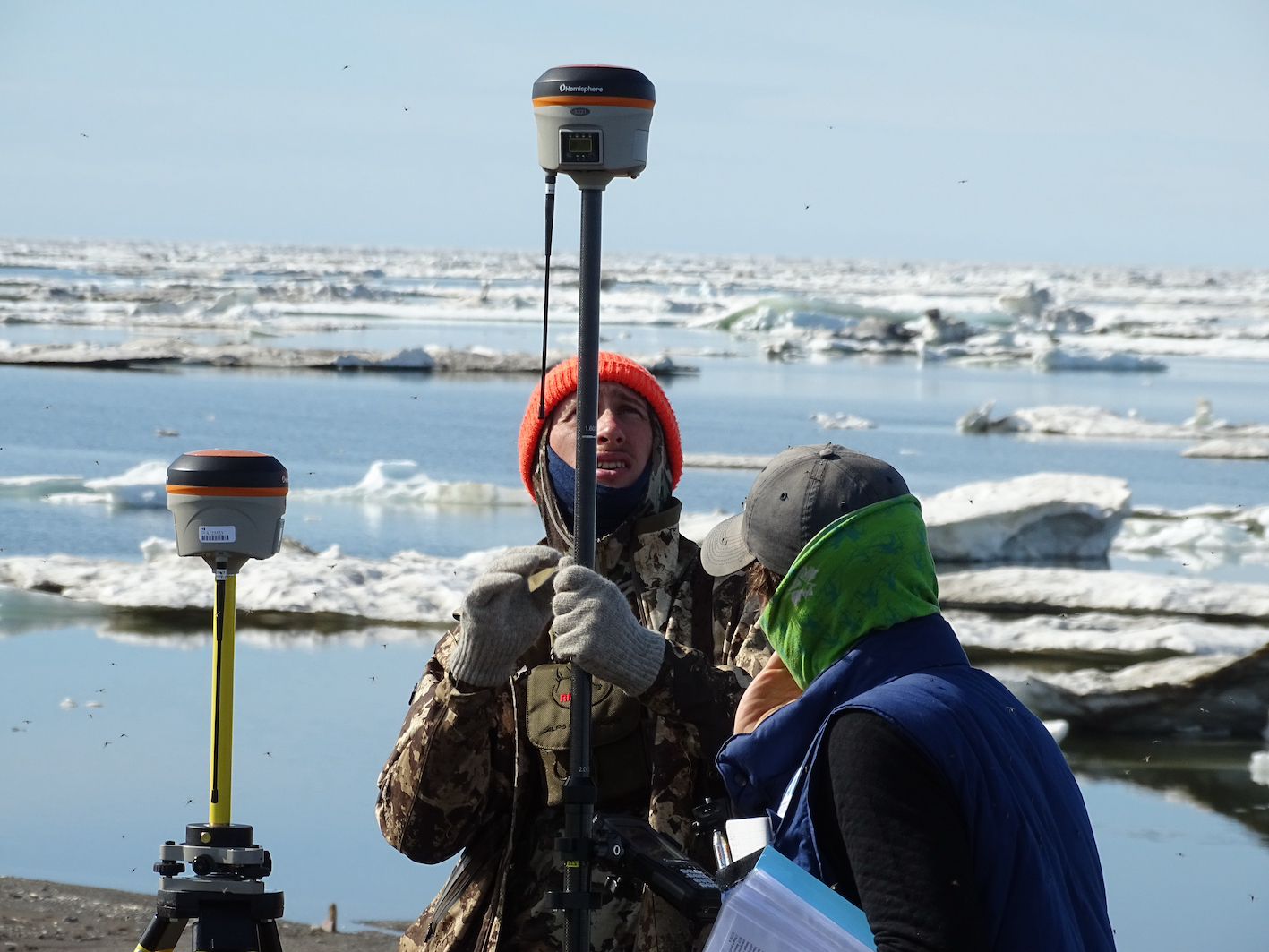 This was our first field season in the Western Canadian Arctic and we have to say that it was an excellent experience, both scientifically and personally. The integrated and interdisciplinary approach of Nunataryuk, bringing together basic research, as well as applied issues, will surely allow to generate significant outputs during the project. After this first experience and important field reconnaissance, we are eager to start with the 3D modelling and to analyse the data and we are also full of new ideas to involve new students in Nunataryuk's research activities. 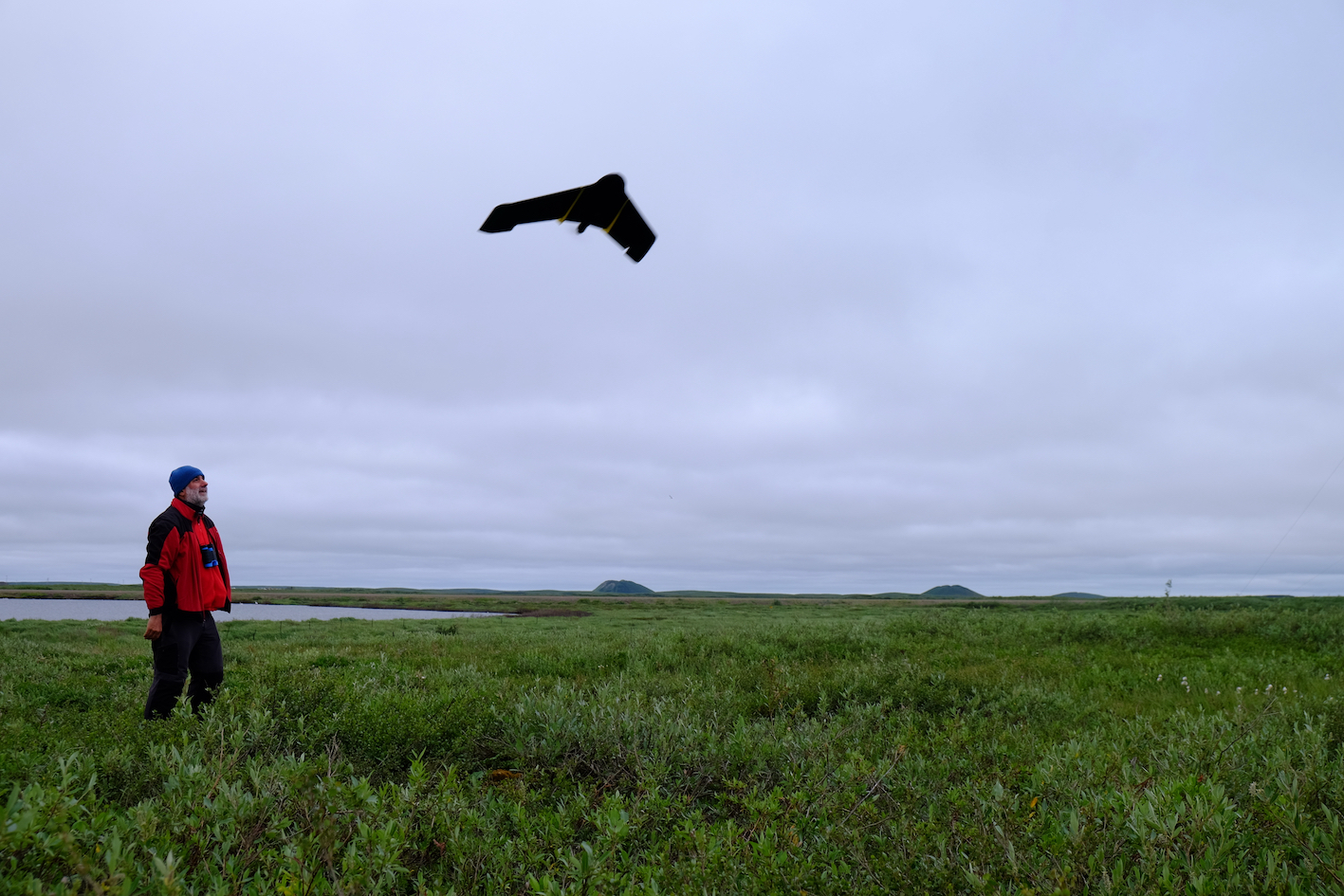