WP1 coordinator Dr. Gustaf Hugelius from Stockholm University is one of the co-authors of the new study, which has discovered that climate change caused permafrost thaw has major implications for the global mercury (Hg) cycle. 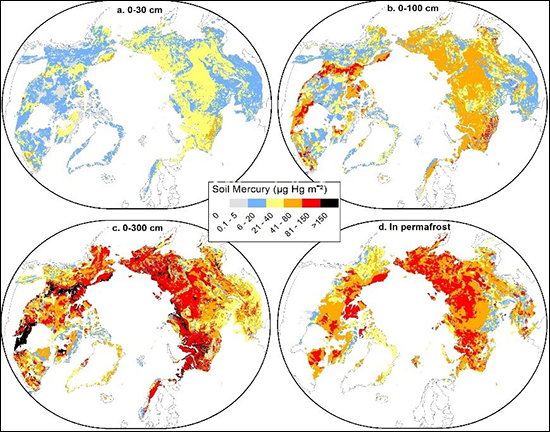 The new study finds that more than 15 million gallons of mercury is frozen in permafrost in the Northern hemisphere—roughly 10 times the amount of global mercury emissions over the last 30 years. Furthermore, the study reveals that northern permafrost soils are the largest reservoir of mercury on the planet, storing nearly twice as much mercury as all other soils, the ocean and the atmosphere combined.