Fieldwork in February 2020 in Qaanaaq, Greenland 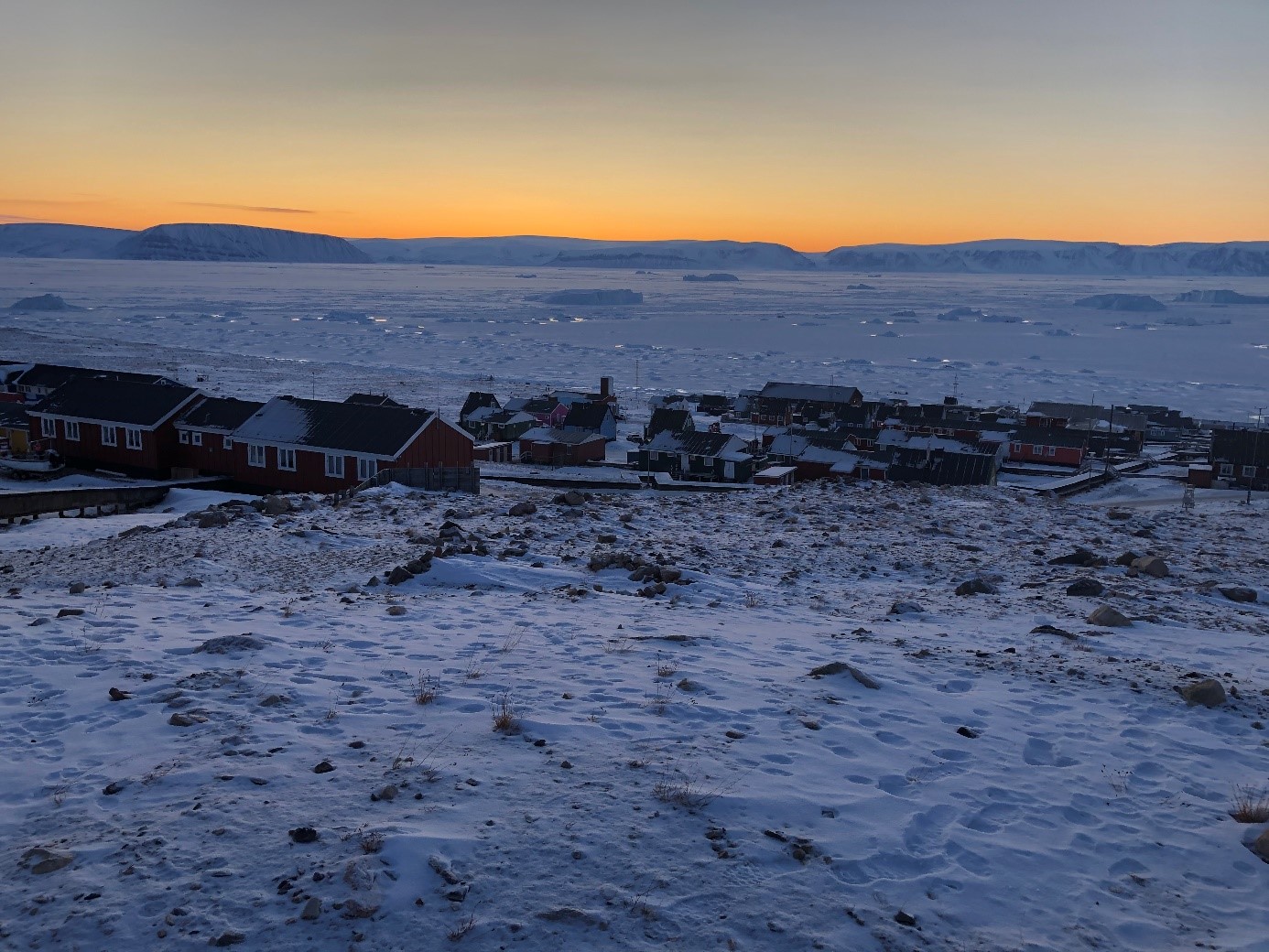 Leneisja Jungsberg is a Research Fellow at Nordregio and visited Qaanaaq in February 2020. This is her story about one of the worlds northermost town at 77° North, Qaanaaq, Greenland

Qaanaaq is the most northern town in Greenland. There are 632 inhabitants among which 186 are children and youth below 18 years old. Qaanaaq is part of Avannaata municipality, and the administrative centre is Ilulissat where most residents travel approximately once a year. Travel to and from Qaanaaq is possible once or twice a week –depending on the season -- through air transportation. Reaching a neighbouring town can take three to six hours, depending on the number of stops.

People describe Qaanaaq as a town of hunters and trappers although the number of full-time hunters/trappers decreased since the 1980s with the young generation pursuing education and wage labour and mainly go leisure hunting in their free time. The municipality estimates the number of licensed full-time hunters to approximately 50 people (70-80 when including surrounding smaller villages). Most of the employment is in public and private sector (e.g. municipal office, local school with 1st to 10th grade, small hospital/health reception, old people’s home, fishing factory, grocery shop, electricity and water supply centre Nukissiorfiit, polar oil, town’s dump and sanitarian care, Tele Greenland contact point, youth club, craftsman, local hotel). A group of people (usually men) sustain themselves from hunting and fishing. Most employed people also go hunting and fishing supplying their other income with local fresh food resources.
The return of the Sun

The 11th of February 2020, I arrived in Qaanaaq, the northernmost town in Greenland with 632 inhabitants. It was a few days before the sun returned on the sky after three months of Polar nights. For a few weeks the light was slowly coming back and some days you could sense the sun casting glimpses of sun rays and orange sun set colours as it moved behind the mountains in the horizon.

Each year 17th of February they celebrate the return of the sun in Qaanaaq. The children from the School walk up the hill, here they play around, sledging down from the places with good slopes. Most had cut sun decorations from cardboard that they were wearing in their woolly hats, around the arm or carrying one as a banner. One of the teachers makes a speech and afterwards everyone sings. 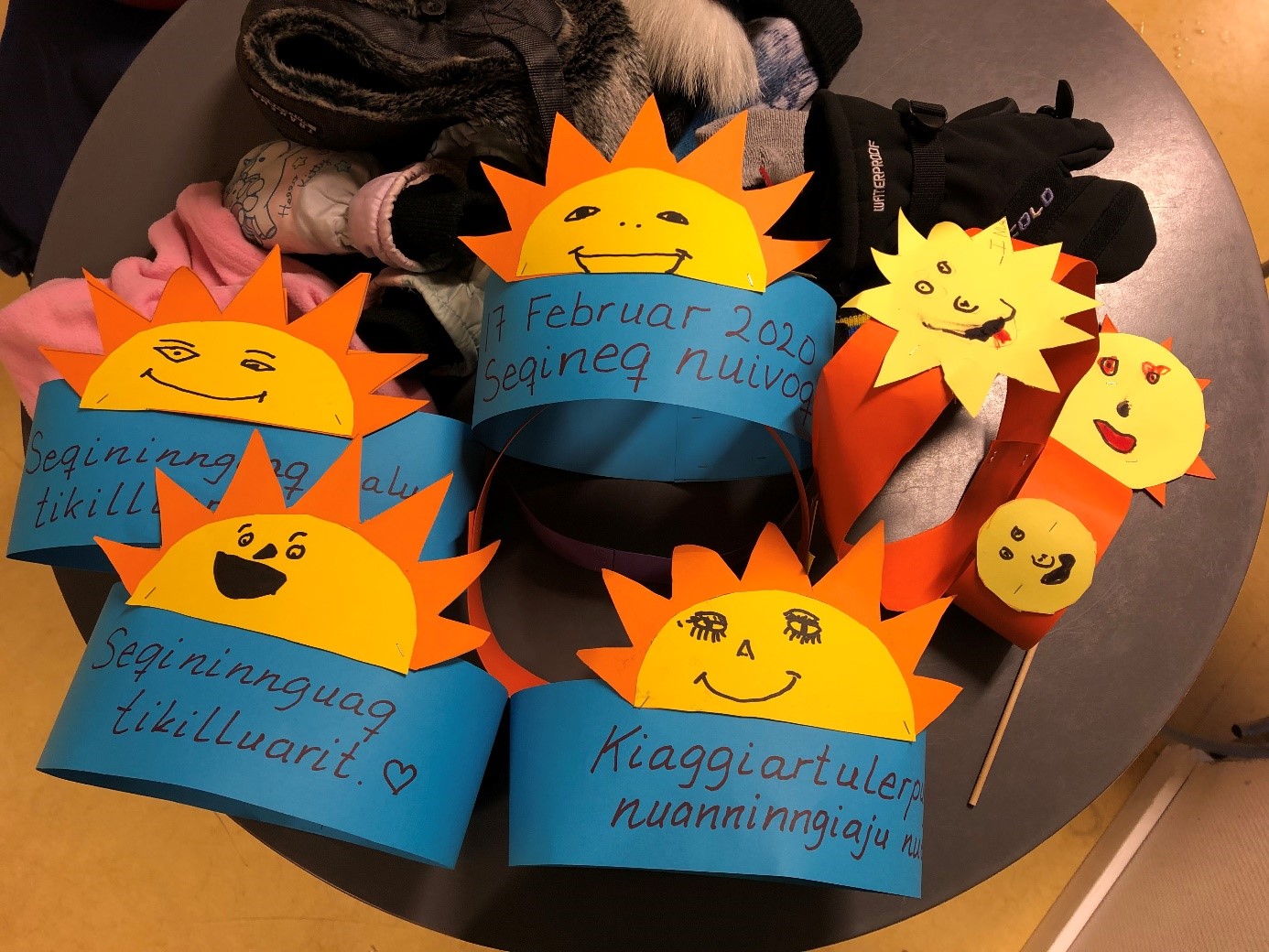 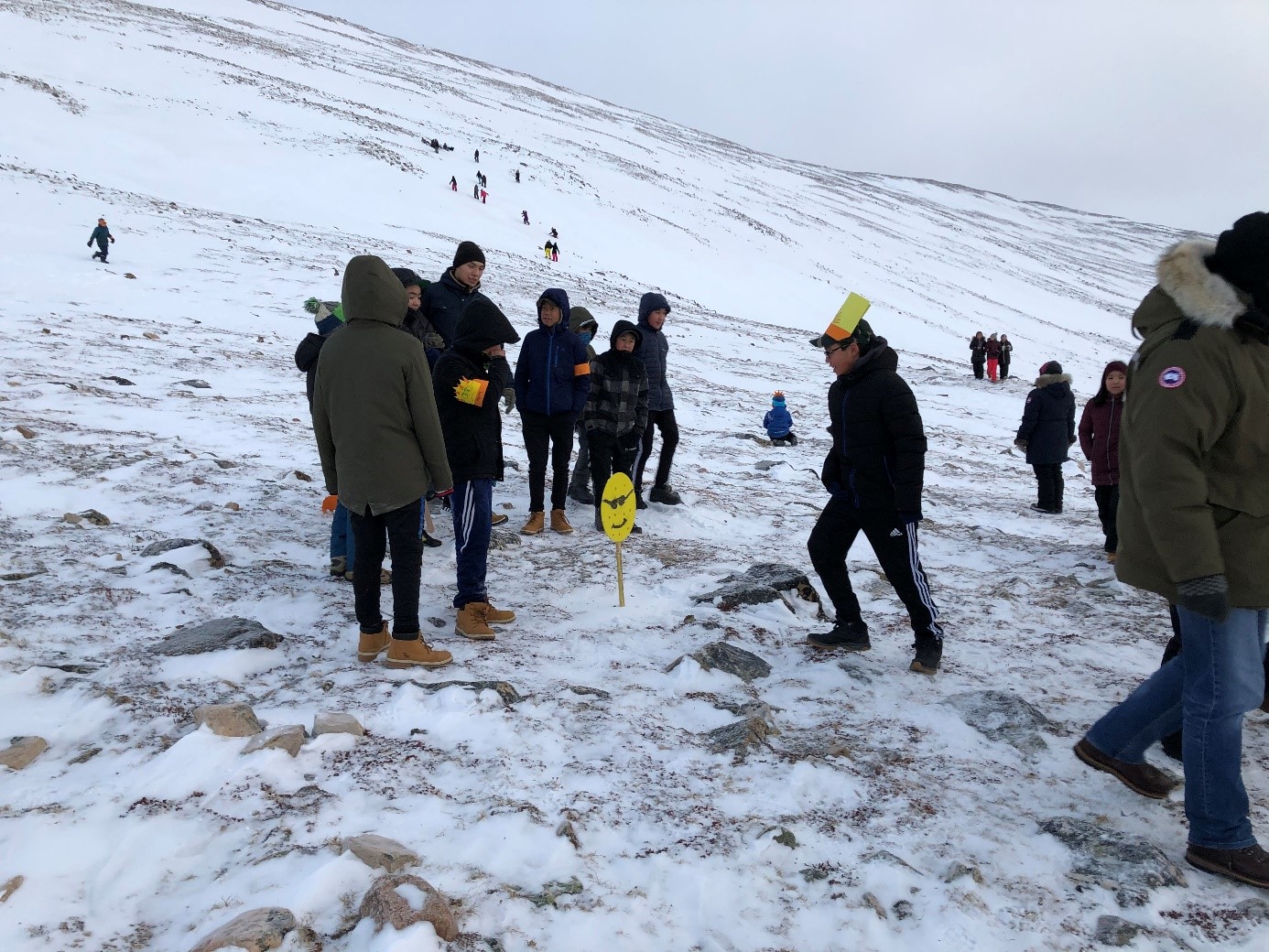 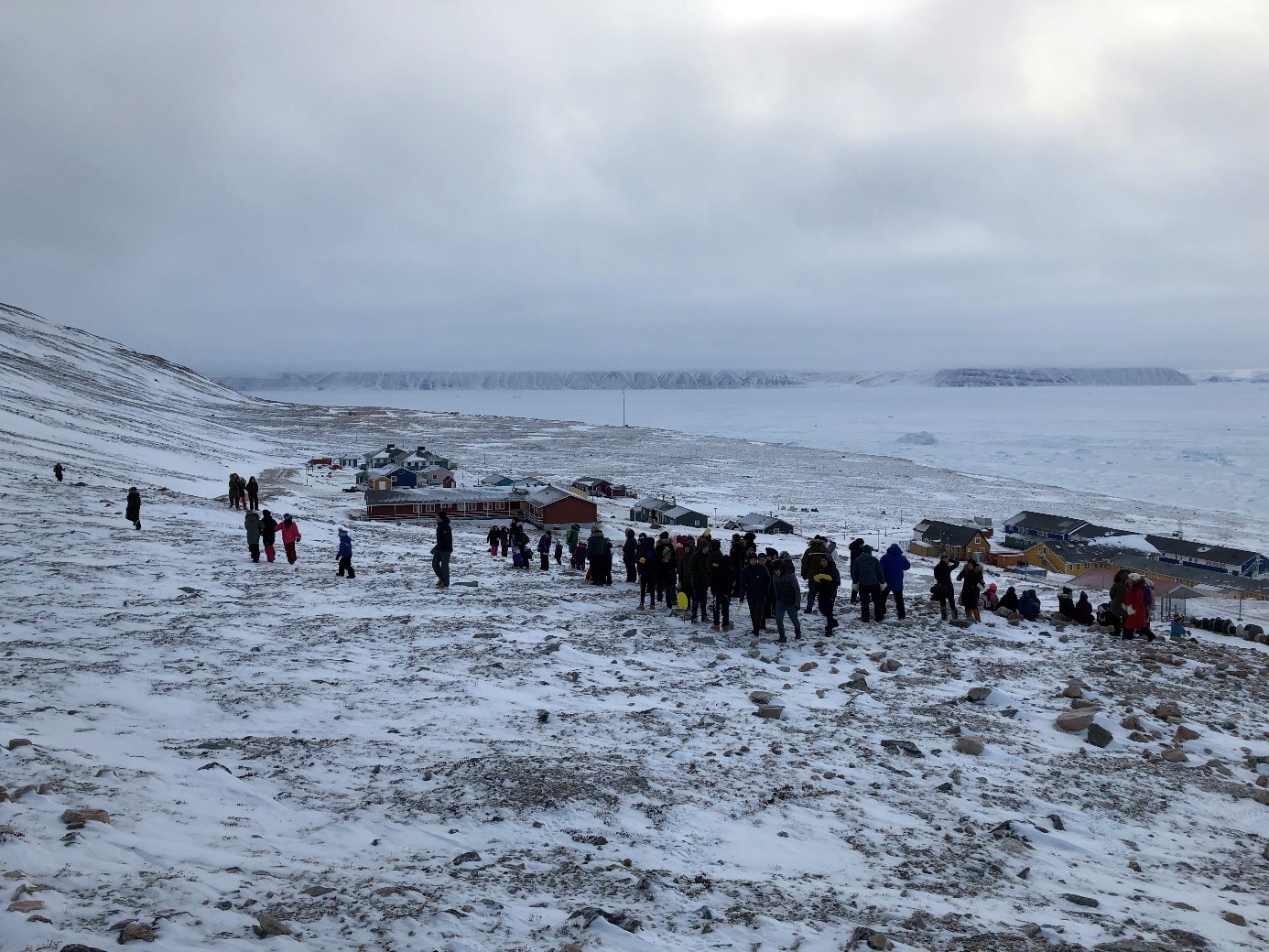 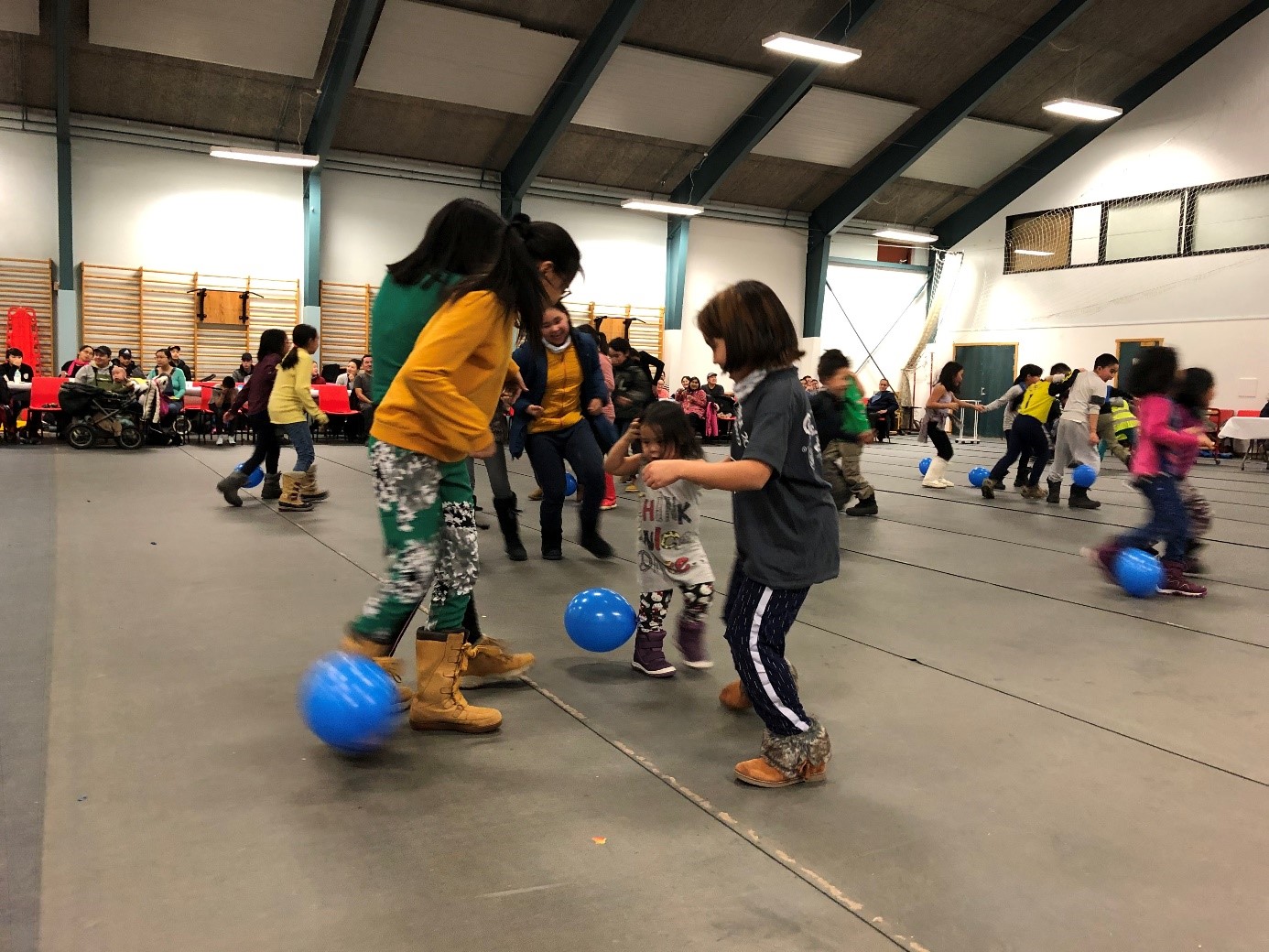 In the evening there was a gathering in the local sports hall. There was coffee, tea, cakes and buns for the approximately 250 people joining. The buns were homemade and baked by volunteers in town. There were lots of games and different competitions including balloon dance for children, throwing rings on a target board, and playing dice in competing on who about who would be the one to untie the last knot on a 3-meter-long rope with a lot of knots.

The local choir sang a couple of songs, and there was a price to best cake of the evening. 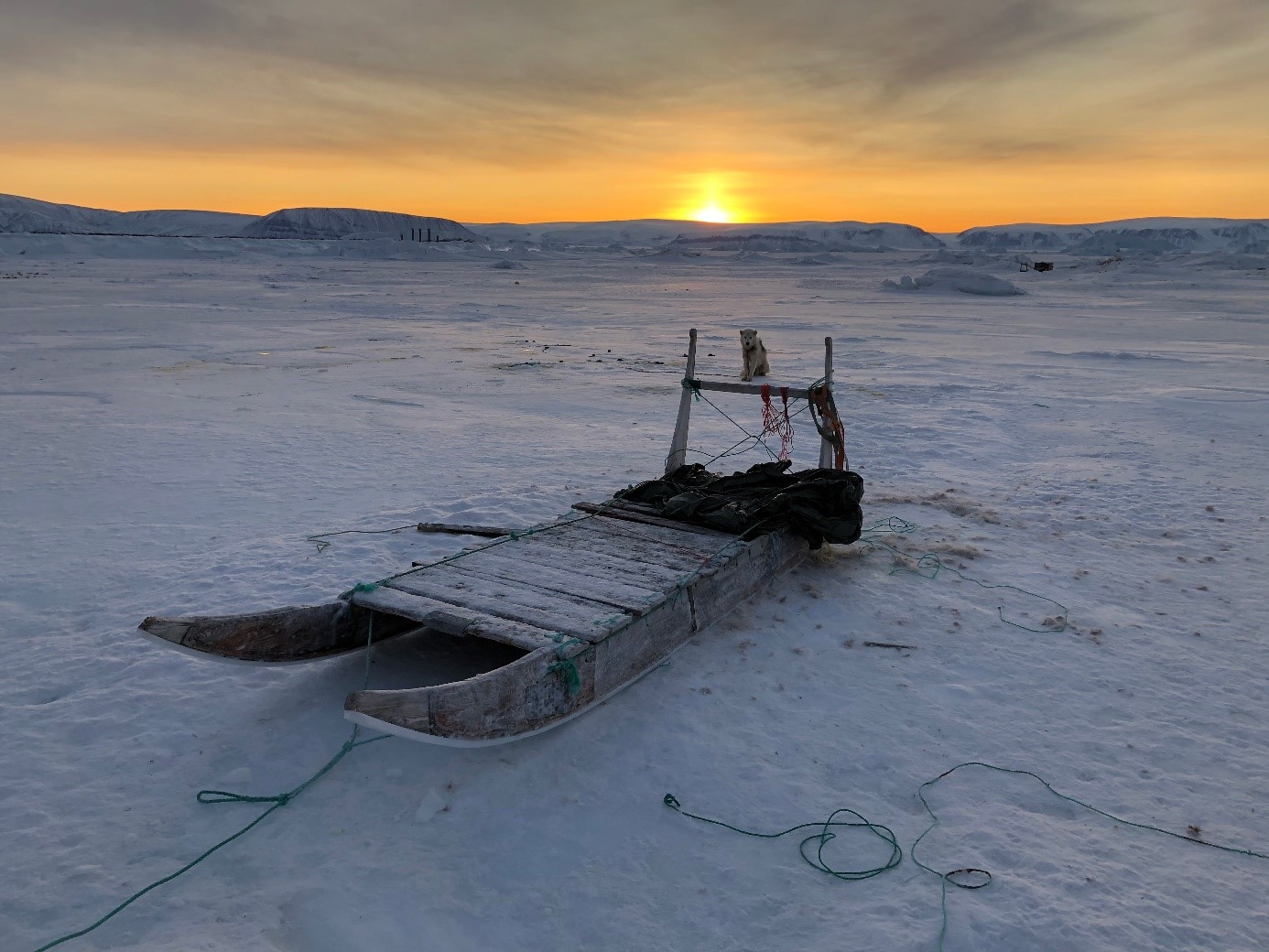 The local hunters can sell their catches in town via social network. When they fish halibut, they can sell the fish to the factory (16,5 Kr pr. Kg). In spring season, they can sell the fat (mattak is a Greenlandic speciality) from the Narwhale to the fish factory. People consume the meat they hunt or sell to people in town; however, politicians are looking into the options of also processing meat from whale at the factory.

During the fieldwork I collaborated with chairman of the local hunter and fishermen association (KNAPK) for Qaanaaq. He provided contacts for interviews and helped with translations from Greenlandic to Danish. One afternoon we also went out to move his and his friends fishing hut borrowing a car from a friend. When the hut was in place they would go on regular trips with their dog-sledges to fish for 24 hours, returning home with more than hundreds of kg. halibut. He would sell approximately 50 pct. of the catch, give 25 pct. to the dogs as dog-fodder and keep 25 pct. for the family. 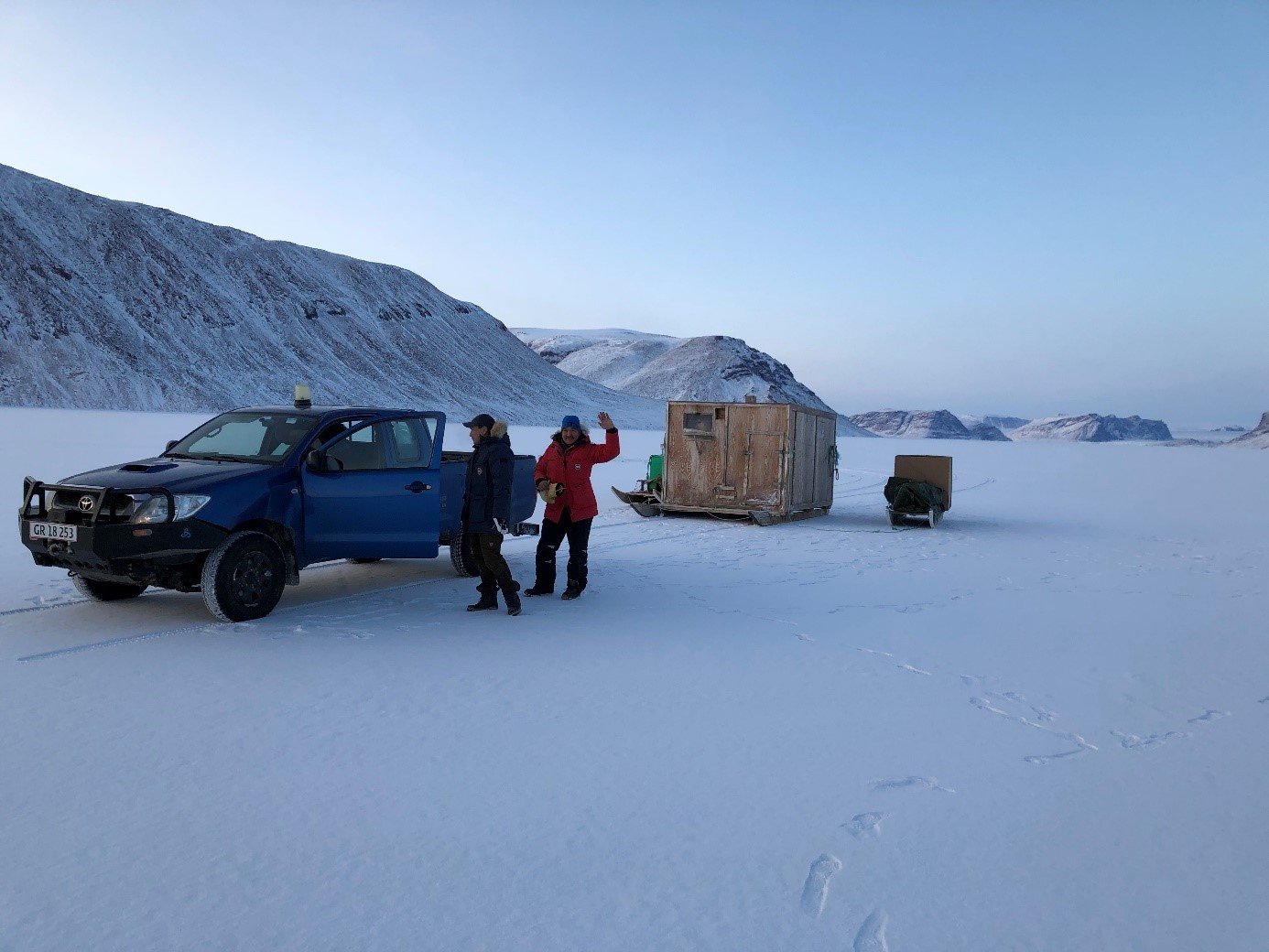 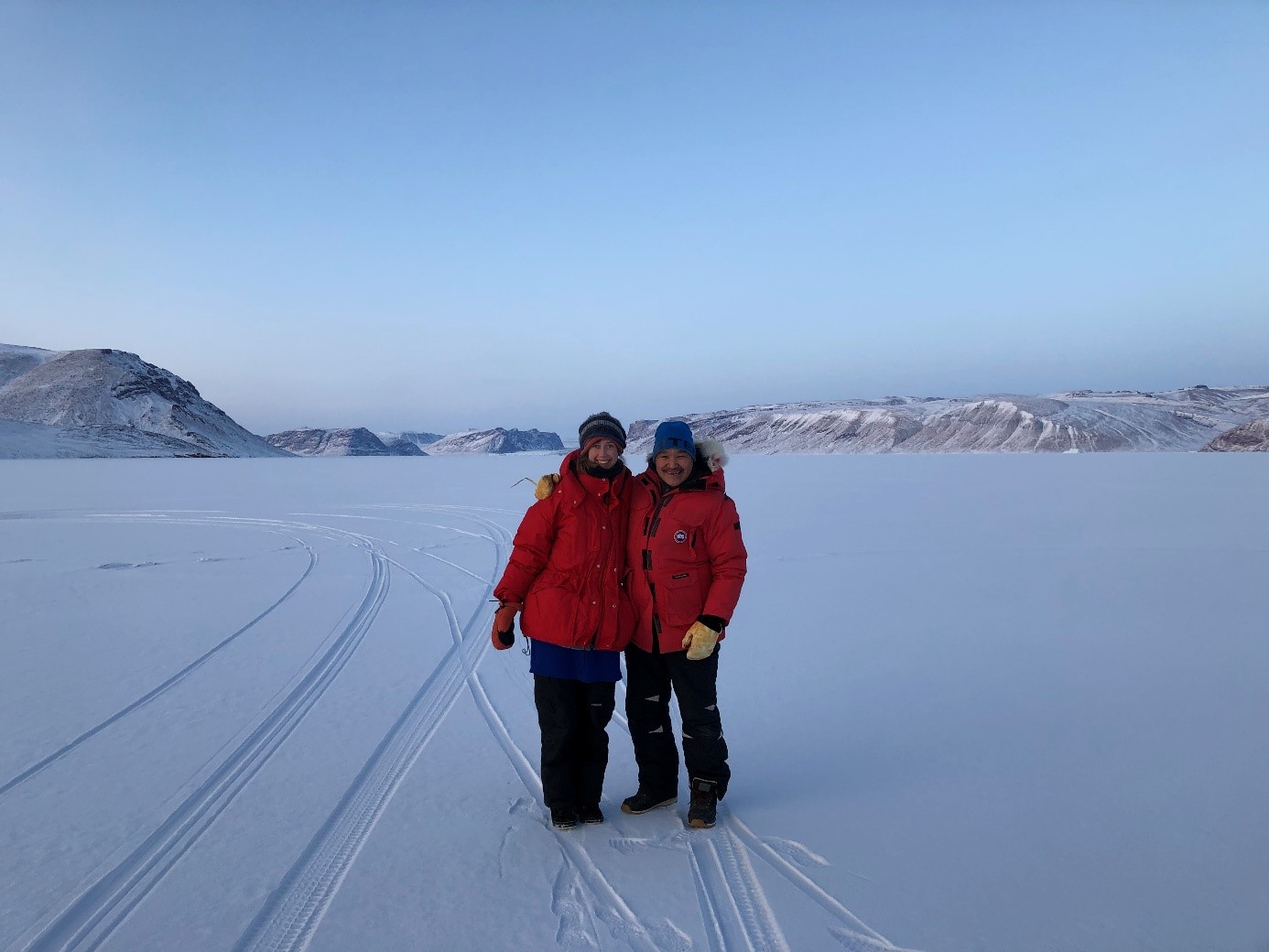 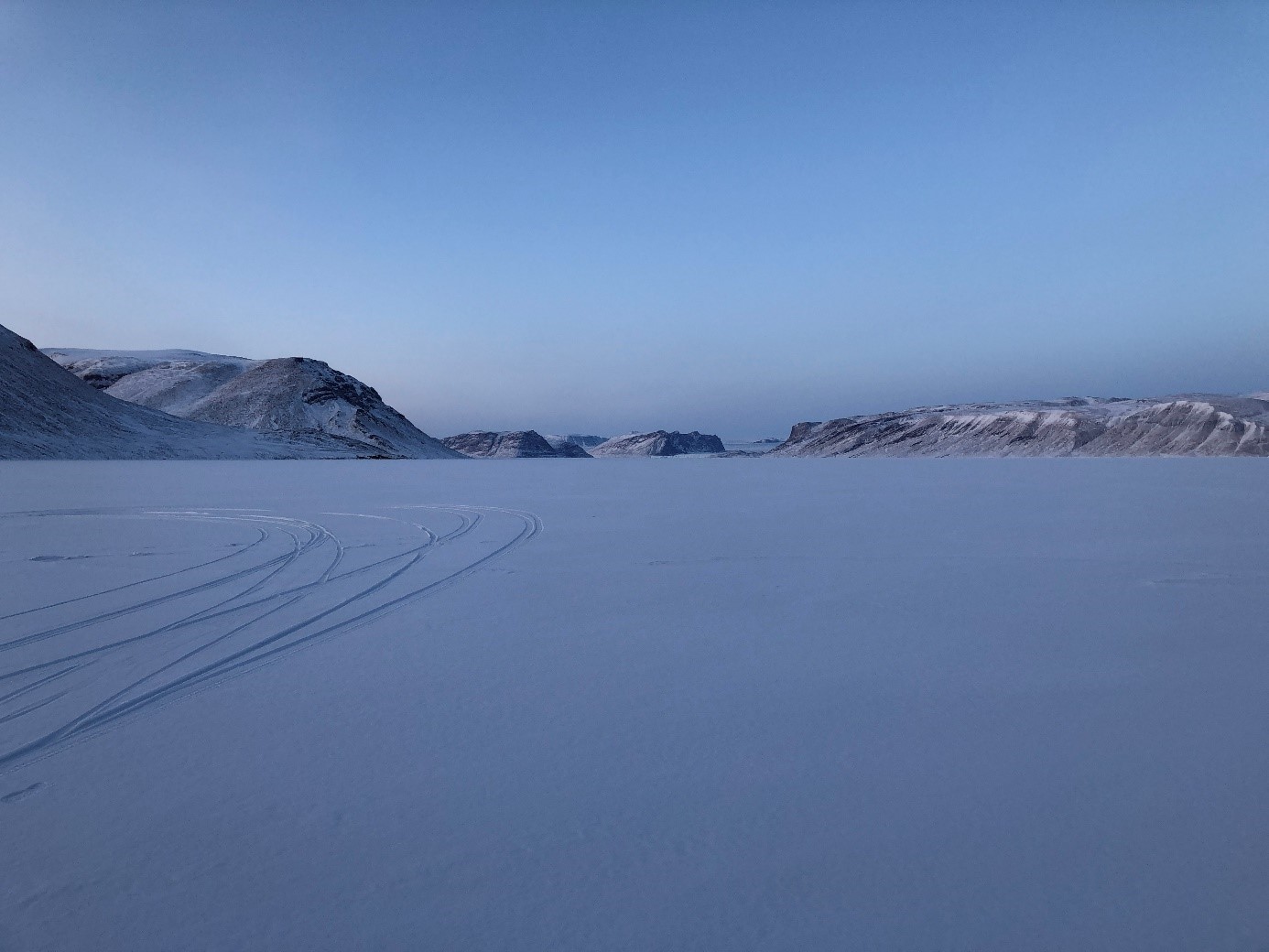 Qaanaq is a young town. It was established in 1953 as part of a relocation from Thule (Old Thule/Pittufik). The United States AirForce constructed an air defence site near that village and the Danish government forcibly relocated "Old Thule" with about 130 inhabitants to a new village approximately 97 km north. Today there is still a military base operating with soldiers from US, Canada and Denmark and the base host a weather station and also a number satellite networks (21st space Wings global network of warnings of space surveillance and space control) collaborating with American Aerospace Defence command (NORAD) and Air Force Space Command (AFSPC).

In a Danish Supreme Court judgment of 28 November 2003, the move was considered an expropriative intervention. During the proceedings it was recognized by the Danish government that the movement was a serious interference and an unlawful act against the local population. 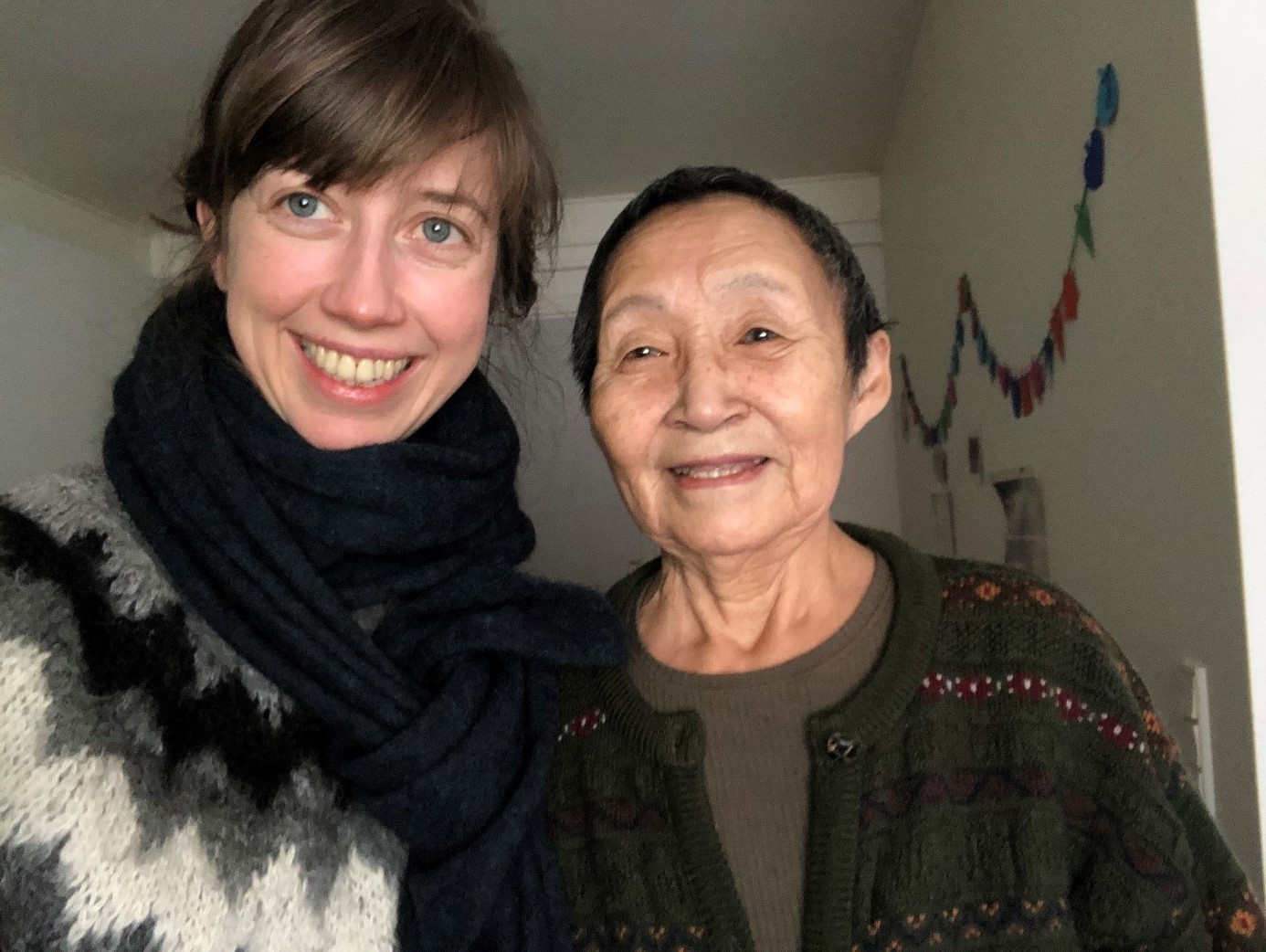 Water in town is supplied during the four summer months directly from the river. In the fall ans winter the town receives water from tanks that were filled up during summer. The remaining months, the trucks go out on the sea ice and dig out huge pieces of inland ice that is melted in a big water plant. Approximately 40% of the houses get water through pipes, while 55% of the house get water from a water tank that is filled once a week. The remaining housesdon’t have water installations and go to get water in town. There are two public water taps from where people can get water. There are no flushing toilets in town, instead people use black waste backs. Used backs are placed outside and picked up in a truck twice a week by the sanitary department. 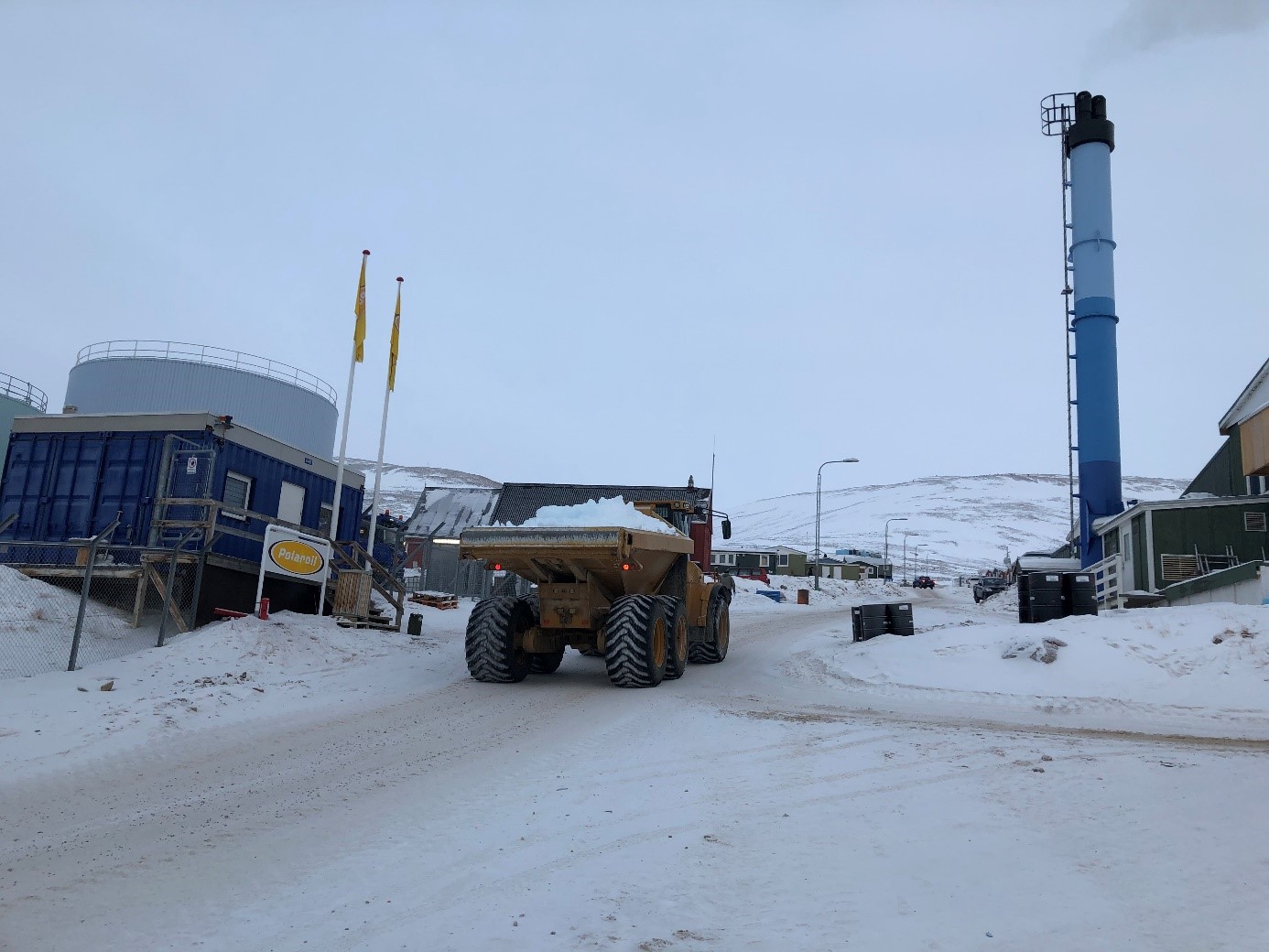 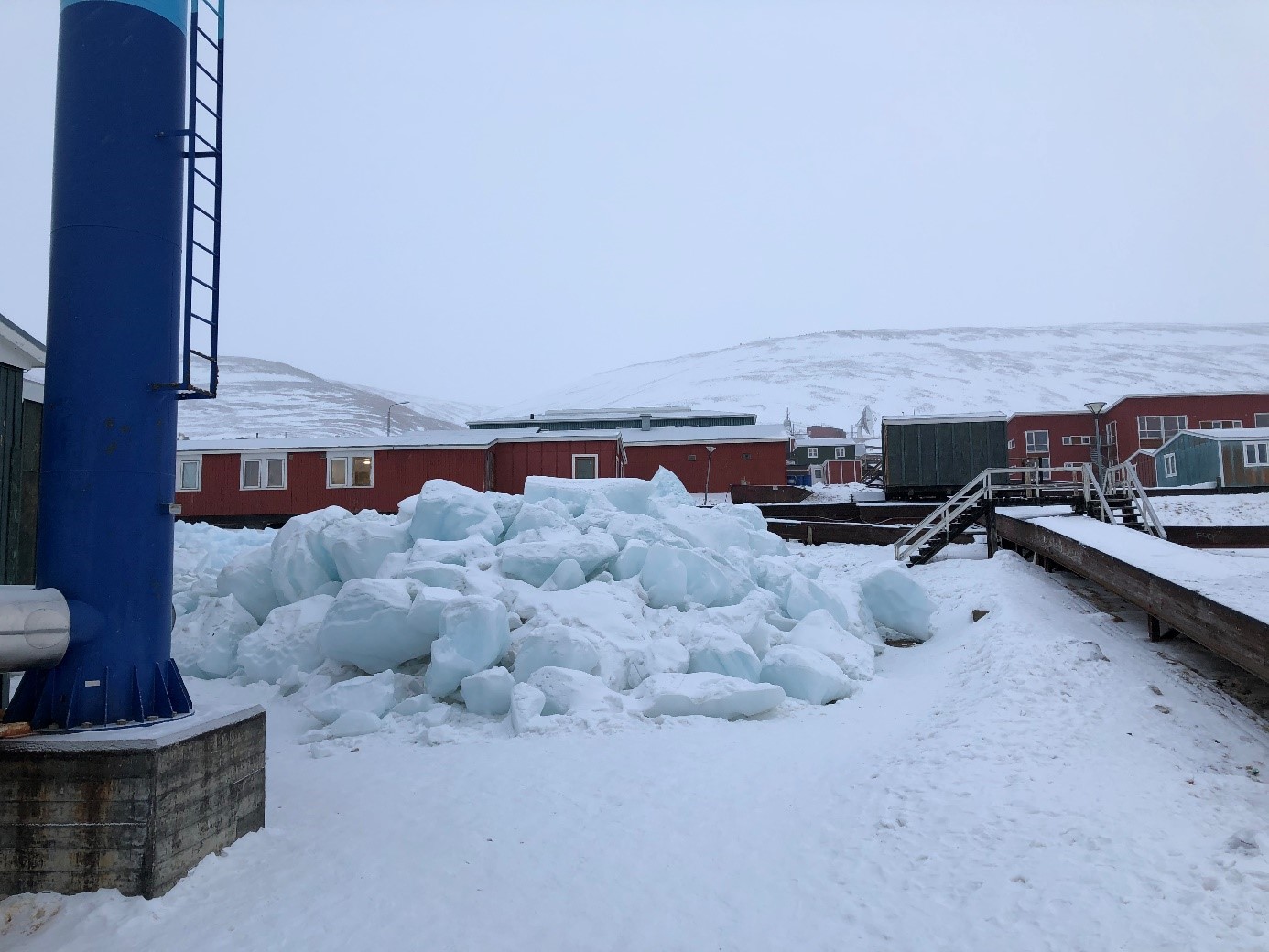 Qaanaaq is located on moraine permafrost sediment and many houses are damaged due to the changes in the frozen ground and there is a risk for mud- and rockslide. It is common for people to experience issues with their house after summer; suddenly the floor is slanting, or the door or window can’t close, and it also happens the window glass cracks due to changes in the ground changing the structure in the house.

Center for Permafrost (CENPERM) at Copenhagen University are monitoring the permafrost and while I was there, I downloaded the most recent data from the data-logger. 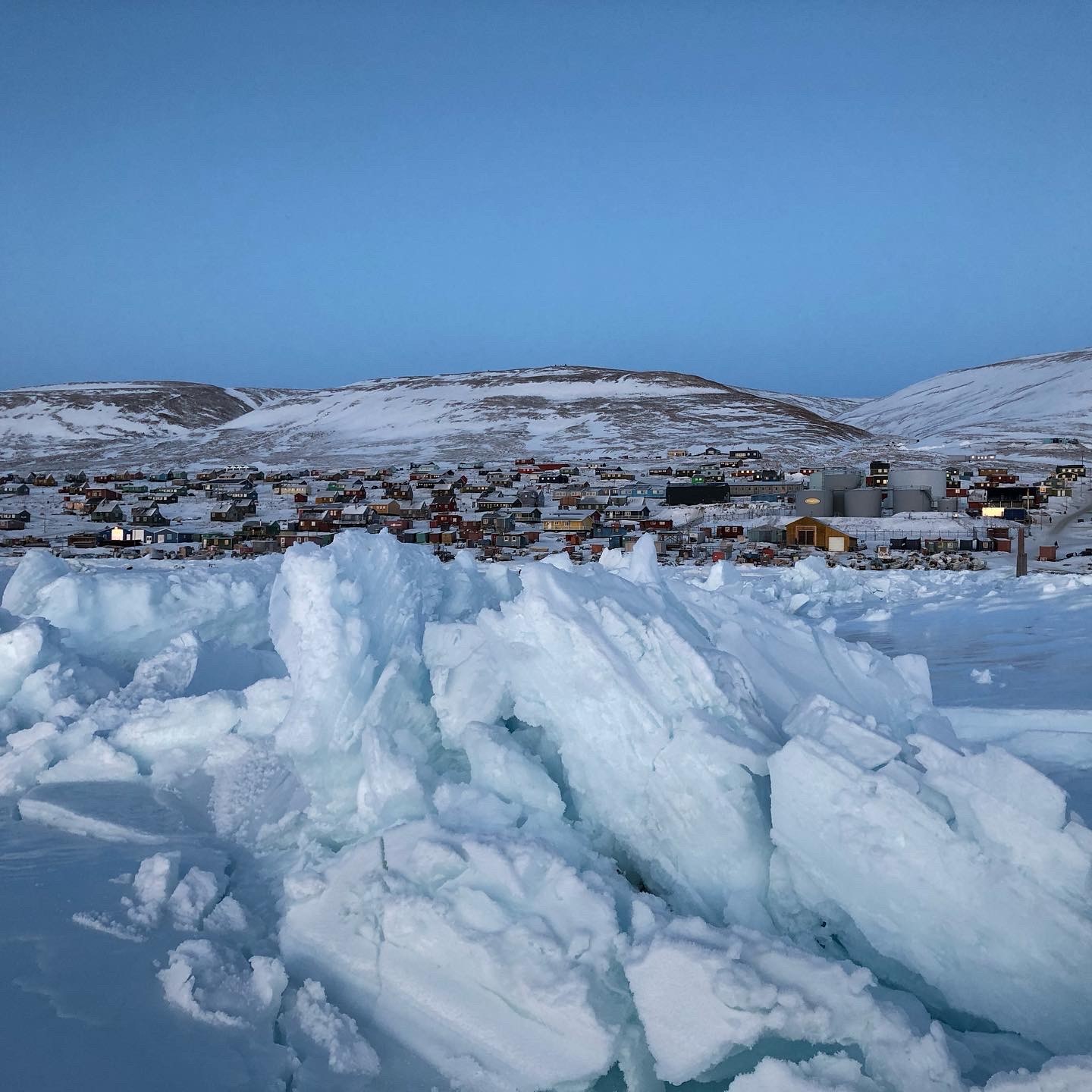 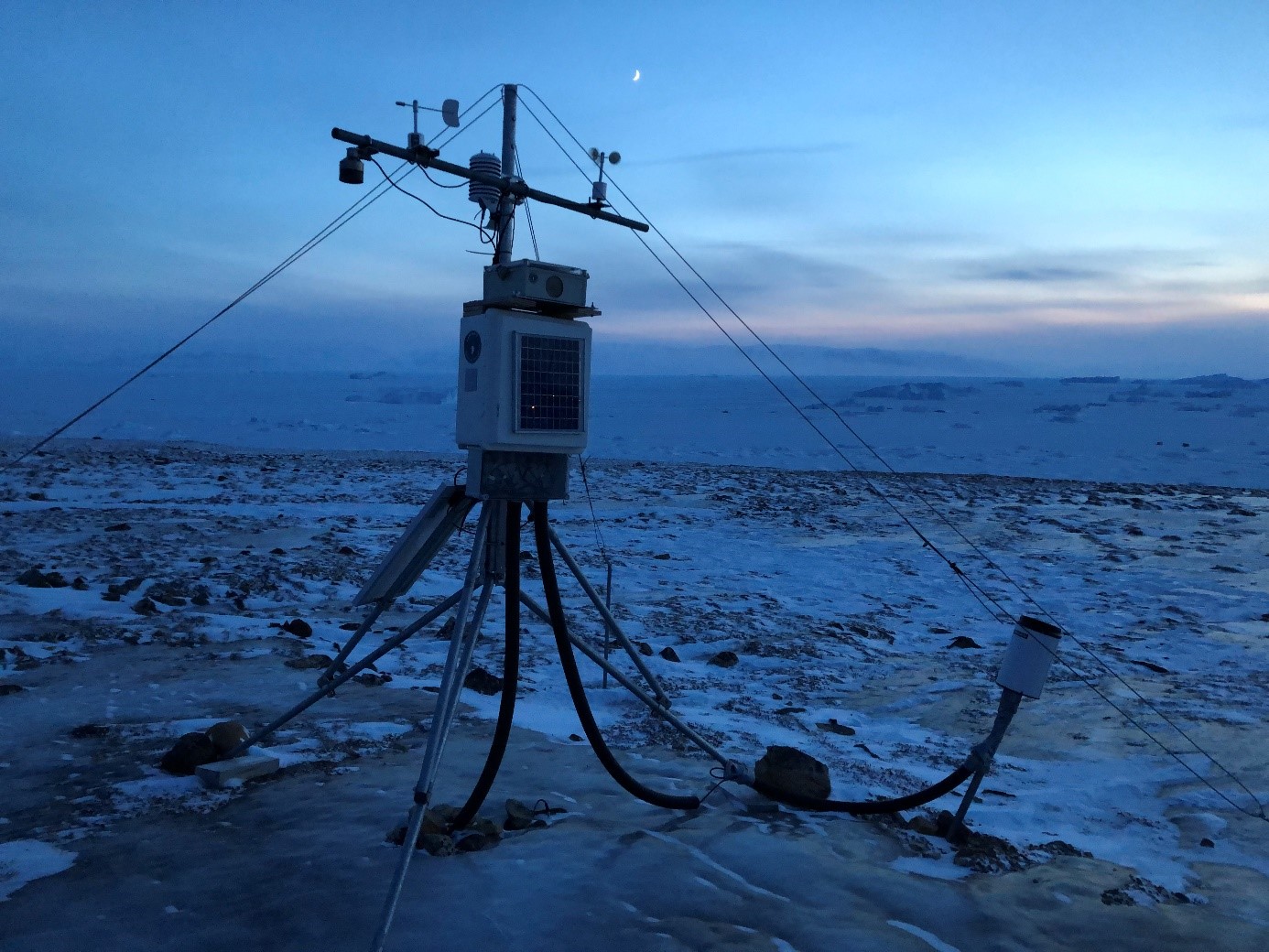 The climate in the area is classified as cold tundra climate. Winter is cold and dark while there are 2-3 months 24 -hour daylight in summer. Peak temperatures occur in July and seldom exceed 10 °C. The town is located by the North Water that is a polynya- an area of open sea, which never freezes completely, but is circumscribed by sea ice. Every summer the sea ice melts, and the polynya disappears. During fall and winter, it reappears when the surrounding sea freezes.

One can see a polynya as an area, a phenomenon, or a kind of Arctic oasis. The North Water Polynya constitutes a unique ecosystem, which is not only abundant in wildlife, but has also been an essential hunting area for humans for millennia.
Observations

The hunters in Qaanaaq experience that the sea ice, from being a stable infrastructure for their hunt, has become more unpredictable because of global warming. They observe that the fast ice boundaries are retreating towards the coast, and that the ice has become thinner and forms later each winter. This has led to challenges for both the wildlife and the people who are dependent on the living resources of this area, thus, destabilising the relationship between hunting areas, hunting seasons, and the management of these. This tendency has had severe economic consequences for several families relying on hunting/whaling. And it has been further challenged by restrictions on international trade with certain by-products from animals such as seals, polar bears, narwhals, and walruses. Some of the popular adaptations strategies is to engage in other livelihood activities such as tourism and halibut fishing. Both industries have already made their way into the seasonal calendars of many of the vocational hunters.
COVID-19

So far there isn’t any registered cases of COVID-19 in Qaanaaq but all the hunters that supplement their income with dog-sledding trips for tourists in April, May, and June will lose the income this season. 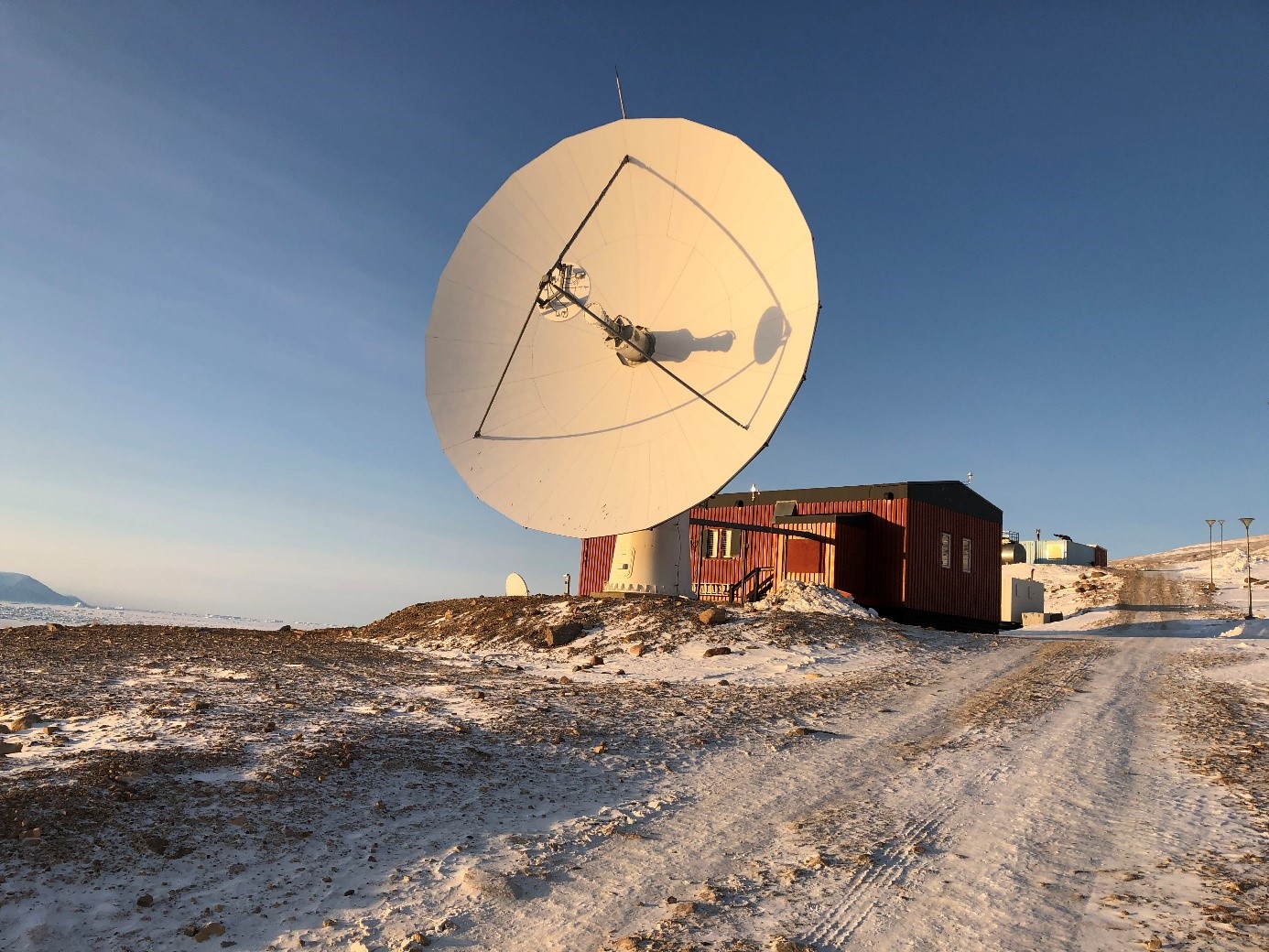