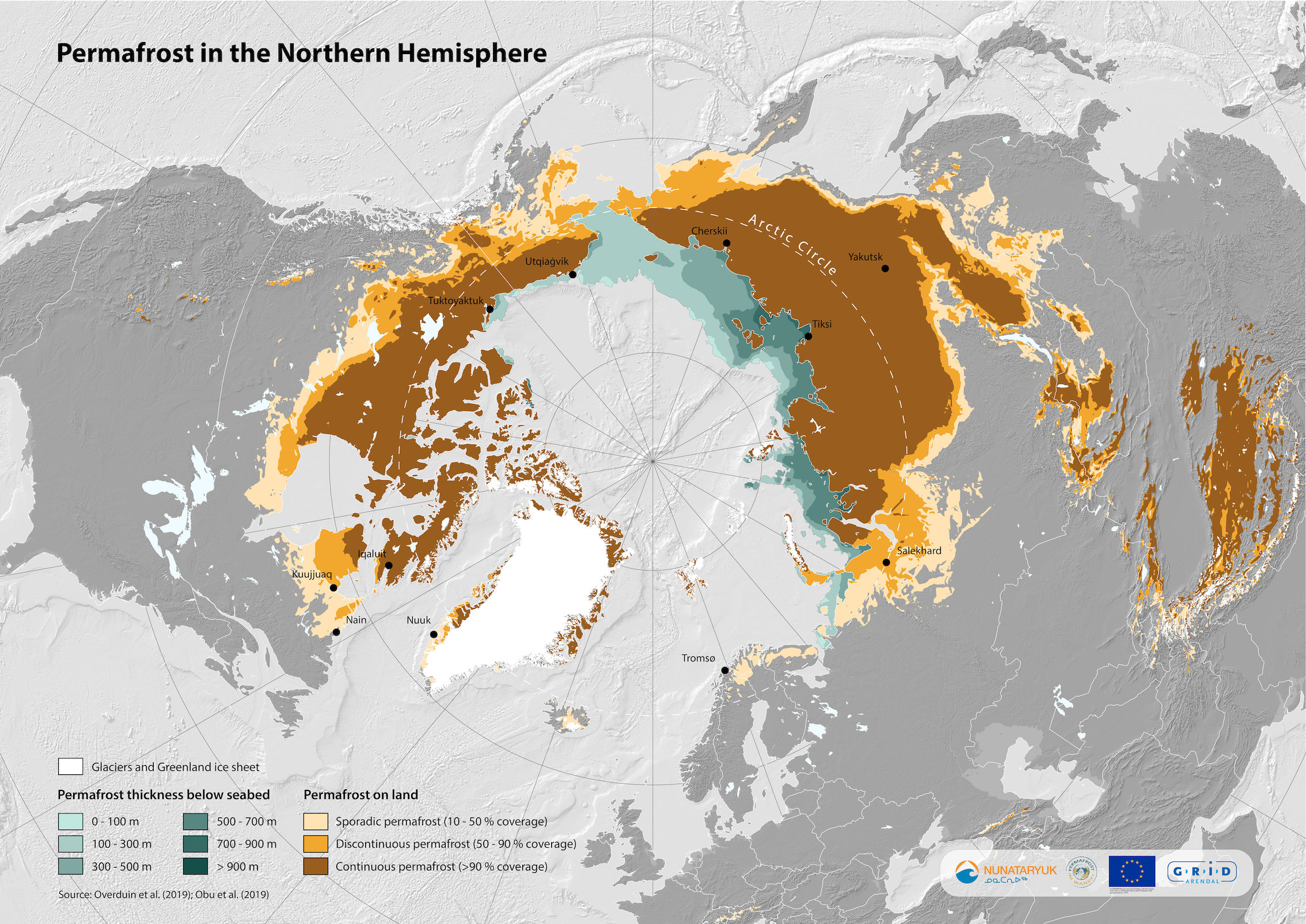 Mapping permafrost is essential in order to understand its extent and the rate of change on land and below the seabed. Two modeling studies published in 2019 provided crucial data used to create this new circumpolar permafrost map. Subsea permafrost data came from a paper in the Journal of Geophysical Research: Oceans, whose lead author was Paul Overduin of the Alfred Wegener Institute (AWI), Helmholtz Centre for Polar and Marine Research. Land-based permafrost data was drawn from a paper published in Earth-Science Reviews, whose lead author was Jaroslav Obu of the University of Oslo. These two studies complemented previous permafrost zonation maps and direct observation.

“This new map reflects an improved understanding of both land-based and submarine permafrost extent”, says the map’s creator, GIS expert Georgios Fylakis of GRID-Arendal. It illustrates how terrestrial permafrost extends out beneath the Arctic Ocean, especially in northern Siberia and Alaska. About 10 percent of the total permafrost area in the Northern Hemisphere is below the seabed, and its thickness varies greatly. Submarine permafrost is still much less studied than terrestrial permafrost, and further research is needed to better understand the extent and impacts of thawing permafrost, especially in the coastal regions of the Arctic.

The map will be published in a forthcoming paper by Michael Angelopoulos, Frederieke Miesner, and other researchers from AWI and the Siberian branch of the Russian Academy of Sciences. The map is available for use by researchers, media, and members of the public via the Nunataryuk Flickr account.

See the original article at the GRID Arendal website