Water sampling from the creeks along the Dempster Highway

Without much hesitation we agreed to do the job – who would say no to the opportunity to drive this legendary route! The trip was scheduled on 12-13 September, when most of the expedition participants had already left Inuvik, and felt sorry and envious of us at the same time. The route is about 800 km in length one way and we had strictly 2 days to make it out and home. To keep water samples as fresh as possible it was decided to drive straight to Dawson City, sleep there, and collect samples on the way back to Inuvik.

It was a rainy morning when we headed off from Inuvik. The road is made of gravel and some parts of it can be really messed up after rain. Fine-grained stones make it especially hard to steer straight and you have to slow down a lot when an oncoming car is approaching. Slowly the weather became much better and we observed truly picturesque landscapes. 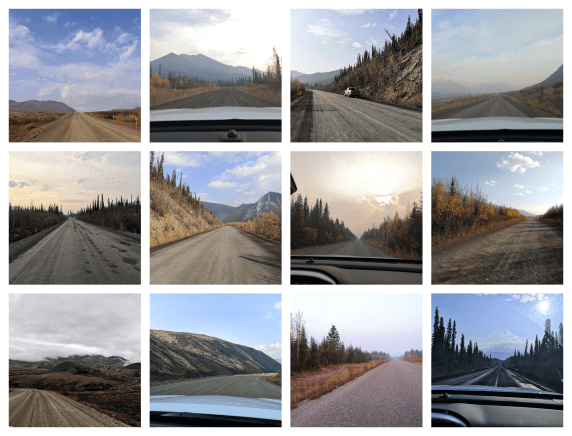 There are few human-made marks along the road, and the mobile connection is absent for almost the whole way – we were equipped with a satellite phone for emergencies. The road crosses rivers Mackenzie and Peel using the ferries which operate daily from June to mid-October. Between the two river crossings is Fort McPherson, a hamlet located 186 km from Inuvik. Its motto is “Take what you need”, so we took the fuel and drove further. The mobile connection is lost after the second ferry. Next point to await is the border between Northwest Territories and Yukon, and the time zone changes – we won an additional hour for the day! The Arctic Circle (66° 33’) comes after, and it was a funny feeling to cross it from north to south. Eagle Plains meets you with a proud sign “Population: 9”, and offers a gas station, repair services, and a hotel. Also, it is the halfway point. After that there is almost nothing until Dawson City but the landscape becomes more and more stunning, reaching an utmost beauty at the Tombstone Territorial Park. After 12 h of driving we finally reached Dawson City, checked in to the Triple J hotel, had dinner and a quick walk to the legendary Klondike river, and had the deepest sleep until early morning. 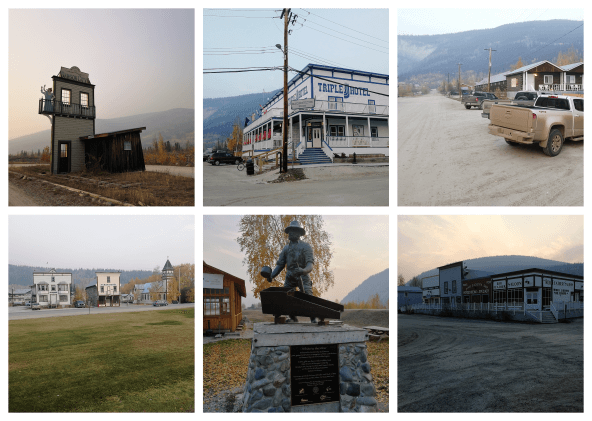 The next day rewarded our bright and early awakening with the sight of incredible wildlife! A gigantic moose was standing on the road just in front of us, a fox changing its fur to the winter attire was bearing a bird in the mouth, a hare, and numerous ptarmigans sitting at the roadsides. Unfortunately, we were too slow but also too stunned to take out the camera.

But now we had a task to find sampling locations using specific coordinates and field descriptions provided by the previous team. Upon arrival at a point, the procedure was 1) to honk long and loud to scare away bears; 2) to take bear spray, conductivity meter, and a bottle; 3) to walk down to a creek which runs under the road through a culvert; 4) to measure water temperature and conductivity and to sample water into the bottle. One is constantly looking around for bears. Then going back to the car, labelling the bottle, and writing down field notes. 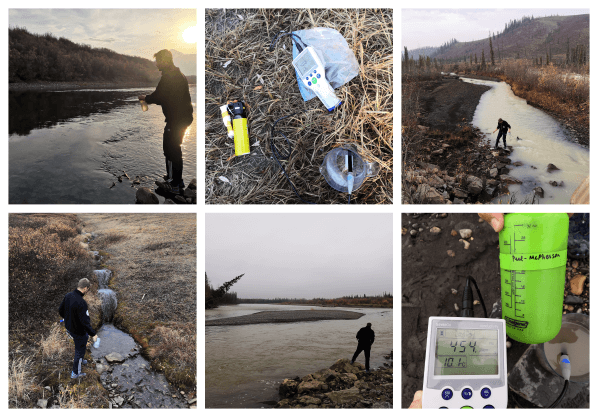 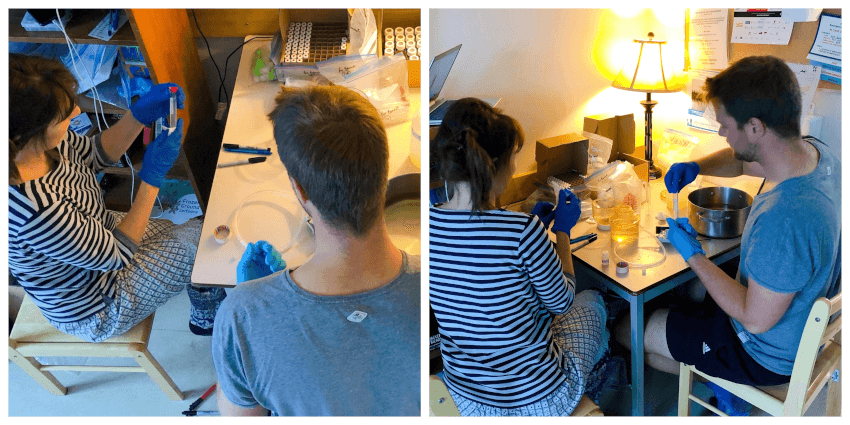 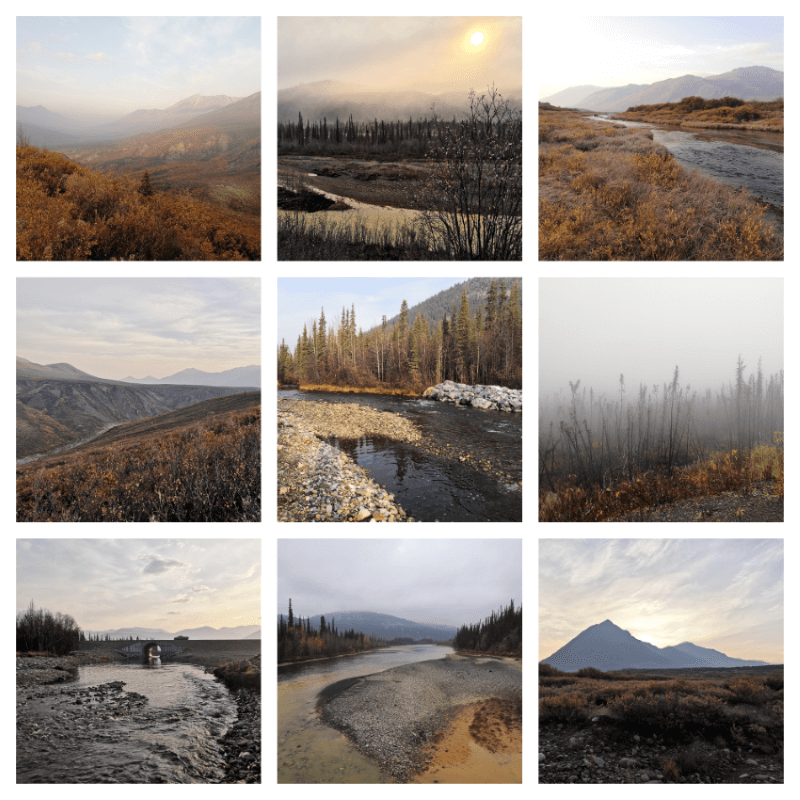