Another successful season of UAV mapping in Tuktoyaktuk and Paulatuk

The IGOT team of the University of Lisbon 09 September 2019

The team of the University of Lisbon (Gonçalo Vieira, Pedro Pina, Pedro Freitas and Daniel Pinheiro) and Natural Resources Canada (Dustin Whalen, Angus Robertson and Paul Fraser) has been in the field in June – August 2019 to conduct surveys of coastal sites in the Beaufort Sea and Amundsen Bay. Following the surveys with drones conducted in 2018, the field research this season was done further east, aiming at accurate field data collection that will allow providing high quality 3D baseline surveys and also at collecting ground truthing data for analysing satellite imagery. 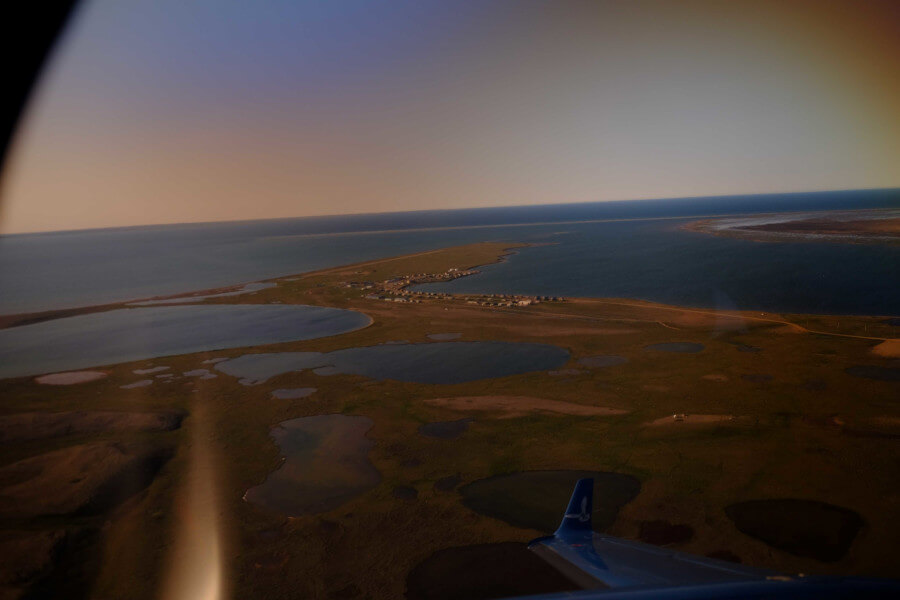 The surveys were conducted at several coastal sites in the vicinity of Tuktoyaktuk (Tuk), and also further east, at and close to Paulatuk, an area which hadn’t been subject to detailed coastal erosion studies for several years. The Nunataryuk team is cooperating with the hamlets of Tuktoyaktuk and also of Paulatuk. Both settlements were fully mapped with drones at an unprecedented resolution of about 2.5 cm, which will allow to generate orthomosaics, as well as digital surface models of the full built-up areas. These will be used to evaluate coastal hazards, including exposure to erosion and modelling flooding in storm surge events, thus providing tools for coastal zone management. In Tuk, this is the theme of the masters thesis of Daniel Pinheiro, who worked with the hamlet in identifying and accurately georeferencing past flood levels around the village. The data will be used to evaluate existing flood models and to improve them. 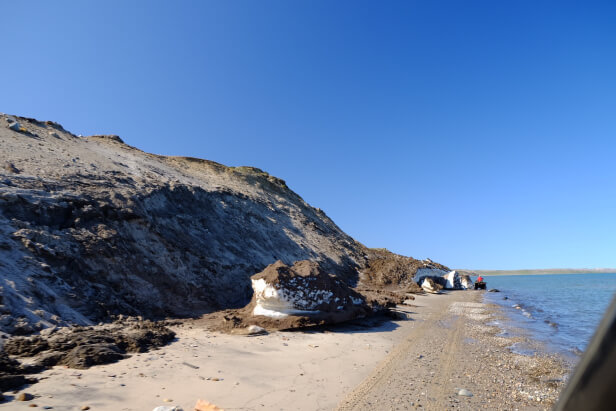 In Paulatuk the team surveyed the whole settlement, as well as two other coastal sites in the vicinity. A meeting was held with the municipality and the HTC in order to discuss future applications of the surveys, community interests on data, and cooperation in future field work. 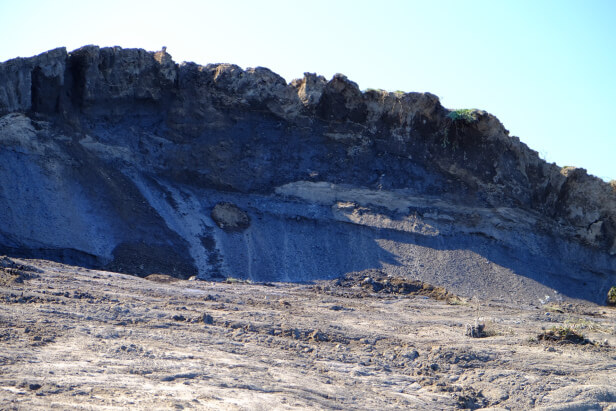 Making best use of the time in Tuk, the team also mapped the Pingo Canadian Landmark Park, including its coastal area, in a collaboration with the Park authorities. The extensive very high resolution surveys will be used for Park management, assessment of coastal erosion, evaluating changes in the permafrost environment and also for archaeological research. 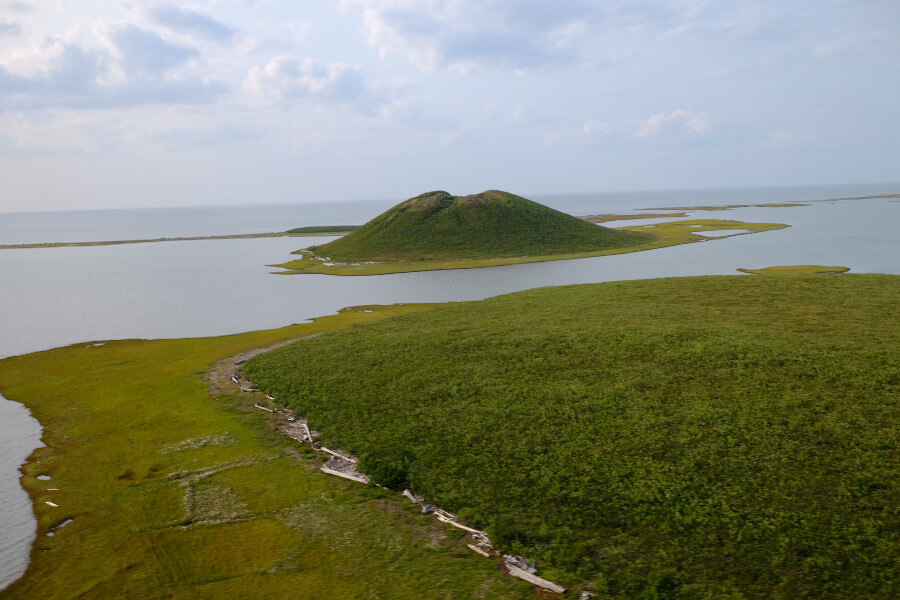 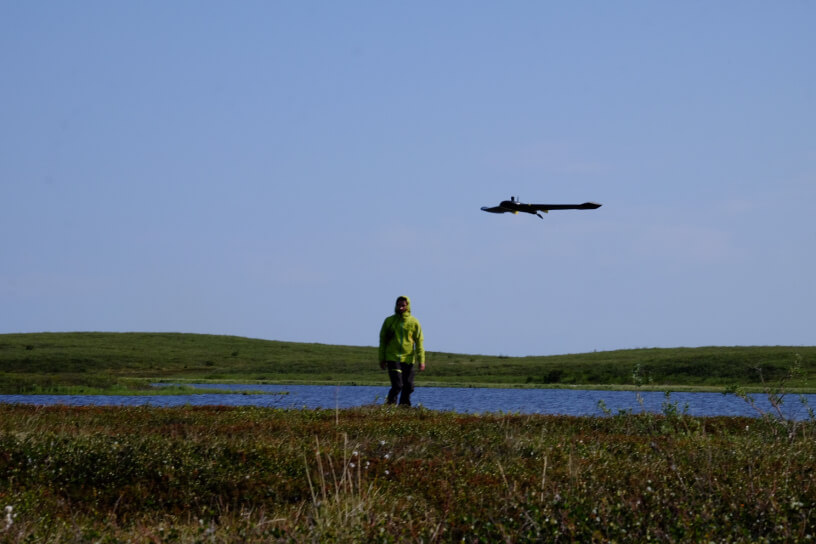 The summer season in the Northwest Territories has been extremely rich in data collection, scientific interaction and for improving the contacts with Indigenous communities. Pedro Freitas in the beginning of the season and Daniel Pinheiro in the end, had the chance to have extended stays in Inuvik and Tuktoyaktuk, strengthening their experience in Arctic research.

It’s now time to get back to our office and labs and start processing the field data and work on our first publications in the framework of Nunataryuk.