The ride is beautiful, spanning a vegetation gradient from the boreal forest to the arctic tundra. Closer to Tuktoyaktuk, we enter the Pingo National Landmark area, where 8 mounds of earth-covered ice are being protected. At the end of the road is the Arctic Ocean, right where oceanographers want to be! 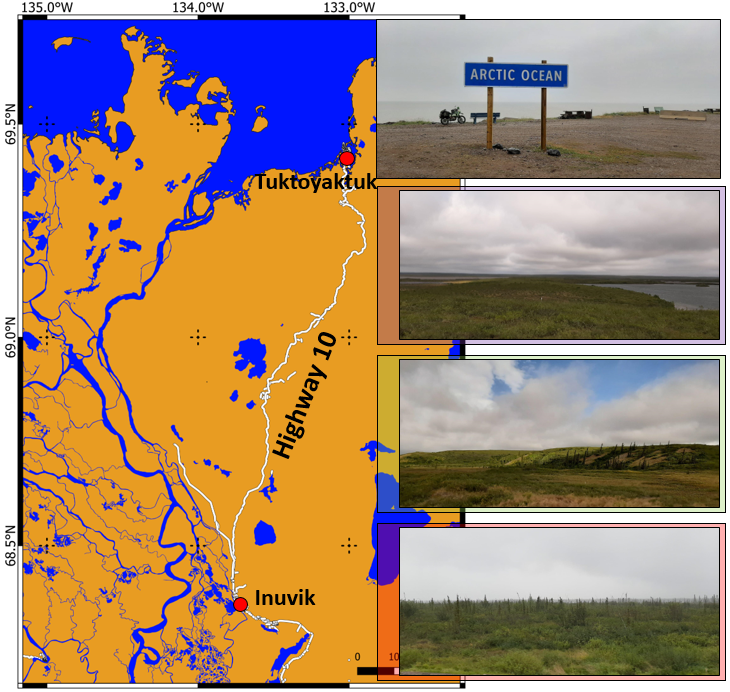 A fire is lit up at Smitty’s B&B where we will stay for a couple of days. First action on the list for August 1: validate the local forecast we had been screening for the past few days. Luckily for us, we profit from a 16 hour window of fairer weather between the hard-blowing winds of the past days, and a big storm due to arrive! 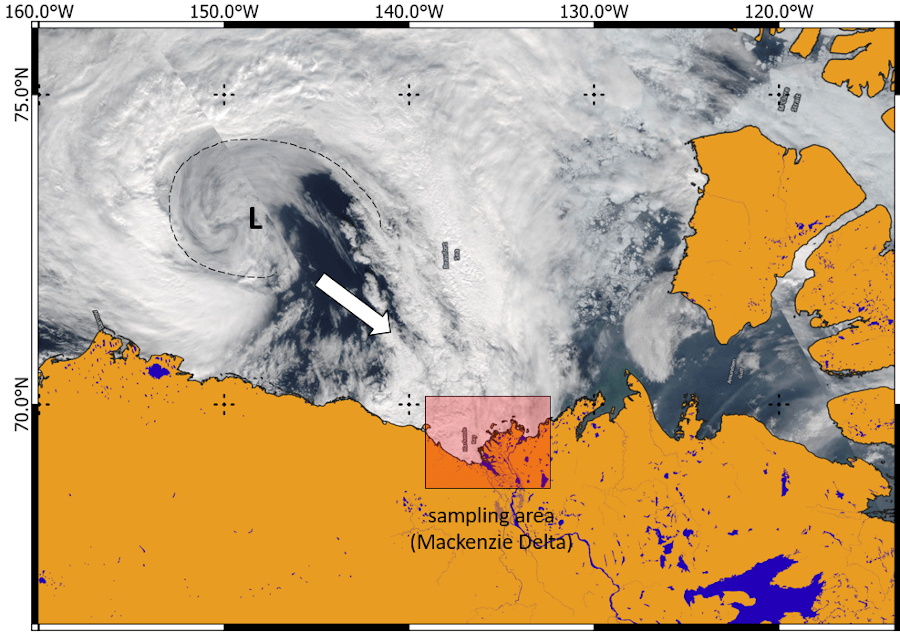 The following morning, August 2, we meet again with our great partners James Keevik and David Obie James Anikina with whom we had worked last July in the course of the same science program. The planning and preparation go smoothly as the team had developed a strategy during the previous month.

Meanwhile, that same day, Joannie and Emmanuel participate in the first ever Tuktoyaktuk Science Day organized by the Tuktoyaktuk mayor Merven Gruben and Scott Dallimore, from Natural Resources Canada. They join more than 300 people gathered to discuss ongoing changes of the land, sea, wildlife, and vegetation. Elders and young people, scientists, authorities, and governmental agencies all gather around a map of the Arctic to connect and discuss the meaning and relevance of ongoing projects for the people of the North. 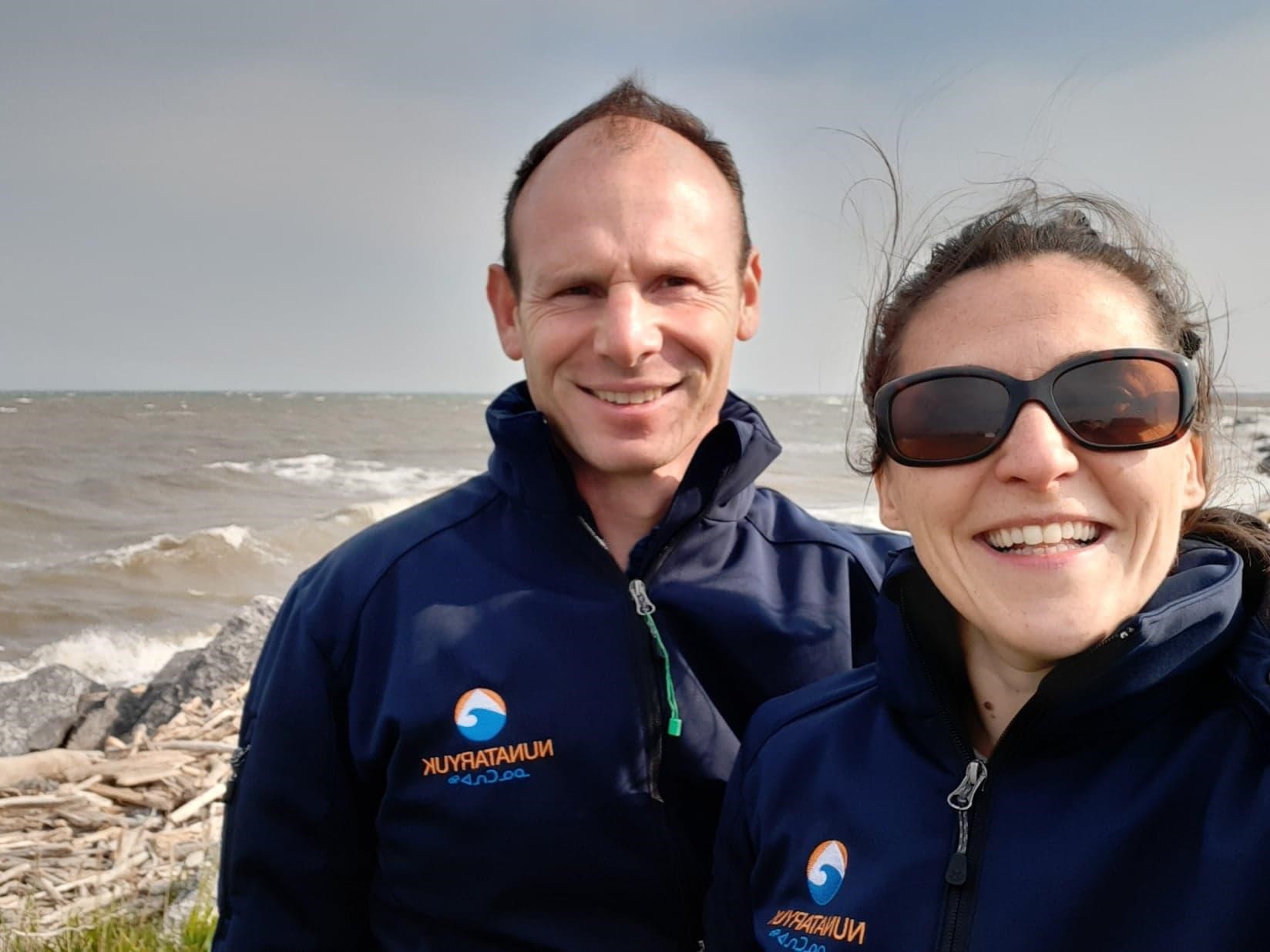 On August 3, 2h30AM, the anchor is lifted and sailors sample until 2h00PM to reach a record number of stations sampled in a day: 17. How quickly a 3-day program is squeezed into 12 hours, forced by mother nature! After the rewarding return of the field team to shore, Joannie returns on highway 10 to Inuvik, delivering part of the 290L collected during the early day, with the remaining water samples delivered by Rachael that same day! The lab team awaits the samples at the Aurora Research Institute in Inuvik for a last and long night of biogeochemical analysis for Expedition 3.

Another unique story about this team is the contribution of Obie, research monitor for the Tuktoyaktuk Community Climate Resilience Project. David Obie James Anikina shares his impressions with us: ”During my experience with the Takuvik team, I learned how to use different instruments to measure the particles in the water and the light that goes through the water. We started by installing equipment on the boat after which I was shown how to deploy the equipment with the crane and the pulley. I noticed a small light detector to look at the sky that served as a reference for the detector profiling in the water. Beyond learning how to sample the water, I also learned why we sample this water, with the numerous analysis done after collection. To sample the surface water, I used a water pump and rinsed water bottles prior to filling them up for later analysis. The skills I developed will be useful for me and for all of us at TCC doing similar studies with other devices and in other environments, such as lakes. TCC recently received a similar, but smaller, device like the 45 kg optical frame we deployed with Takuvik. With the experience I gained, I am now more trained to measure turbidity for example and to understand how to use the data itself. I also learned about navigation, how to locate our sampling sites on GPS and associate them to the environmental setting around us. I feel like my knowledge of local weather patterns was an important asset to the team as wind shifts can be dangerous and happen very quickly”. Science is one thing - but bridging with local knowledge, with people who live in this environment and experience the changes, is by far the nicest and most important part of our work! On our side, we learned through James and Obie how to read the wind and the sea in order to stay safe. We also learned how delicate it is to navigate in shallow waters as the bathymetry in these areas is continuously changing. We learned how to respect beluga behaviour if encountered, how local residents fish and hunt as well as how they transform the meat. David Obie James Anikina also shared stories about his other climate monitoring experiences. All along it becomes one story of connection! Only through these connections can we succeed. We are grateful for the opportunities to work and exchange knowledge with people from the North.