Well, this title is a bit of a short cut to describe the satellite activities that are taking place in the Work Package 4 (WP4) of the Nunataryuk project, but it summarises it all. Our aim is to characterise suspended and dissolved material exported from the Mackenzie River into the Delta and coastal Beaufort Sea. We are interested in carbon in its solid and dissolved forms to measure the impact of permafrost thaw on the carbon cycle. Satellites are very useful in the way that they can observe large regions with a high revisiting frequency (several times a day at this high latitude!) over long periods of time. For the type of satellites we use, which we call Ocean Colour satellites since they measure in the visible part of the solar spectrum (the same part of sun radiation that our eyes see), we have almost 20 years of imagery. 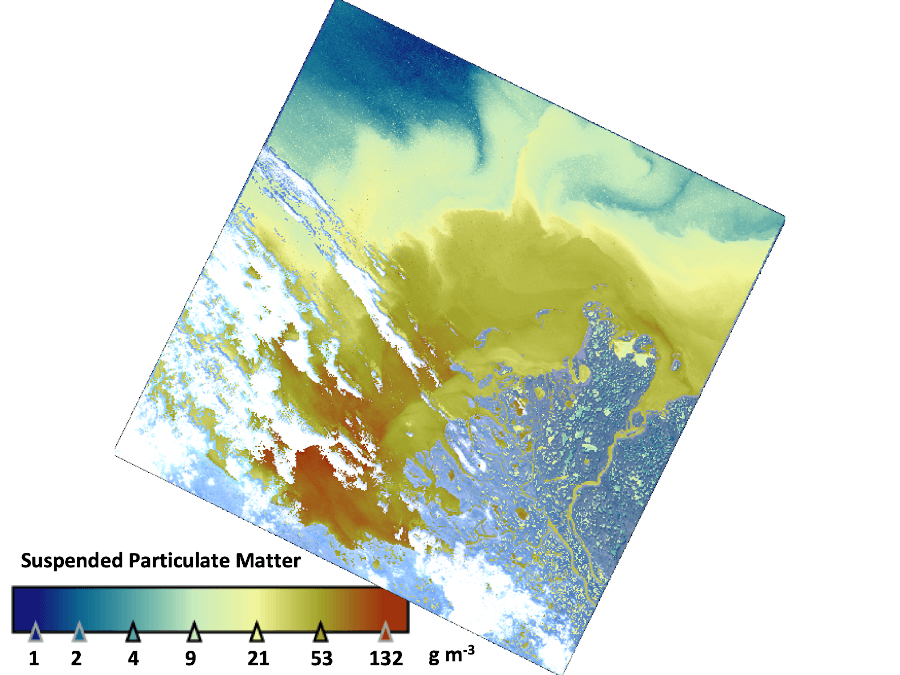 Using advanced computing programs, we can infer biogeochemical properties of the water including concentrations of matter, and notably, chlorophyll-a (how much phytoplankton), suspended particles, particulate carbon, dissolved organic carbon and water transparency just to name a few. For instance, Figure 1 shows the concentration of suspended particulate matter in the Mackenzie Delta and coastal Beaufort Sea, which was derived using a publicly available software (ACOLITE, Royal Belgian Institute of Natural Sciences). However, before we look in awe at these beautiful images, we need to develop elaborate algorithms to translate a panel of colour into physical quantities. For that, we rely on fieldwork where colleagues collect water that will be subsequently analysed in the laboratory, and measure the light field. The data that are collected in the environment are called ‘in situ’ data and they are used to improve the algorithms we utilize to estimate the parameters mentioned above. They also help calibrate and validate the data generated by satellite after our algorithms are developed. Like summer tourists, we hate clouds and bad weather as our satellites become useless since they do not see through clouds and turn our images in white squares, but 24h sunlight at polar latitudes during summer provides additional opportunities to observe the Mackenzie River. 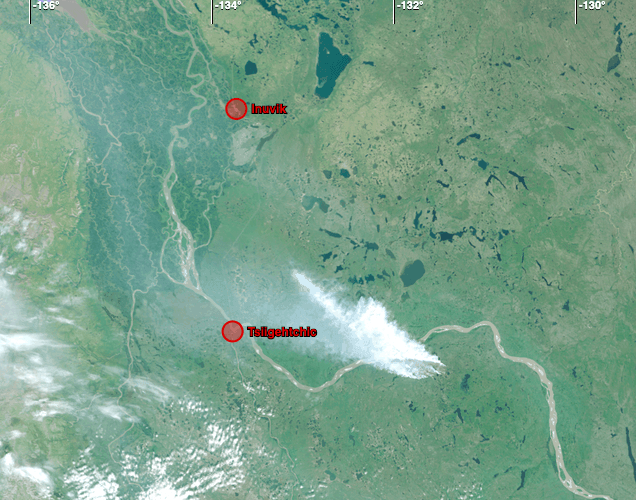 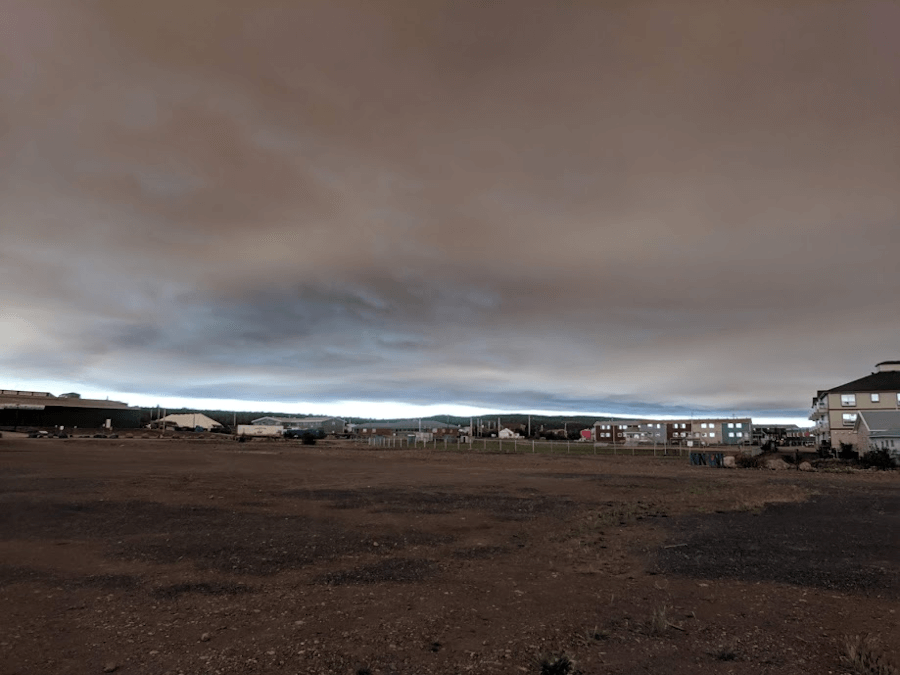 During expedition #3 of Nunataryuk’s WP4, we kept an eye on daily images from several satellites with various ground resolutions, from 10m pixel size (Sentinel-2 SMI, ESA) (see small details and maybe even your friends out boating) to 300m (Sentinel-3 OLCI, ESA), to 1000m (MODIS-Aqua, NASA). By using all these sensors we can identify the plume of sediment that exits the Mackenzie River and spreads along the Beaufort Sea coast to help the ground team optimise its sampling strategy. Additionally, we identified forest fires occurring south of Inuvik that explained the colourful skies we saw on the 27th of July and the smell of burning that filled the village (no, it was not our chief scientist, Joannie Ferland, burning her toast for the 100th time) (Figures 2a&b). As the field and lab teams are packing, our work is just starting since we will use all the precious data collected during all the expeditions (i.e., 1 to 4) to refine algorithms and ensure that we obtain the best data possible (meaning the closest to the truth). Then we will download tens of thousands of images similar to the one shown in Figure 3 that we will process (sometimes for weeks) to obtain time series of properties to help answer questions that arise from the warming occurring in the Arctic, the accelerating permafrost thaw and receding ice: How much carbon is being released to the Beaufort Sea and in what form? Are the loads of sediment being flushed out of the MacKenzie River increasing, and by how much? Where are all these particles going? By collaborating with colleagues from other projects in Nunataryuk, we will also help address coastal erosion, and by collaborating with colleagues at Fisheries and Oceans, we will monitor the conditions (visibility, temperature, sediment) over the last 20-years in the Tarium Niryutait Marine Protected Area and try to relate changes in marine properties with beluga migration patterns and habitat.