During our fifth week, we followed the Peel River on its way through great walls of loose sedimentary rock and out onto the Peel Plateau, where our river journey ended on August 2, 2019 at the Fort McPherson ferry crossing. Bill and Niek had driven the Klondike and Dempster highways from Whitehorse to re-sample all of our sites along the road and bring the samples to Inuvik. While Niek went on to fieldwork on the Yukon coast, seamlessly moving from one expedition to the next, Bill came to pick up the boat crew and all of their gear up at the river. 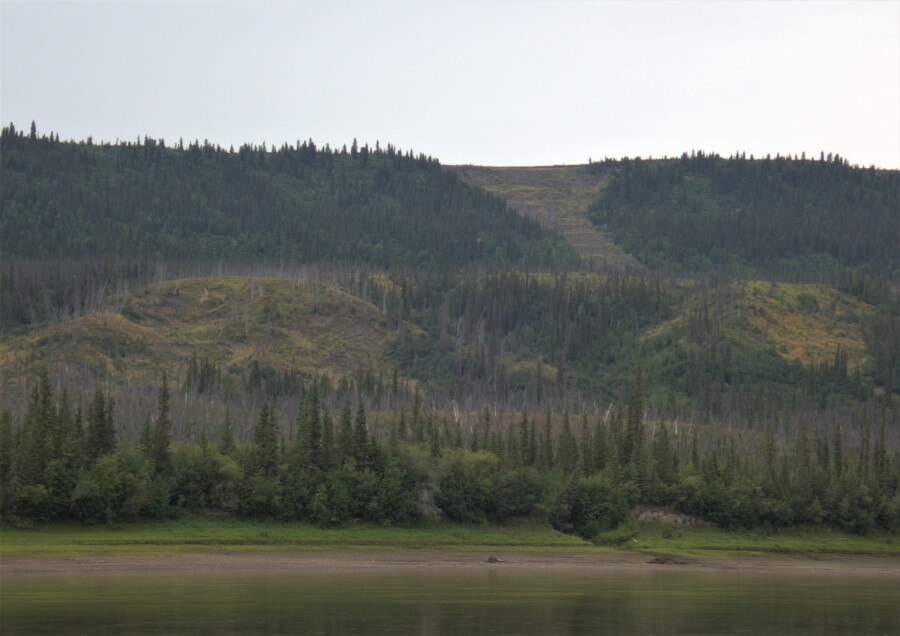 The river had grown wide, its flow barely perceptible, and to get to the rendezvous, we had had to fight against headwinds on some stretches. The relatively clear water of the Peel above Aberdeen canyon had become brown and laden with silt. The dryness of the year had an effect on the Peel River: water levels were at an historic low, and the flow was slow. We profited by it, because the river banks and gravel bars were wide and provided good camping sites. To help out with the low flow rates on the lower Peel, we fashioned a sail out of tent ground sheet and managed to get some help when the wind was favourable. The sampling continued and on the last day, we filled our bulk sample bottles, confident that analyses and subsampling would take place in a warm, clean laboratory at the Aurora Research Institute in Inuvik. 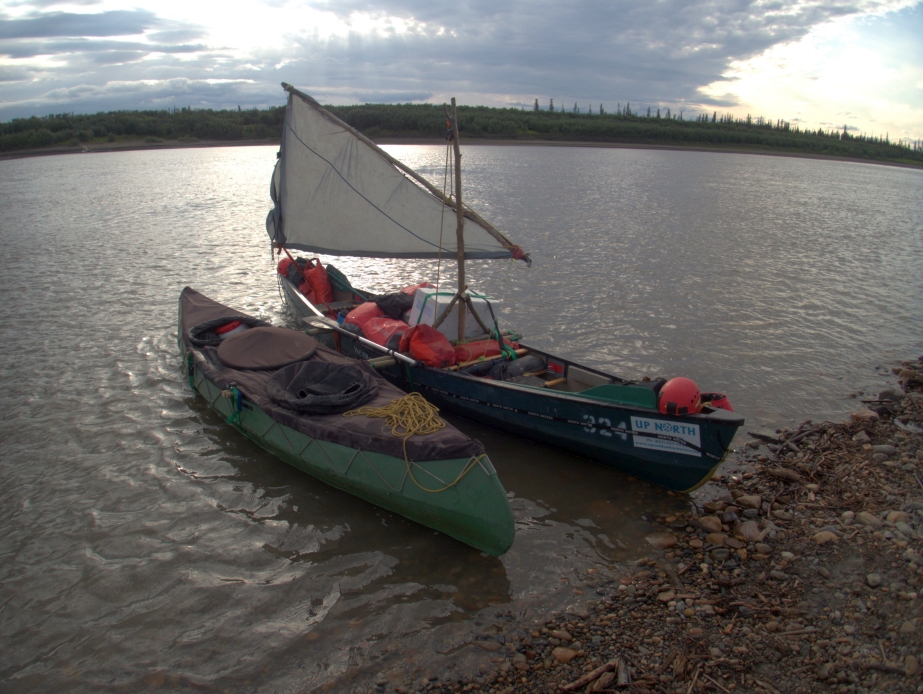 We saw much wildlife on our trip: beaver, moose (photo), grizzly and black bears, lynx, wolf and wolverine and many predatory birds. The banks of the lower Peel River were usually muddy and captured the tracks of wolves almost everywhere we looked. Beavers were spaced out every few hundred metres along the Peel above Aberdeen Canyon, and the slap of a beaver tail on the water accompanied our passage. What surprised us along the entire course of the lower Peel River were the ubiquitous signs of earth set in motion. Hillslopes had detachment slides and slumps, where the steep slope had failed and sent mud sliding down towards the river, uprooting trees and the forest floor. Entire valleys had filled with this slide material. We saw the effect in some of the streams flowing in to the Peel River, which were choked with sediment and concentrated with salt from the newly exposed sediments. We had many debates about what we were seeing: it seemed increasingly clear that most of the disturbance was fresh, less than five or maximally ten years old, and that the landscape showed little signs of prior disturbance at that scale. This impression was echoed by people we met at their fish camp downstream from Road River. Coming from Fort McPherson and Whitehorse, they come more than 50 km up the Peel River to spend summer out on the land. 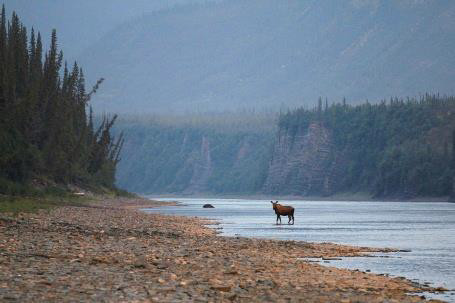 The next week will be filled with preparations for going home, with packing, one more trip for sampling along the road to Whitehorse and the trip home.