The third week began with a drive up from Whitehorse with new participants: Bobbi Rose Koe of the Tetlit Gwich’in First Nation, Jody Overduin (Canadian Parks and Wilderness Society – Yukon Chapter) and Kirsi Keskitalo (VU Amsterdam). We reached the Ogilvie River and met up with the canoe crew, who had hiked 21 km from the Blackstone River through boreal forest to reach the road. At this point, there was a re-shuffle of people, samples and supplies. Four participants continued work in the truck along the road to Inuvik or went on to other field work via Dawson City; six people set off by boat. This next leg of the trip started on the Ogilvie River, where it crosses the Dempster Highway, in three rafts and two canoes. We needed to get to the cache of equipment at the start of the Peel River, where the Ogilvie and the Blackstone meet. This meant 48 km of river in one day, more than we had done so far. It took us 9 hours, after which we were very relieved to find the equipment we’d left undisturbed. 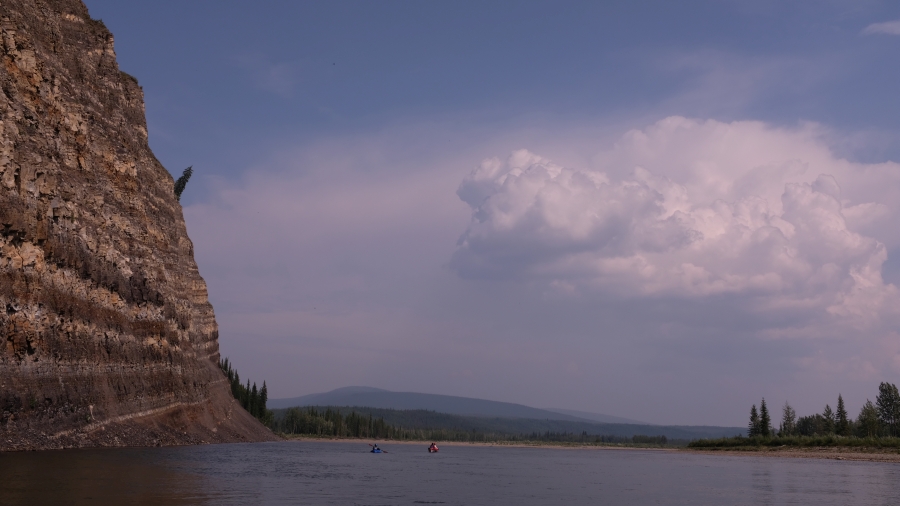 Over the following week, the river grew larger and presented us with more difficult stretches of rapids. Niek and Paul flipped their boat in the first set, having reacted too slowly to a sudden wave. With helmets, PFDs and drysuits, it was a matter of reaching shore, checking the gear and continuing on. The river water warmed up as we travelled, reaching 17°C. This, together with the warm air, had us jumping overboard frequently anyways to cool down. Over the first few days, we learned to function smoothly as a group over long work days: up at 6:30, pack the camp and load the boats, paddle and sample the river and its tributaries and then spend 3-4 hours each evening setting up camp, filtering, sub-sampling and conserving the water samples and the particles that we filtered from the water. Each morning, we re-attached sensors to one of the canoes to continuously measure water chemistry as we travelled. 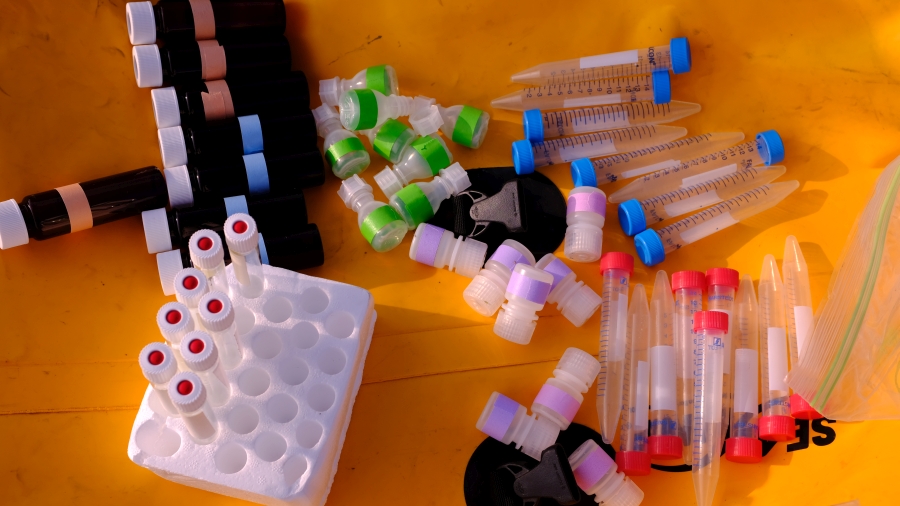 We had chosen sampling sites in advance, relying on Ingmar’s satellite image analysis, topographic maps and available imagery to find tributaries draining catchments with differing landscapes. The river hydrology had matured, from small mountain stream to proper river, but in many cases we needed to adapt our plans: this very dry year meant that many small streams had no water, and the river channels had changed so much since maps were made, that it was often difficult to find the streams entering the Peel River. Often, we needed to hike across the floodplain to reach our goal, testing our resilience to swarms of bugs. The dryness has also made this a year with many forest fires. Most days had forest fire smoke in the air, and the sun was often a pale orange circle in a hazy sky (photo). 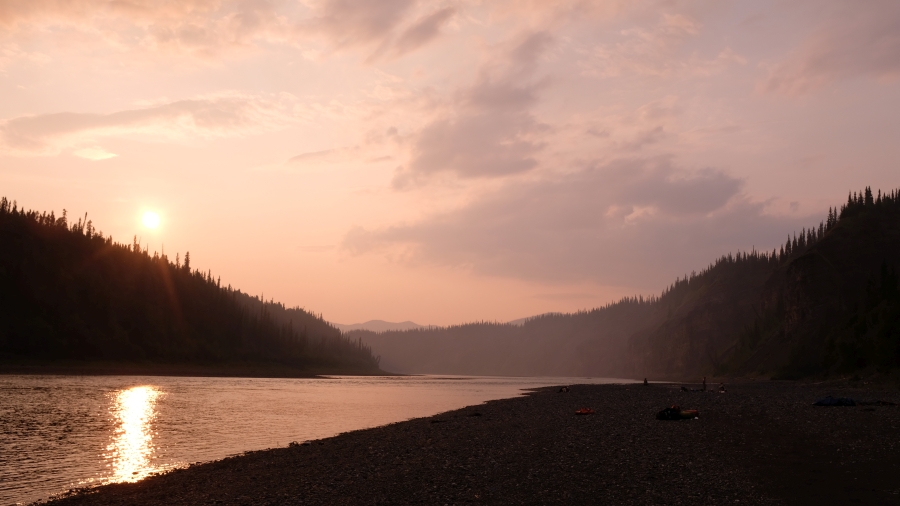 On July 21st, we reached the beginning of Aberdeen Canyon, an unsurpassable set of rapids in a deep canyon, around which we would need to portage our boats and gear. Sebastian and Jody scouted out the route, taking a first load with them - there was a path clearly visible through five km of marsh and forest.